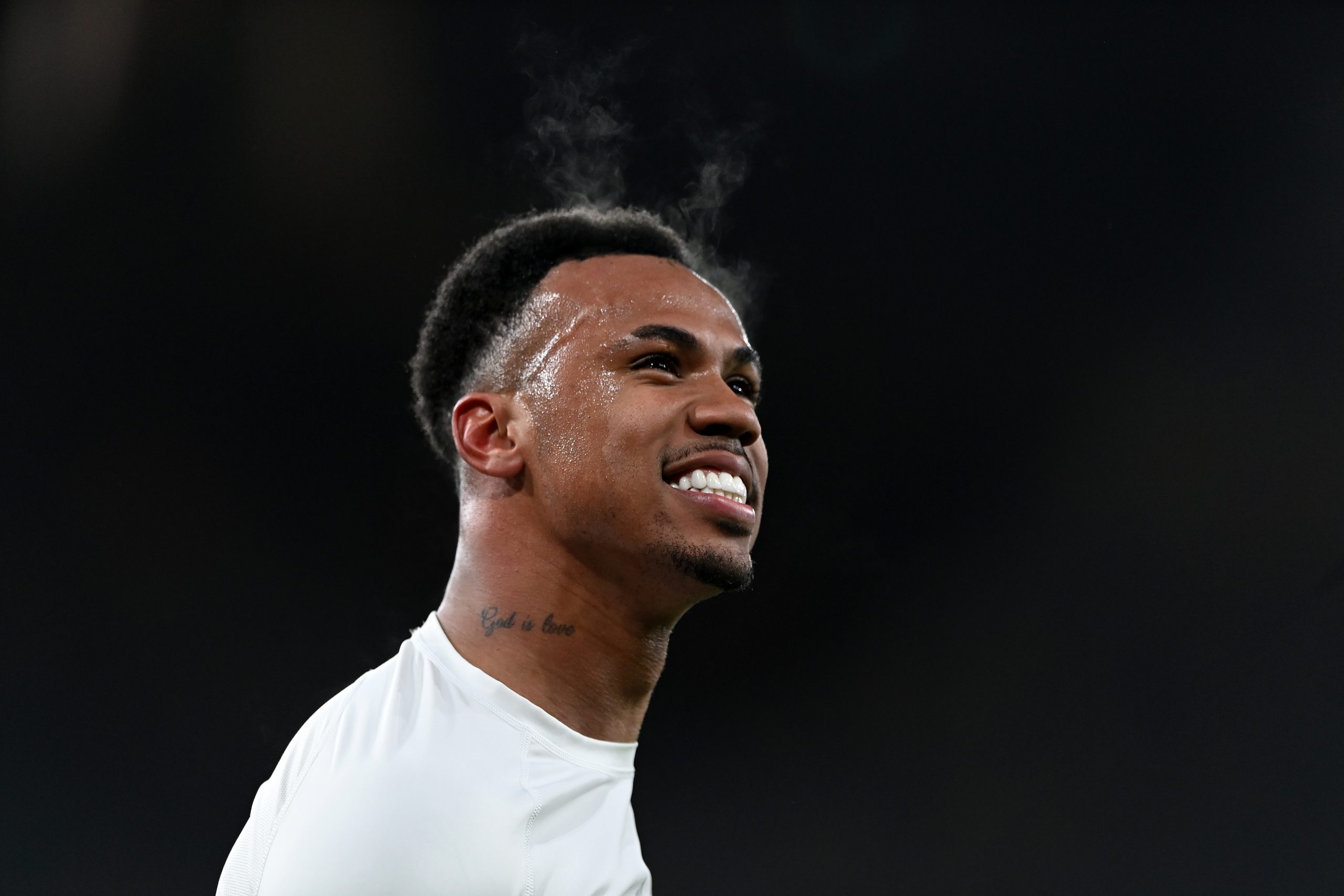 Earlier this week, there were reports of FC Barcelona setting their sights on Gabriel Magalhaes as part of Xavi’s plans to add a left-footed centre-half to his disposal.

The Arsenal star’s experience at the highest level of football, coupled with his leadership and technical skill makes him an appealing target for Xavi. His quality as a ball-playing left-footed defender only adds to his impressive profile.

The Brazilian could indeed be the missing piece of the jigsaw for the Barcelona defence that will have to soon cope with the retirement of Gerard Pique. His defensive partner Eric Garcia hasn’t been consistent enough either, leading Barça to scour the market for reinforcements.

While Gabriel was identified as an ideal option, it appears Arsenal have no intention to offload their defensive star, reports Fichajes.

The report suggests Mikel Arteta is a huge admirer of the Brazilian. He is aware of the impact Gabriel has made this season and is obsessed with the idea of making him the centrepiece of his defensive setup in the years to come.

As such, Arsenal are set to make life very difficult for Barcelona, as far as their pursuit of Gabriel is concerned.

The Catalans aren’t expected to give up quite easily either, but with the defender having a contract at Emirates until 2025, the club may have no option but to set their sights on other options in the market.

Barcelona are in contention to sign Cesar Azpilicueta. But the hopes of signing the experienced Spaniard are dwindling as well due to an extension clause that could keep the defender at Chelsea for another year.

The Blaugrana want to negotiate a potential deal with Chelsea this summer, but as things stand, it will be a surprise to see Azpilicueta or Gabriel to join Camp Nou after the end of the season.