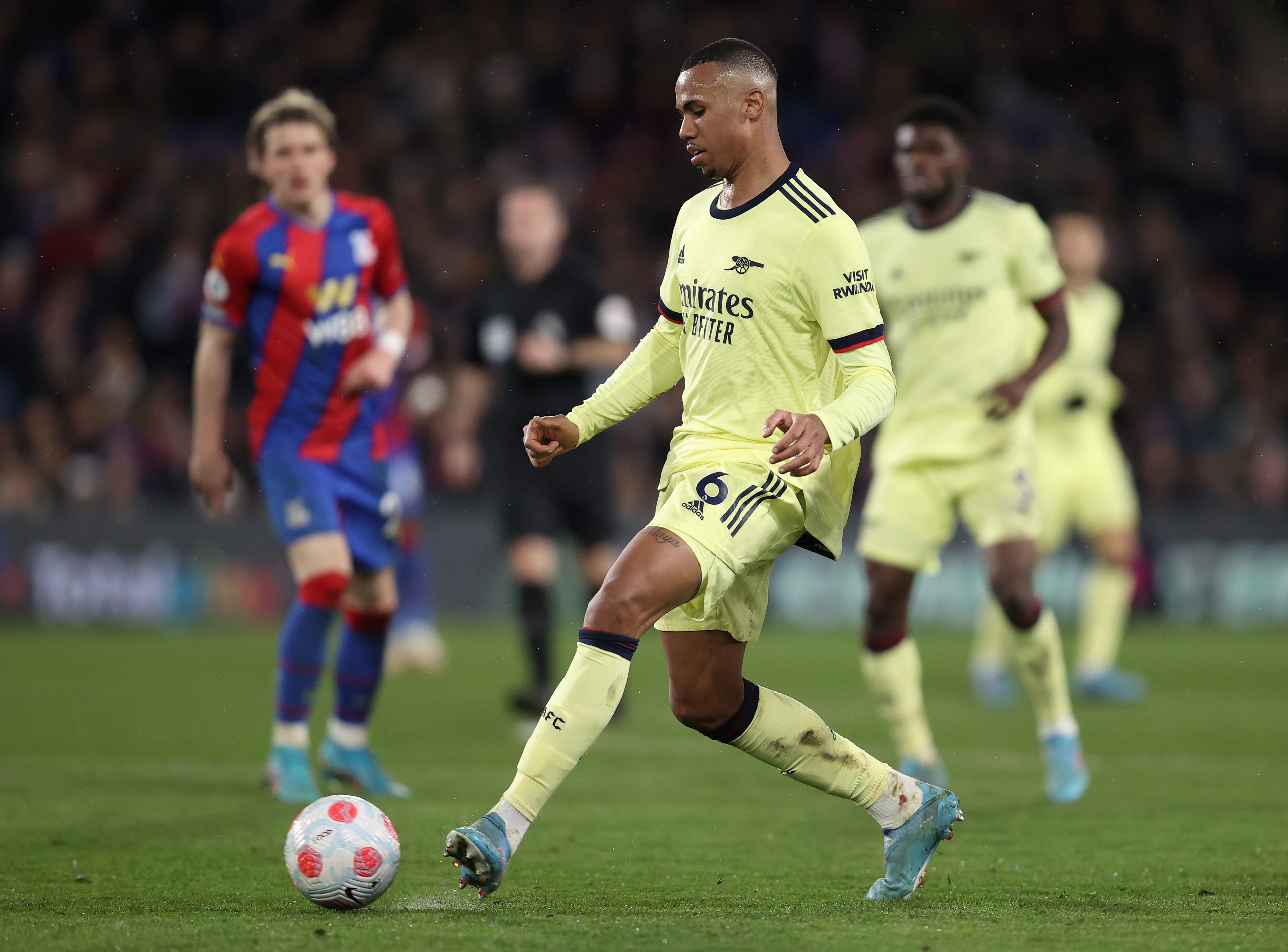 Barcelona have an important summer ahead of them. Joan Laporta and co. are expected to undergo a major squad overhaul, with the central defensive department being one of the major priorities.

Barcelona are expected to bring in Andreas Christensen from Chelsea, but Xavi has demanded another top-quality centre-back, who can preferably appear on the left side of the central defence.

The Catalans haven’t had much luck pursuing Antonio Rudiger, who is holding out for a hefty €12.5 million contract and an overall package worth €70 million.

As such, Barcelona have set their sights on another Premier League defender in the form of Gabriel Magalhaes, reports Diario SPORT.

The Arsenal star is a left-footed centre-back, who can ideally fit into Xavi’s backline. He can compete with Eric Garcia for a place in the starting eleven and can prove to be an ideal replacement for Samuel Umtiti and Clement Lenglet, who are both expected to leave.

Formerly of LOSC Lille, Gabriel has enjoyed immense success under Mikel Arteta in the recent past.

Alongside Ben White, he has become a defensive lynchpin for Arsenal and has played a crucial role in the Gunners’ bid for the top four places this season.

Having featured in a combined total of almost 100 matches in France and England, the Brazilian’s experience at the highest level makes him a desirable option for Xavi.

The 24-year-old is adept in possession while being versatile enough to appear as a left-back if required. However, much like Rudiger, the former Dinamo Zagreb starlet could cost a fortune as the defender’s current contract at Emirates doesn’t expire until 2025.

It would offer Arsenal the leverage to hold out for a hefty price tag for their defensive asset.

The report does state the possibility of a potential exchange deal, with Riqui Puig being one of the candidates, but Barcelona would want to put down a buy-back option if they do offload the midfielder.