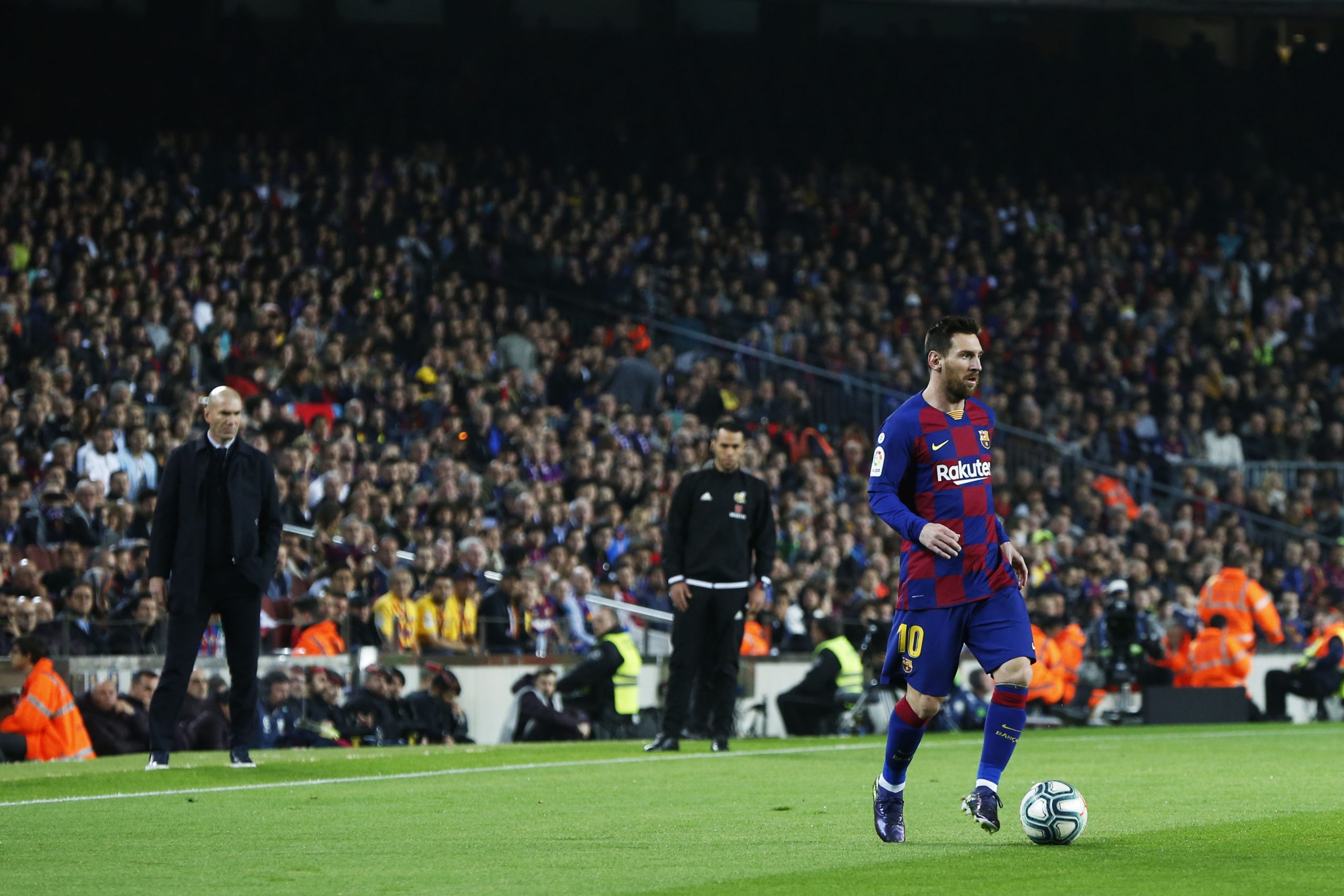 In the post-match conference (relayed by Cuatro) when asked the question about Messi’s contract situation, Zinedine Zidane had a pretty interesting answer to the question. The French coach responded that “Let him stay, let him stay. He’s very well here and it’s good for La Liga.”

This comes after the revelation of Sergio Ramos in his documentary that it was always difficult to face Leo and that they could have won many more titles if Barça did not have the Argentine at their disposal. Earlier in the past, the La Liga president Javier Tebas has also expressed that he wants Messi to stay in La Liga.

Tebas’s desire comes from the fact that after Cristiano Ronaldo’s decision to leave Real Madrid, the league at the moment has only one top face to market upon. If the six-time Ballon d’Or winner decides to leave, the finances of the league will surely be hit. However, Zidan’s statement, coming from a rival manager, speaks about the admiration that he has for the Argentine legend.

Messi will be facing Real Madrid in the Clasico tomorrow and will come on equal terms with Ramos for most appearances in the El Clasico. He will surely look to mark this occasion with a goal, something which he has not been able to do in a Clasico since 2018.

The away leg of this season’s Clasico will not be played in Santiago Bernabéu this time, a stadium which the Barça legend has dominated for more than a decade. The game will take place at Alfredo Di Stéfano Stadium, the training ground of Los Blancos.