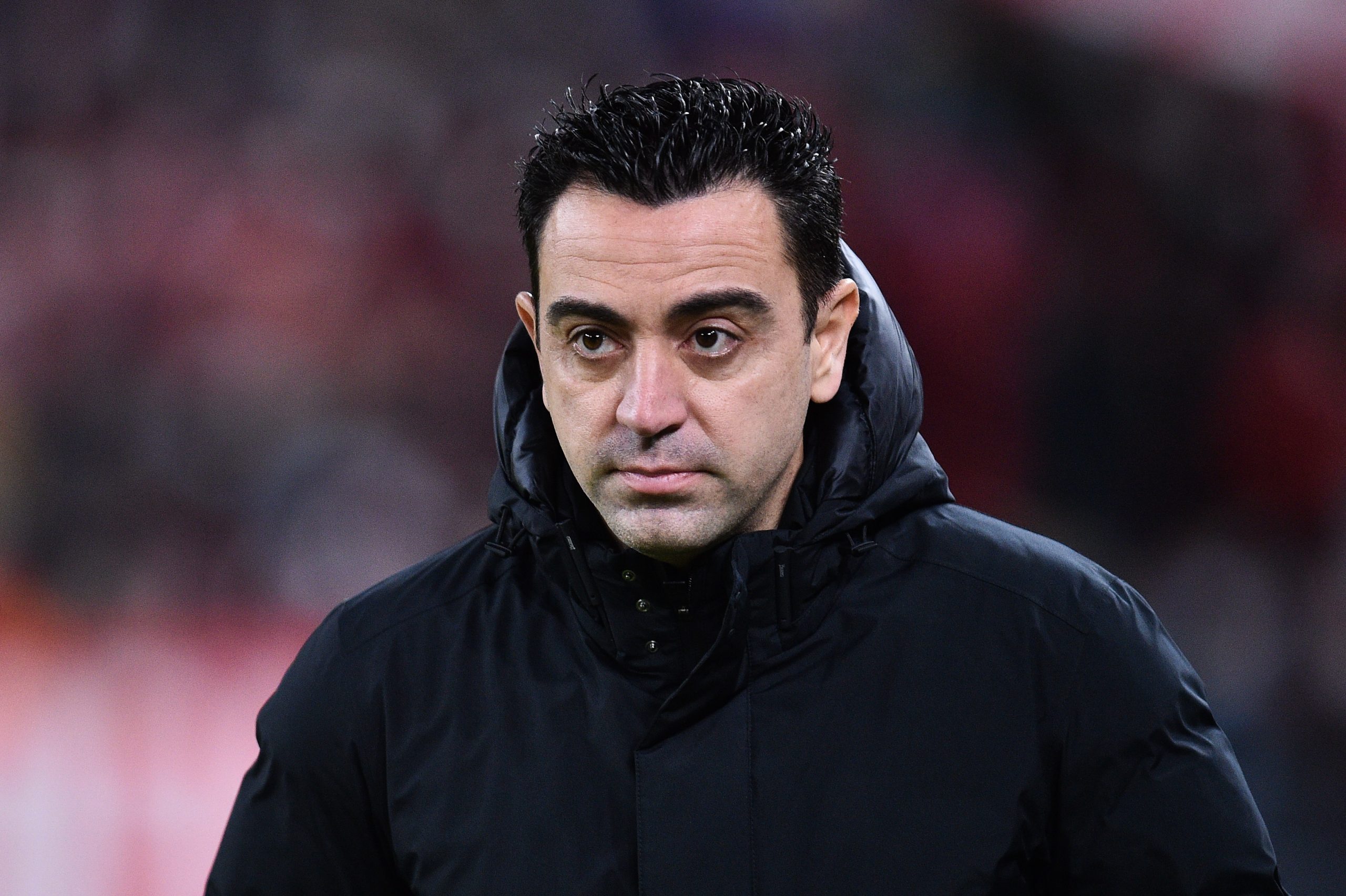 Following a sensational victory over Real Madrid in El Clasico, Barcelona stretched their unbeaten run to 12 games across all competitions. In six of their last 11 games, the Blaugrana have scored four goals and have averaged over 65% possession.

While the numbers on their own are awe-inspiring, the eye test shows there is much more to this resurgence under Xavi Hernandez. The team looks better drilled in every way imaginable. And though there is room for improvement, particularly in defence, this side seems entirely different even from the one that started this very season.

The Catalans have shown ambition, proactivity and character on the pitch. After the disastrous few years that the club has endured, Barcelona now look like the giants they always were. Going a goal behind in a match and being unable to recover, struggling to perform away from home, failing to turn up in important games and capitulating after taking big leads are all problems Xavi is steadily burying.

Barcelona’s talent pool was never the issue. But now that talent is coming to fruition under a manager bringing the best out of some of the most promising youngsters in world football. The team looks cohesive and willing to fight for themselves and their coach.

And no statistics can do justice to how valuable that is. Especially not after Sunday night’s win over their eternal rivals.

How Xavi’s Barcelona plan is becoming a success

Upon taking the reins off Ronald Koeman, Xavi immediately outlined his plan to take his boyhood club from a struggling side to a title contender.

“When things have been in order, Barça has been a winning team,” he made clear at his first press conference as Barça coach. “We believe that the best way to win is by playing well.

“We want happy, attacking football, without speculation, opening up the field, dominating the possession, knowing where the spaces are,” Xavi had said.

In Koeman’s last six games as Barça’s first-team coach, his side averaged 63% possession. But with a record of two wins and four losses across six games, the Blaugrana faithful were left wondering how the Catalan club dominated so much of the play but wasted so many chances.

Xavi, however, has flipped the script since arriving at Camp Nou. In the last 11 matches, Barça have averaged just over two per cent more possession than under Koeman. The critical difference is Xavi’s Barcelona have won eight of those games and not lost even one.

Xavi has re-ignited his side’s attacking abilities and taken them from a club being laughed at during the beginning of the season to being feared again. There is no longer the fear of going into big games feeling unprepared.

Of course, many more significant challenges await, such as the Europa League quarterfinals and fighting for La Liga, which is a very tough ask. But the signs are very positive, and Xavi’s Barcelona have passed many strict tests so far.

The Catalans are even on track to try and climb above Sevilla to second in the league table. It would’ve been unthinkable a few months ago, given how the campaign began.

Return of Juego de Posicion and the killer mentality

The ‘tiki taka’ that characterised Pep Guardiola’s era in charge of FC Barcelona has been absent in the club’s recent years. Some say Guardiola brought it with him to Manchester City, while others believe too many foreign imports tainted the club’s authenticity as a product of La Masia.

Whatever your opinion, Barça’s displays of late have been nothing short of exemplary. Particularly the games against Atletico Madrid, Athletic Bilbao and Osasuna.

Pedri and Gavi’s explosion in the midfield, Frenkie de Jong coming into his own and breaking opposition lines, Sergio Busquets continuing to do what he always has done by controlling each game’s tempo, have been massive catalysts for this rejuvenation.

Xavi has sparked new life in the Catalan side’s midfield, whereby we are now seeing an on-pitch relationship between the players like never before. The fluid, positional play that Barcelona became renowned for is slowly returning. Results are coming, and so is the style, much to the delight of the fans.

It has never been enough to win for Barca; they have to do so with character. And after losing their identity for so many years and being suppressed by Real Madrid since 2019, the fire within needed to be set alight once more.

Taking over a club that was struggling with both performances and finances, Xavi Hernández had a massive task on his hands to take his side back to the level everybody associates with Barcelona.

However, in a January transfer window that saw four players arrive as four others left, Xavi’s plan for the club is becoming a complete success so far.

With the return of club legend Dani Alves and La Masia graduate Adama Traoré, their passion for their former club has shone through in a handful of dazzling performances from the duo since the beginning of 2022.

Traoré’s registered just one goal in 23 matches for Wolves in the first half of the 21-22 season. But since returning to his home club, the L’Hospitalet-born winger notched four assists in his first six games and has generally been a menacing addition to the attack. His powerful physique and demonic pace, matched with his quick feet, have continued to terrorise opposition defenders.

On the other hand, Alves has provided support to the inconsistency of Sergiño Dest down the right flank. Despite not being quite as quick as the nifty 21-year-old, Alves brings a certain flair to Barcelona’s right side, and a level of nostalgia as fans watch him light up the Camp Nou once again.

Ferran Torres and Pierre-Emerick Aubameyang have continued to prove just why the club pushed for their signings. Consistent goal threat from the duo has provided Barcelona with a much sharper attack with which they can be secure.

Aubameyang has already racked up nine goals for the Catalans in his first 11 games, including a cheeky hattrick. He is getting into dangerous positions, drawing defenders to his movements, and finding himself in the right place at the right time to do what he does best — score goals consistently.

A fantastic brace on his premier El Clasico appearance proved that he can still be razor-sharp in the box and often the difference maker for his side.

Even though Ferran Torres has faced some scrutiny over lacking some clinicality in front of goal, his presence in the side’s attack cannot be understated. The former Man City forward has bounced back brilliantly after a string of missed chances against Napoli.

His contributions have been invaluable. The 22-year-old constantly finds himself in excellent areas and provides high-quality chances to his teammates. Since the first leg against Napoli, he has continued to show confidence and has chipped in with four goals and three crucial assists.

Despite a missed 1v1 early in the second half against the Galacticos, Ferran once again showed his quality and character by digging in and continuing to do the right things. Not much later, he too scored on his Clasico debut with a thunderous finish into the top corner before setting up Aubemeyang for the night’s fourth goal.

A few months ago, it was unthinkable even to consider the possibility of Erling Haaland arriving at Barcelona. It seemed as though Manchester City and Real Madrid, in the eyes of football fans, were the two destinations that made the most sense for the Norwegian talisman.

However, since Xavi has taken over and Joan Laporta has made his priority goal clear, bringing the Dortmund striker to the Catalan side seems more realistic by the day.

With the bulk of Europe’s top clubs interested in the striker, the potential move remains challenging, but Laporta has outlined his deepest desires to get his hands on the player, so only time will tell.

And who knows, perhaps the recent clash between his two prominent suitors, Barcelona and Madrid, could sway his decision.

Should Xavi get his wishes as to who he wants in the summer, fans will undoubtedly be eyeing up a chance at their first La Liga title since 2018/19. Not to mention that their players will also have an entire summer to prepare for the upcoming season due to having no international obligations.

Recent reports have also suggested that Ivory Coast international Frank Kessie is on the verge of a potential move to the Catalan side. Kessie, who scored 13 league goals for AC Milan last season, will undoubtedly add some reinforcements to the midfield with a physical and technical presence.

However the squad may line up next year, there is no doubt that fans and critics alike will be excited to see a fearsome Barcelona that the footballing world has missed these past few years.

Xavi’s management, planning and execution of his ideas has given Barcelona and their fans the belief that a new era could genuinely be underway.