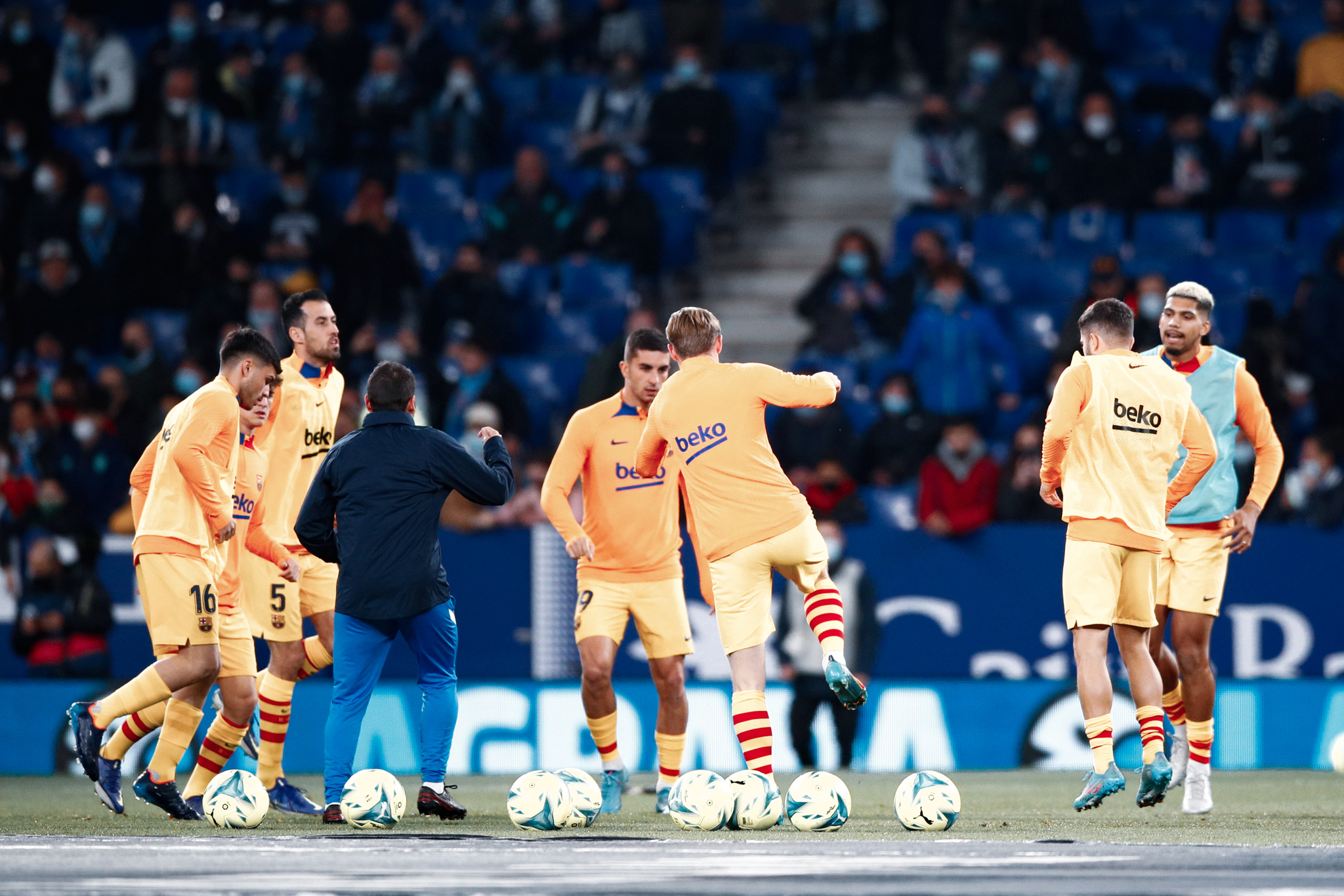 The idea of controlling matches has long been at the heart of Barcelona’s style of play. The influence of Johan Cruyff is now more than common knowledge, and can still be seen all throughout the footballing world – not just at the Camp Nou.

At its most effective, Barça’s desired style allows a team to dictate the flow of games. Control is established in possession – where the opponent cannot harm you – and maintained by limiting the opponent’s time and opportunities for ball progression to a minimum.

This style often results in high possession numbers, but can we go beyond simply comparing total pass tallies?

The Athletic’s John Muller has taken a more granular approach to control. In the graph below, he looks at how Premier League teams possess the ball relative to their opponents across 30 zones.

One thing that is immediately clear is the diversity of styles practiced by different sides. Of course, there is no singular correct way to play, and this becomes especially true depending on the players at your disposal.

The Premier League side who establish the most control is unsurprisingly Pep Guardiola’s Manchester City. The Spaniard was notably a key player under Cruyff, and owes much of his managerial success to the Dutchman as well, stating, “Without him I wouldn’t be here. I know for sure this is why I am, right now, the manager of Manchester City and before that Bayern Munich and Barcelona.”

On the opposite end of the spectrum, you have a side like Burnley. Sean Dyche’s team keep the ball very little in their own half, instead, they are looking to play direct towards the attacking wide areas before sending in crosses.

Barça look pretty good here, and it is a good reminder that, at least in La Liga, the side have still been pretty controlling in terms of underlying performance.

More nuanced details about the side are also reflected. For instance, Barça’s tendency to progress down the left.

Controlling La Liga matches is all well and good, but in recent years it has proven to be much different than dominating Europe’s elite sides. With that in mind, how did Barça manage territory in this season’s unsuccessful Champions League group stage?

This certainly does not look as dominant. For one, there were a couple more zones in the defensive half ceded to the opposition. On top of that, the same level of control was not established in key central areas around the opposition box.

For even worse of an image, we can filter this down to only the two matches against Bayern Munich.

While not inherently awful for a battle against one of the best teams in the world, there are a couple of key details that show just how wide the gulf in quality is.

You can see that Bayern were able to control that whole wing down Barça’s left side of defense. It was the German side that imposed their will and prevented Barça from playing their desired way.

Additionally, it was the German side who should have had more reason to let Barça control territory for most of these matches. Only around 1/3 of the two matches was spent at a 0-0 scoreline, and it was Bayern who came into Matchday 6 having already clinched the top spot in the group. The large majority of the time, they should have been the side more content to sit back.

Obviously, this type of visualization is not needed to know that Bayern Munich are the far better side. However, it is interesting to see just how effectively this elite European team was able to stifle Barça.

By comparing the territory control of Ronald Koeman’s Barcelona and Xavi’s we can gain a bit of insight into the different approaches taken by the two managers. The highlighted zones below are the areas that have seen the greatest increase from Koeman’s average touch differential to Xavi’s.

Clearly there is a shift to one side of the pitch here. In the deepest buildup areas, Xavi’s side have been exacting more control over zones on the right flank.

On the other hand, there has been less control in the attacking right half-space and in zones just before midfield than under Koeman.

Of course, it is still early in Xavi’s reign. Like with all new managers, time will give us a better indication of his intentions. Still, it is interesting to see some of the stylistic changes already.

Barça have long played in a manner that values control, and this is still apparent even given some of this season’s struggles. What is worrisome, though, is the fact that in the Champions League and against top opponents, cracks in this control frequently appear.

This is something that Xavi will definitely be working to improve upon. Not to put the Spaniard in the same bracket of footballing minds whatsoever, but Xavi saw Guardiola’s work firsthand as Guardiola saw Cruyff’s. We will have to see what the club’s future holds.