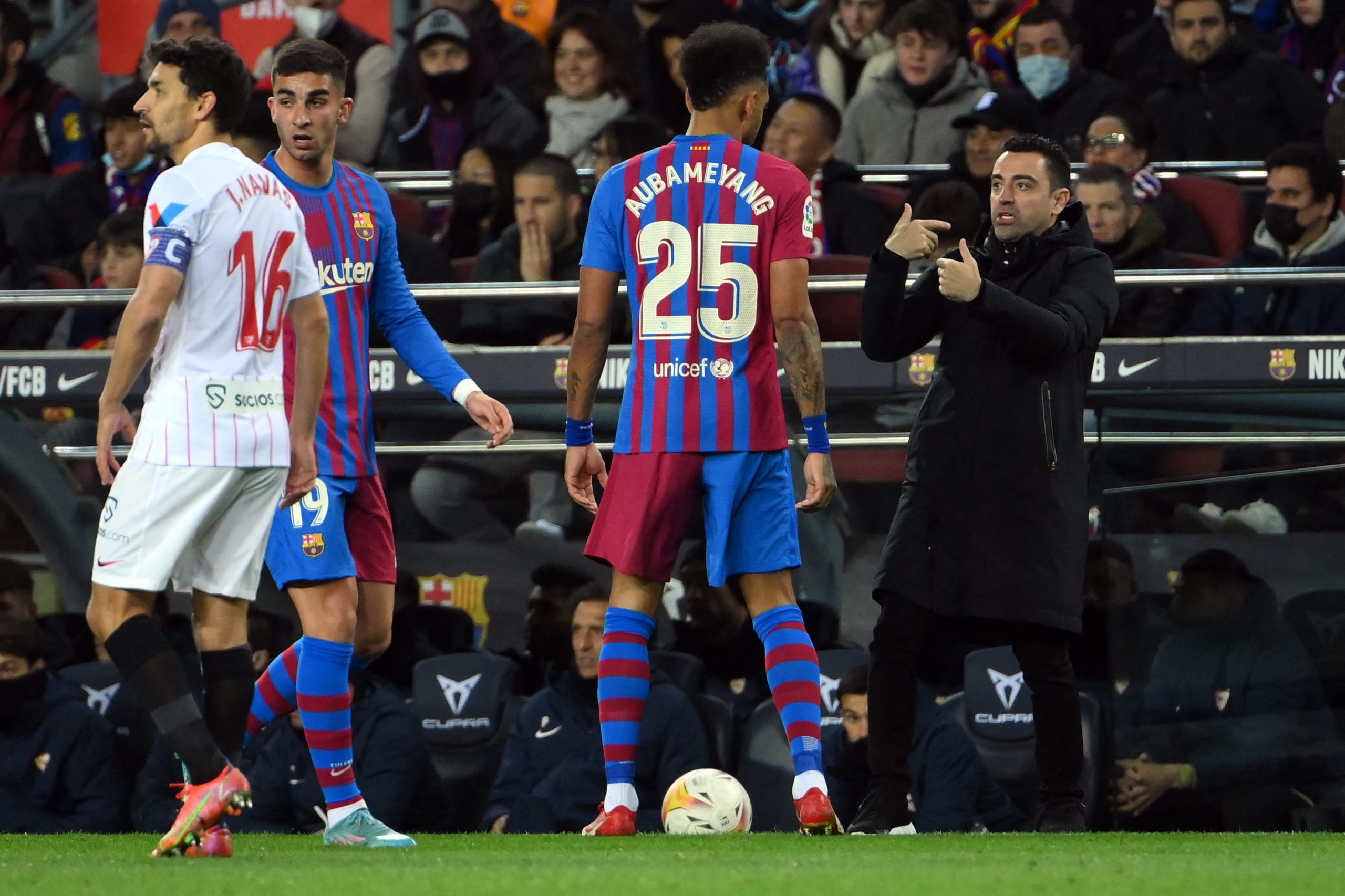 Barcelona continued their revival under Xavi Hernandez as they secured a hard-fought 1-0 win over Sevilla on Sunday night.

Los Nervionenses made it difficult for Barcelona on the night at Camp Nou as they defended stoutly to keep the hosts at bay for a long time. However, a 72nd-minute strike from in-form prodigy Pedri was enough for the Blaugrana to clinch a crucial victory.

The result sees Barça move up to second place in the La Liga standings – 12 points off of league leaders Real Madrid with a game in hand.

Speaking after the game (h/t BarçaTV+), manager Xavi spoke highly about the performance of his team, saying: “We played a nearly perfect game. We’re at our best. Today’s win is extremely important for the morale of the team.”

He also gave credit to Sevilla for making it tough for the Catalans, saying: “Sevilla played an excellent game. We are talking about a big team with a veteran coach, we had difficulties in the first half.”

“Sevilla are the best defensive team in the league. I think they have only conceded 20 goals and that tells you how great they are.”

Performance and the fans

Xavi also credited the Barcelona fans for creating an atmosphere from which the team could draw confidence. “The fans were especially brilliant today. It made us lift our spirits for sure. There is a very good harmony with the fans and we must take advantage of it.

Further elaborating on the performance, Xavi added that this is the way he wants his team to play. However, he lamented over the lack of the final pass, which made things hard for the Catalans on the night.

“This is the model. This is the idea, the style of play. This what we have been working on. We should have won the game by more than one goal. It seemed like the ball didn’t want to go in. I was frustrated. We’re missing the final ball sometimes,” he said.

“Today we didn’t allow Sevilla to create much, while we on the other hand, created a lot. If we had scored early, we would have scored several goals today. We were missing the final ball, and they defended quite well,” he added.

Xavi then lavished praise on the goalscorer Pedri and Ousmane Dembele, who gave the assist for the Spaniard, for producing the match-winning moment. “We had a hard time finishing, but a pass by Ousmane and the touch from Pedri decided the match,” he said.

The manager was then full of praise for Pedri but stressed that the Spanish international should be scoring more goals than he has so far.

“Pedri is a very important player who makes the difference. He played a perfect match, like the rest of the team. A player like Pedri should finish the season with a lot more goals. We are working on that,” he said.

“Pedri is a superb player. He makes the difference. We encourage him to shoot and he’s able to score these goals. It doesn’t surprise me, we see it every day in training.”

“Pedri is a leader already. There are different kinds of leadership. For Pedri, he is the leader that always wants to have the ball. That’s why he reminds me of Iniesta,” he said.

Leaders of the team

Apart from the club captains, the 42-year-old also credited several other team members like Ronald Araujo and Dani Alves for leading by example out on the pitch.

The result saw Barcelona move up to second in the table, which is a stunning rise considering they were a lowly ninth when Xavi took over in November last year. The manager highlighted the progress being made, while also talking about how his side had stepped up against big teams.

“We’re competing well and getting good results, but we have not won anything yet. We have not done anything. We have to continue to work exactly the same way. We have competed against big teams like Madrid, Atletico, Villarreal, Sevilla and Napoli.”

With league leaders Real Madrid now in sight, Xavi insisted that Barcelona will fight for the title as long as they are mathematically in with a chance to win.

“Today’s game is like winning 6 points for us. It means a lot. “As long as the math doesn’t rule it out, we’ll keep fighting for La Liga. If we cannot win La Liga, we will at least continue to put pressure on Madrid,” he added.

Barcelona will take on Eintracht Frankfurt in the UEFA Europa League quarter-finals up next.