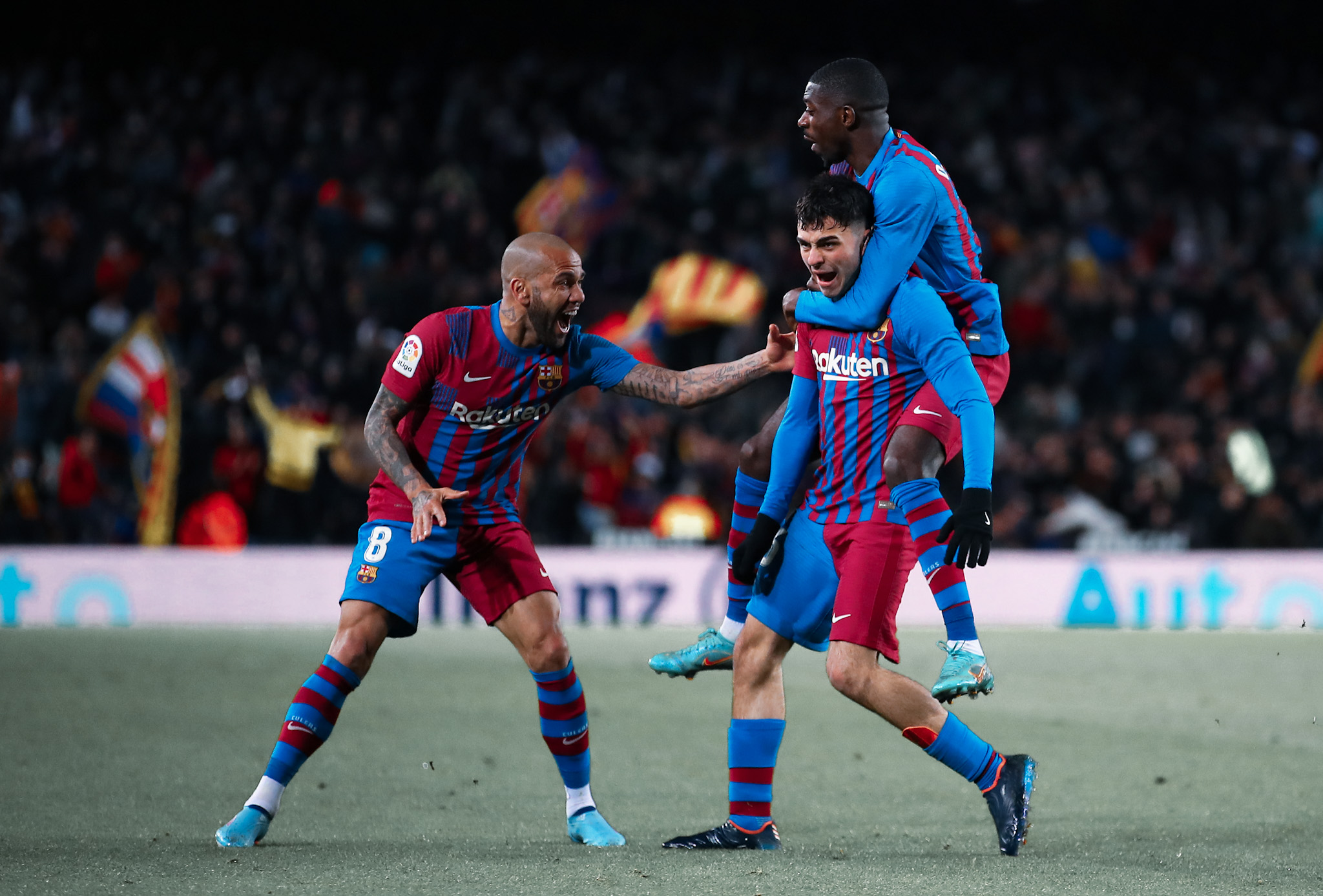 Fourteen days after their 4-0 win over Real Madrid, Barcelona returned to action in La Liga. The Catalans played host to Sevilla in front of a completely booked Camp Nou in what was an electric atmosphere.

A win against Lopetegui’s side would take the hosts’ level on points with Sevilla, albeit with a game in hand. Xavi opted to go for a similar lineup to that which faced Los Blancos.

The only changes on the night were the return of Dani Alves at right-back and Ronald Araujo at central defence.

The game began in a dramatic fashion with an ugly clash between Sergio Busquets and Gerard Pique in the second minute. The captain looked to be in deep agony and one expected the veteran to be replaced. However, immediate medical attention ensures his continuity.

The first headlining chance of the night fell to Ferran Torres. In the eighth minute, the Spanish winger cut inside and fired a shot on goal just wide of the post. Minutes later, Frenkie de Jong’s header went over the bar as the side wasted a second opportunity.

What followed was a frustrating spell of football that saw neither side create any clear chances. Both teams pushed each other to the limit but failed to get past the defence.

It was only in the 44th minute that the Blaugranas created their next big chance. Pedri put in a wonderful ball at Dembele’s disposal which he then headed towards Aubameyang. Only a Jules Kounde interception denied the hosts an opener. A minute later, Bono wonderfully denied the Gabonese striker once again.

Sevilla got off to a bright start in the second period when Lamela fired a low shot toward ter Stegen. However, it was easy pickings for the German international.

In the 51st minute, Pedri made an audacious attempt by skipping past three Sevilla men only to be stopped by Diego Carlos.

Barcelona were being frustrated by the visitors’ defence and ramped up their attack after the hour mark.

In the 63rd minute, Dembele’s cross was fired over the crossbar by Ferran Torres. Immediately after, Araujo’s header was saved by the visitor’s goalkeeper too before repeating the same feat against Torres’ shot in the 65th minute.

The game heated up with Sevilla having a couple of chances of their own. The goal eventually came in the 72nd minute through an unbelievable Pedri goal. The teenager held his composure on the edge of the box as he patiently wove his way through the Sevillan defence. He then put a powerful strike past a helpless Bono.

A frustrating 15 minutes followed, but the visitors were given no way back into the game. Rafa Mir’s effort was blocked in the 92nd minute, and Barcelona emerged victorious in a thrilling encounter.