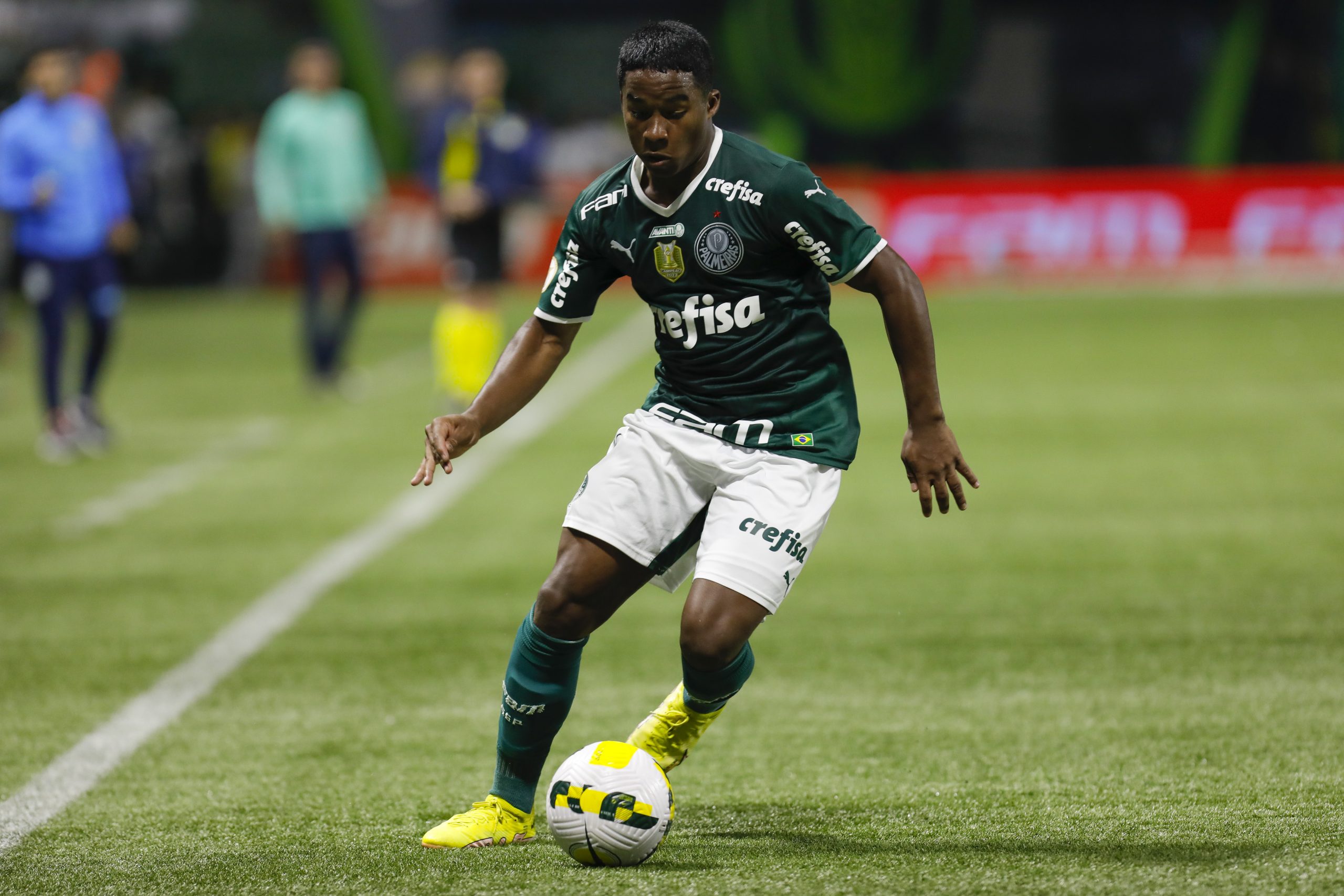 This past weekend, Barcelona manager Xavi Hernandez confirmed that the club were interested in signing Palmeiras wonderkid Endrick Felipe and were holding talks with the teenage striker and his camp about a possible switch.

The 16-year-old Endrick is one of the most sought-after young talents on the planet currently. After bursting onto the scenes at the Copinha tournament in Brazil earlier this year, the young forward has made a breakthrough with the Palmeiras senior team, scoring three goals in seven matches.

Barcelona have held a long-standing interest in Endrick, along with arch-rivals Real Madrid while the likes of Paris Saint-Germain and Chelsea are also keen on securing his services.

Now, a report from SPORT has shed some light on Barcelona’s pursuit of Endrick.

As per the report, Barcelona manager Xavi met with Endrick at the club offices back in February earlier this year.

This is believed to have happened when the teenager, who was 15 at the time, was on a European tour, visiting several major cities and clubs along with his family.

Endrick was in attendance at Spotify Camp Nou when Barcelona faced Napoli in the UEFA Europa League in February. After the game, the youngster is reported to have met with club legend Dani Alves, who was still a Barça player at that time.

The following day, Endrick and his father were given a private tour of the Barcelona facilities. They were at the Ciutat Esportiva complex when they ran into Xavi.

The report indicates that a casual chat between the two parties turned into a formal talk during which Xavi gave Endrick and his father an insight into the club’s plans and project, while also making clear his admiration of the teenage wonderkid.

In doing so, the 42-year-old tactician opened the door for a possible move for Endrick, with the youngster believed to have been greatly impacted by his chat with Xavi and the praise he received from the legendary figure.

Endrick signed a three-year contract with Palmeiras in July which contains a €60 million release clause. The Brazilian outfit are demanding that the said clause be met by suitors if they wish to sign the 16-year-old prodigious talent.

Given Barcelona’s financial problems at the moment, shelling out such money on Endrick seems a distant possibility.