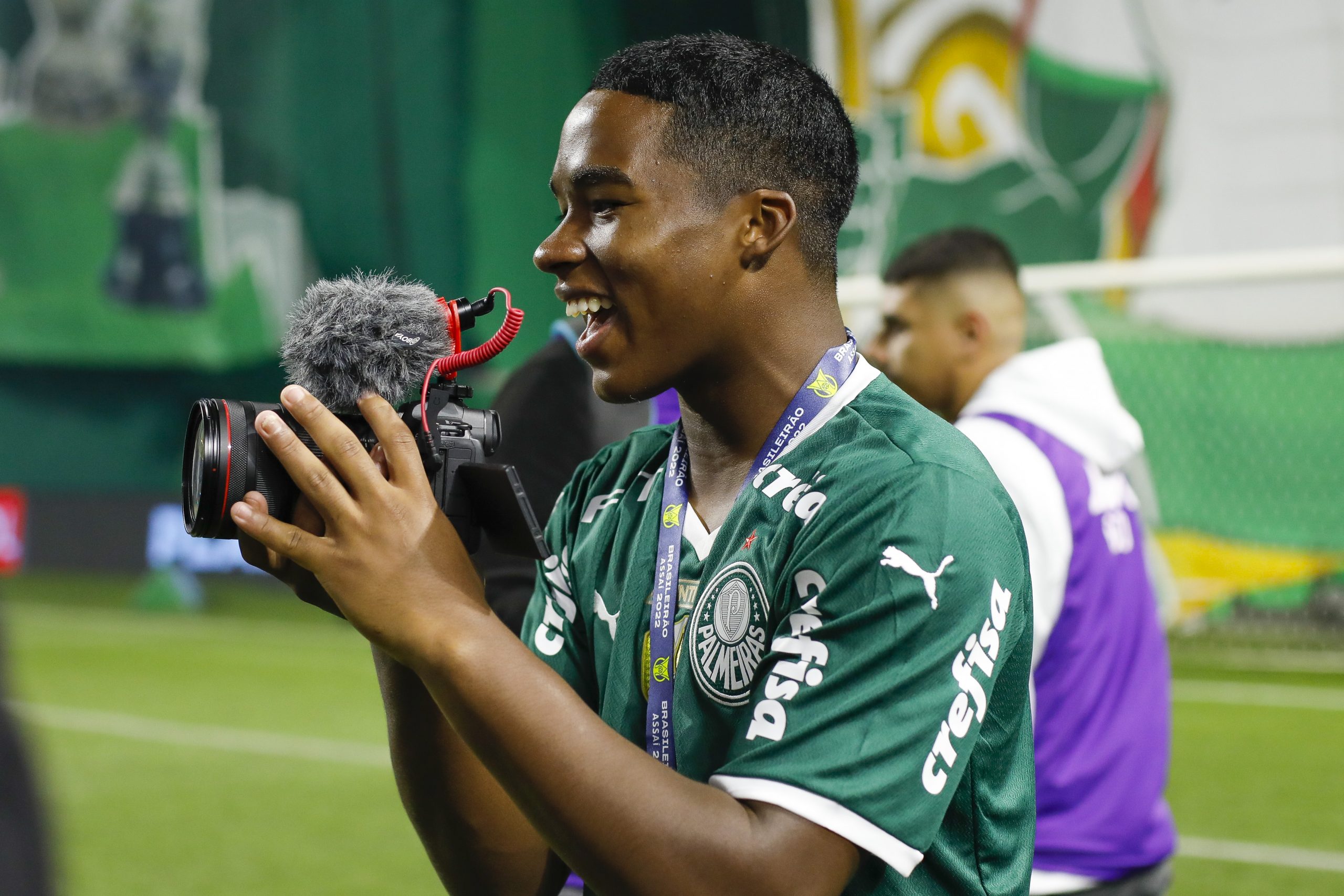 In an interview with ESPN Brasil, Barcelona manager Xavi Hernandez has revealed that the club are in talks with Palmeiras wonderkid and Real Madrid target Endrick Felipe.

The 16-year-old striker is one of the most sought-after prospects in the world of football currently, having exploded in Brazil this year. Endrick first made a splash at the Copinha tournament with Palmeiras’ youth team before breaking into their senior setup recently.

Endrick has already scored three goals in seven first-team appearances for Palmeiras, helping them win the Brazilian Serie A title.

A number of clubs like Paris Saint-Germain, Real Madrid and Chelsea are in the race for the teenage forward’s signing along with Barcelona.

Recent reports indicated that PSG had taken the lead in the race for the 16-year-old’s capture and given Barça’s financial situation, they seemed set to miss out on him.

But Xavi has made a surprise revelation that he and Barcelona have been holding talks with Endrick and his father and that he wishes the teenage prodigy joins the Blaugrana.

“We have been talking to his father and also directly with the player. I explained the project we have at Barcelona. We want talent and he is a talent, capable of making a difference,” Xavi said.

“He has the goal, he has the dribbling, he has a brutal ability to make a difference. He is a player of the present, who is already playing in the Brazilian league, and also of the future,” he added.

Further insisting that he hoped to see Endrick sign for Barcelona, Xavi said: “He is the type of player we need. He already knows the project we have at Barcelona and we are talking. I hope he joins Barça.

“It depends on him. It always depends on the player. Normally, a player ends up playing where he wants to play. So it is a very personal decision of Endrick.”

Endrick signed his first professional contract with Palmeiras in July earlier this year after he turned 16. The deal contains a €60 million release clause and the Brazilian club will not negotiate a lower price to sell their asset.

With Xavi revealing that Barcelona are working hard to convince Endrick, it will be interesting to see if they beat PSG and Real Madrid to his signing.