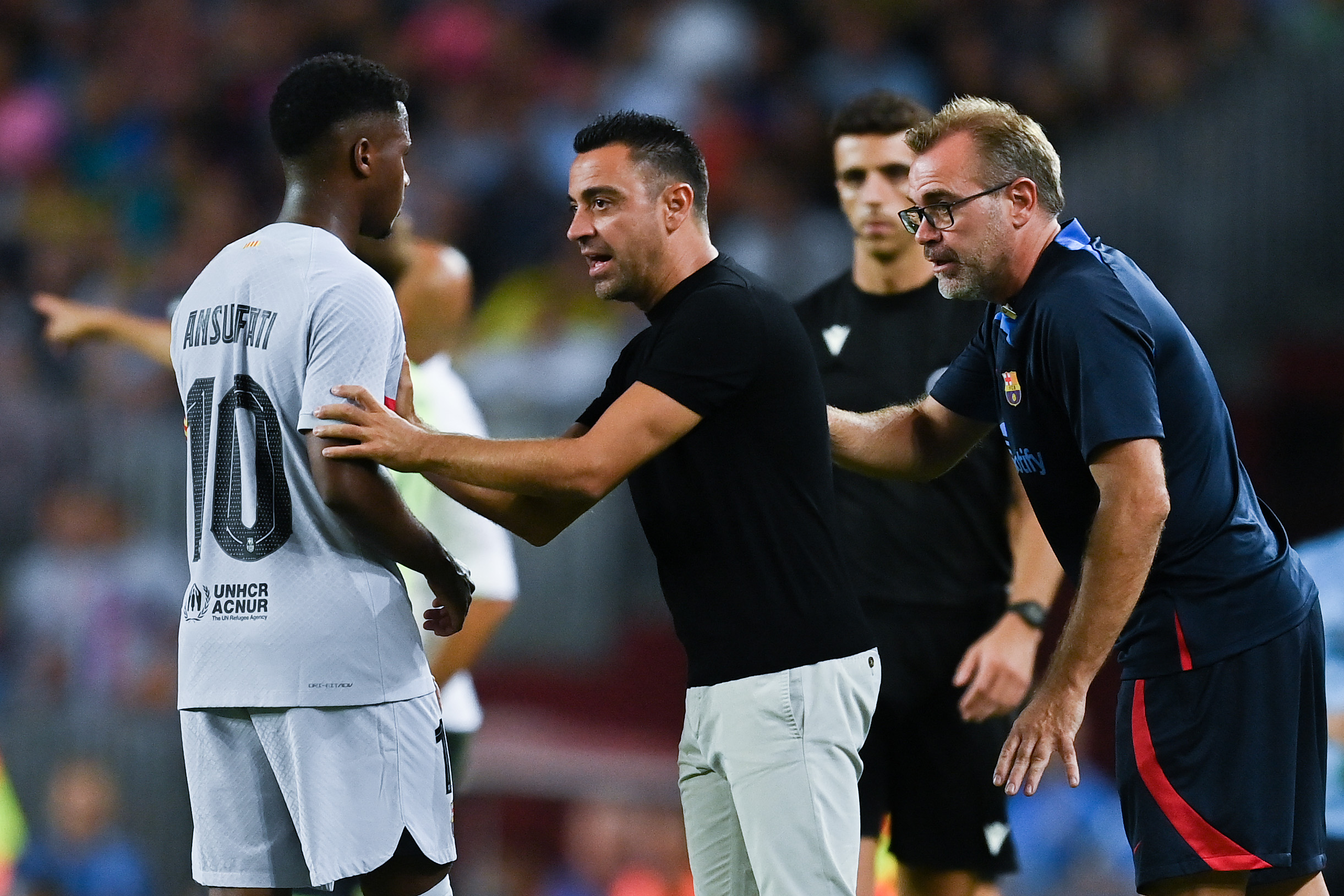 Ansu Fati has had to go through some very difficult times at a very nascent stage of his career due to injuries.

The 19-year-old Barcelona star missed large chunks of the last two seasons because of major injuries. And it has had an effect on how he is being used in the ongoing campaign as the Catalans are erring on the side of caution with their crown jewel.

Indeed, Xavi has handed Fati just one start in all competitions this season as he and his staff plan to ease the teenager back into action even though he is physically fully fit.

Reports have indicated that the Spaniard has been producing good results in tests to determine physical parameters. However, his speed is still not up to the mark, while he has also had to deal with the mental side of things given the setbacks he has faced.

The axing from the Spanish national team for the UEFA Nations League fixtures this month only piled on the teenager’s ordeals.

Despite all that, a report from Mundo Deportivo states that Xavi is ‘fully confident’ that Fati will rediscover his best level soon and is making sure that the 19-year-old is supported through this difficult period.

The report states that Xavi is involved in regular conversations with the La Masia graduate on a daily basis during which he tried to make the youngster understand that the process being followed is for his own best.

The Barcelona legend is believed to have told Fati that at 19, he still has his entire career ahead of him and it is important for him to recover fully without rushing himself into action and risking injuries.

But the possibility of missing out on the Spain squad for the FIFA World Cup in November after this month’s exclusion is something that is troubling Fati, the report states. And Xavi has had to stay on top of the teenager to ensure that he does not get discouraged.

Fati is a generational talent with a bright future ahead of him. And it is important for him to give time to his recovery process, even though it can be frustrating. And knowing that he has the backing and trust of the manager and the club as a whole will certainly boost his confidence.