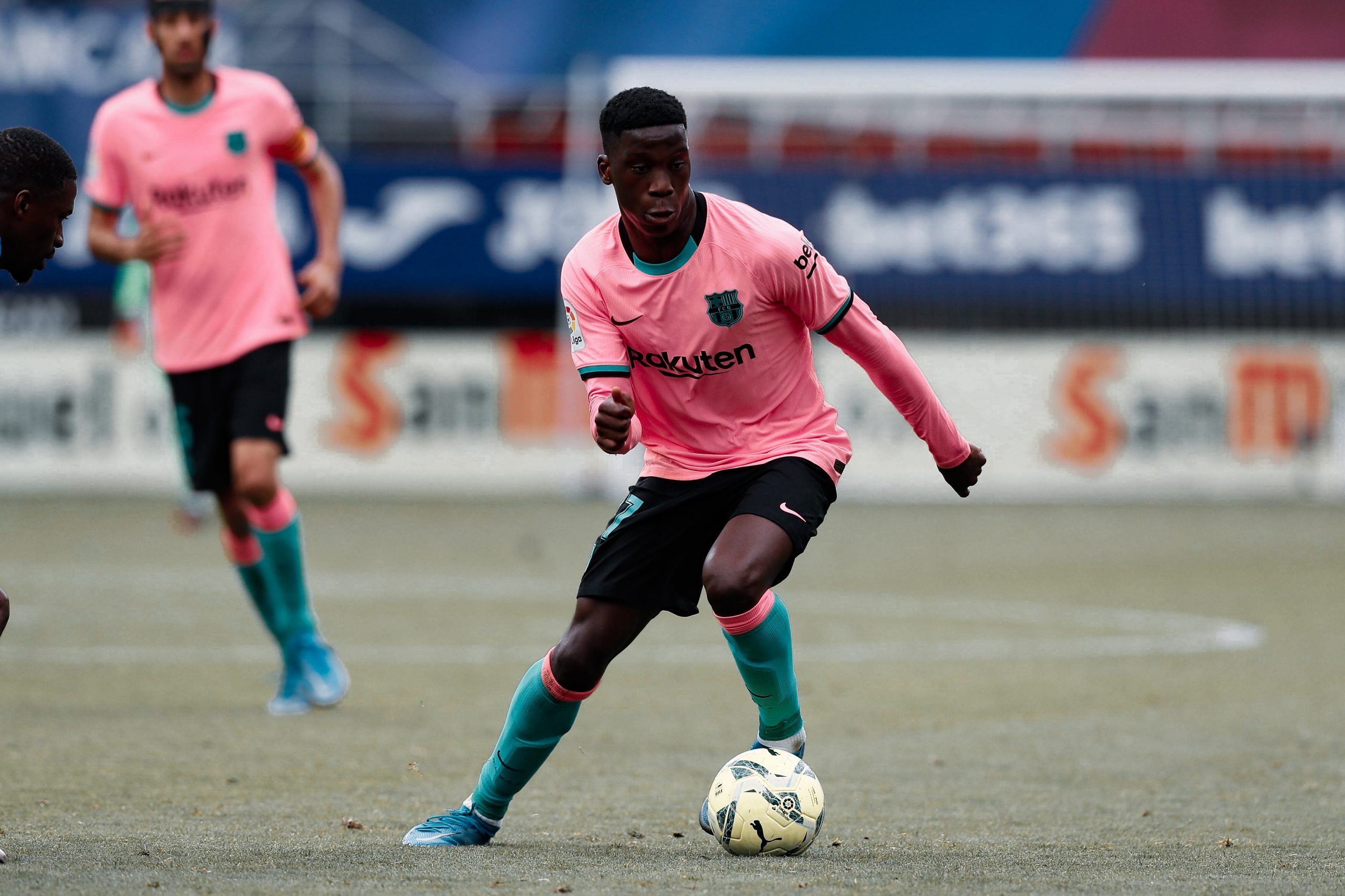 While culés have been patiently awaiting the departure of out-of-favour options such as Samuel Umtiti and Miralem Pjanic, another name has jumped to the front of the selling list: Ilaix Moriba. With a seemingly unsolvable contract dispute, the midfielder could soon join the likes of Thiago Alcantara and Dani Olmo as promising youngsters who left the Camp Nou all too soon.

Speaking on the topic at hand, President Joan Laporta recently stated, “If a player does not want to renew, there are other options. It feels bad, but the club is above all. Whoever wants to go is free to do so.”

Ilaix’s departure now seems imminent, whether this summer, next winter, or for free in 2022. With that in mind, what would Barça be missing out on with his departure? In other words, how would Ilaix’s departure impact the squad?

A Versatile Option in Midfield

First and foremost, the departure of Ilaix would dramatically change the dynamics of Barça’s midfield.

The Spaniard through the ranks of La Masia and has become a key member of Barca’s new young core. He is also one of Ronald Koeman’s go-to options in midfield, consistently coming off the bench and being the fourth option in the trio. Earning Koeman’s trust is not an easy task, but Ilaix has shown enough promise to do so. It is a testament to his work ethic, talent, and promise.

In the middle of the park, Ilaix is one of the more versatile options in the squad. He fits into various systems, whether a 4-3-3, 3-5-2, or 4-2-3-1 with a double pivot. This versatility stands out especially in comparison with Barça’s other midfield options, such as Riqui Puig. Specifically, Ilaix can play as an attack-minded number 8, a more conservative midfield interior, in an aforementioned double pivot, or as a box-to-box midfielder.

The latter is arguably his best role, allowing him to showcase his attacking instincts and unpredictability in the final third. He combines brilliantly with the frontline, and pushes his way past most players with ease.

As the Blaugrana consistently play at least 50 matches a season, they need all the versatility they can get.

An eye for goal from midfield

One of the most frustrating and curious things about Barcelona’s midfielders is their conservative nature in front of goal. Time and time again, players are presented with chances yet choose to pass them up or recycle possession instead. Fortunately, this is not the case with Ilaix.

Whether in or outside of the box, Ilaix is not afraid of firing a shot on target – and a powerful one at that. Most notably, Culés remember his shot in the dying minutes of last April’s El Clasico that ricocheted off the crossbar.

Specifically, Ilaix’s 2.11 shots per game are seventh-most in the squad (not counting Matheus Fernandes and Konrad de la Fuente who combined for two appearances). That value is also most out of all the central midfielders, per fbref.com. In fact, it is more than Pedri (0.95), and Frenkie De Jong’s (0.5) put together.

This trait is crucial for a squad that desperately lacks dynamism and variation upfront.

Adding on to the notion of a changed midfield, it is also important to address who would replace Ilaix in the squad and what that would entail.  Now, the youngster may not be a finished product, but his departure would result in further midfield deprivation.

His most likely replacements in the squad would be Gavi or Nico Gonzalez. Both have impressed Koeman and fans alike in the pre-season. The former operates as a number 8 or number 10, while Nico can be a serviceable backup to Sergio Busquets as a number 6 or defensive midfielder.

Though both immensely talented, Gavi and Nico’s profiles would not fill in the hole left behind by Ilaix’s departure.

Is it all negative?

Despite the negatives of Ilaix’s potential departure, there are still ways Barcelona can turn this into something positive. In particular, they should look to implement a buy-back clause, sell-on clause, or first right of refusal in any potential deal. Additionally, fixed fees after a certain number of matches played could do wonders for the club – just like those Liverpool placed on Coutinho.

Above all else, the Catalans must be savvy in their dealings and look toward the future, not only for an immediate influx of cash.

Missing out on a promising talent

Most of all, the potential departure of Ilaix Moriba would mean Barcelona miss out on an extremely promising and uniquely talented player. His physicality and stature, along with what that entails, are often mentioned, but it’s his technical ability and unpredictability in the final third that are his standout qualities. As such, it’s no wonder that various big clubs are after his services.

In all, while he may depart, the story of Ilaix and Barcelona is not over yet.