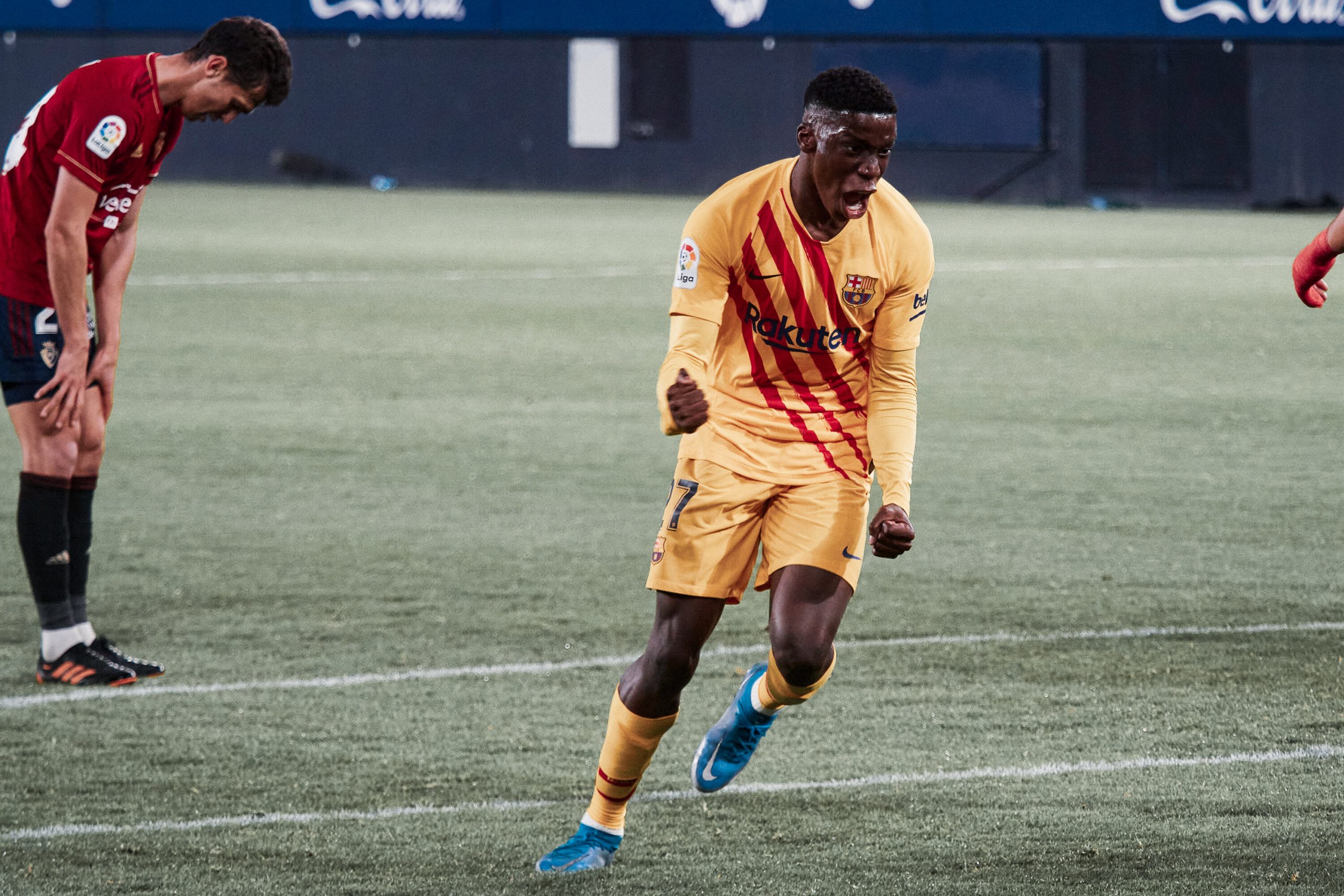 Over the course of the 2020/21 season, Barcelona fans had the luxury of witnessing the revival of La Masia. Under Ronald Koeman, both by default and by design, the academy was made proper use of. The midfield, in particular, saw a rejuvenation born purely out of necessity. The Dutch manager has his own requisites for his midfielders, and these were demands neither Riqui Puig, Miralem Pjanic, nor Matheus Fernandez could offer him.

In came Ilaix Moriba, a rather polarising figure in the Barcelona fan base for reasons both sporting and non-sporting. His contractual situation has painted a quite despicable picture of him, as his reluctance to extend might see him fail to feature in the first team at all next season. On the pitch, his performances have fans scratching their heads over just why he would take precedence over Riqui Puig, a footballer almost universally deemed better.

In this article, Barça Universal explores some of the possible reasons Ilaix played more than Riqui.

At 185 centimetres and 73 kilograms, Ilaix Moriba is undeniably a physically imposing and menacing figure. However, this doesn’t detract from his technicality. The 18-year-old made a sensational leap into first-team football, even going as far as to achieve prominence over more experienced players.

While his physicality is often what makes him stand out above his peers from the academy, he is far more than a few numbers on the scale in both the literal and figurative sense. He is deployed primarily as an interior in the midfield, although his dynamism and versatility help him go the extra mile.

He has had short stints playing as an attacking midfielder, a central defensive midfielder and such is his offensive prowess that he has (though on rare occasions) even been deployed as a striker. This sort of all roundedness has naturally brought up comparisons with the likes of Paul Pogba and Yaya Toure.

“He’s a little bit, maybe modern—in the English football kind of sense. It’s good to have him at Barca. The academy can’t be all about the Riqui [Puig]s or the Monchus—small players with a lot of talent. Football trends change every year, every month, but Ilaix is here not because he is tall or strong, but because he is very good in every facet of the game,” Silva Puig said in an interview.

In possession, he has an immense capability to progress the ball in tight spaces, a trait pivotal to the prosperity of anyone in the academy. Much like the Ivorian Yaya Toure before him, his proficiency on the ball, coupled with his physical stature, means that it is naturally difficult for opposition players to knick the ball off him. When passing, he provides balance and composure whilst also ensuring that the ball gradually moves upfield. This is something Koeman considers indispensable to the functioning of his team and is why Pedri Gonzalez slotted so easily into his team.

On the defensive side of things, Ilaix is a pressing monster. The Blaugranas’ number 27 averages a whopping 26 pressures per game for the Catalan club, and this too at a success rate of 27%. His physical presence and gradually improving positioning means that when up against the tougher sides in the league, he is more than capable enough of holding his ground.

This defensive aspect of his game is one of the most important reasons Koeman has taken such a liking to the Conakry-born midfielder. Riqui Puig as an individual, is more than willing to run his legs off for the team if he needed to. Regardless of how much he is willing to do, the efficiency of what he does and its impact on the team are far more important.

Oftentimes, while Riqui applies a great deal of pressure on his opponents, he finds it hard to succeed. Against midfielders, the success of his pressures has him ranking at the lowest possible percentile. Furthermore, in contrast to Moriba, who can easily go head to head with a rival, the Barcelona number 12 has shown on far too many occasions that his physicality, or complete lack thereof, can result in him easily being harassed off the ball by a rival, and incapable of recovering it as he crashes into them.

At Barcelona, technical skill should always be valued above physique. Still, when someone of a similar or even identical level on the ball is more reliable in holding onto it, the latter will play more. Koeman isn’t the prototype Barcelona manager, and thus his needs might not entirely coincide with those of the club. Ilaix isn’t as creative as his counterpart, but he is the bigger man from a possessive and defensive standpoint.

Ilaix is a diamond in the rough. Far from a complete footballer, he has much he is yet to learn, and the mastery of what he blatantly lacks right now will only come with experience. If Riqui aspires to play under Ronald Koeman, then he will need to show better defensive ability and more astuteness at holding the ball. Any less will result in more time on the sidelines.