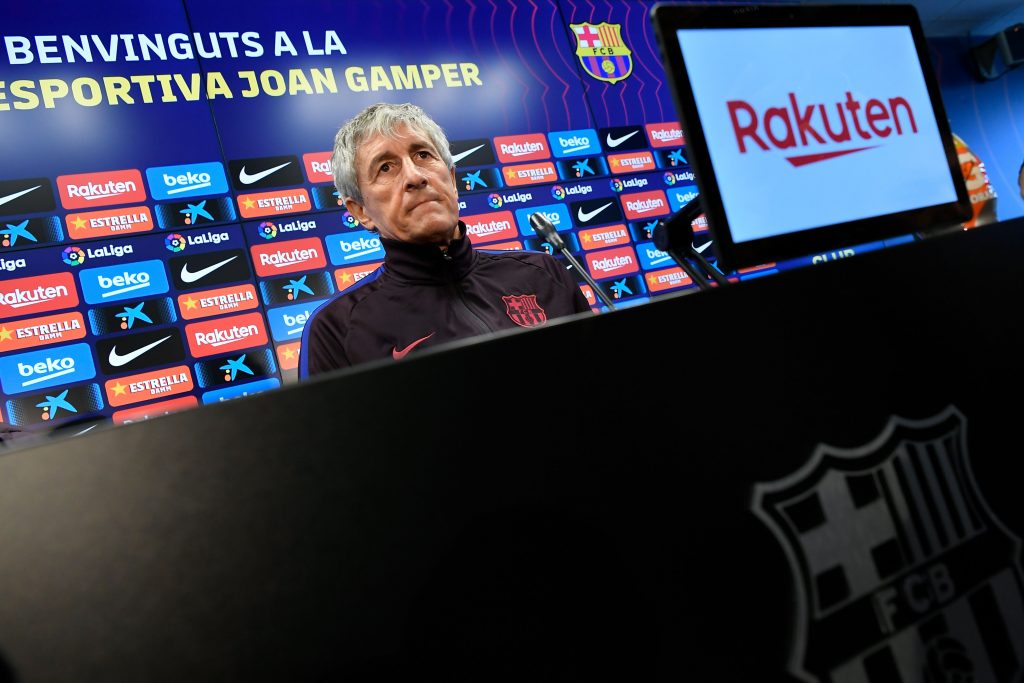 Quique Setién spoke in the press conference ahead of the Real Valladolid game tomorrow in La Liga round 36. The Barcelona boss commented on the Champions League draw, and told that winning the competition ‘does not seem difficult’.

On the Champions League

“It’s good to know our upcoming opponents, but we must first focus on beating Napoli. We will play at home, which is fair. After La Liga, we’re going to take a few days off to rest and disconnect. Then we’ll get back to work and it’s a possibility to play a friendly game to prepare for the Champions League. Whether I see us winning the Champions League? Absolutely.”

“I wish we could play against Napoli with the fans, but it is what it is, and we cannot complain.”

“Winning the Champions League does not seem difficult to me.”

“It’s true that he isn’t having minutes lately, but he can have them, and even more so now that some players of the B team are not going to be here. We are going to need all our players.”

“Frenkie is doing quite well, but we thought it was better for him to stay and train so that he has excellent feelings the next game.”

“He’s a player who is so versatile that he can play in any position and do it well. For coaches, it’s a relief to have a player of his characteristics.”

“Even the doctors have no idea about when he can return to play with us.”

“I’ve always been happy with him, but perhaps he’s been participating more since we changed his position.”