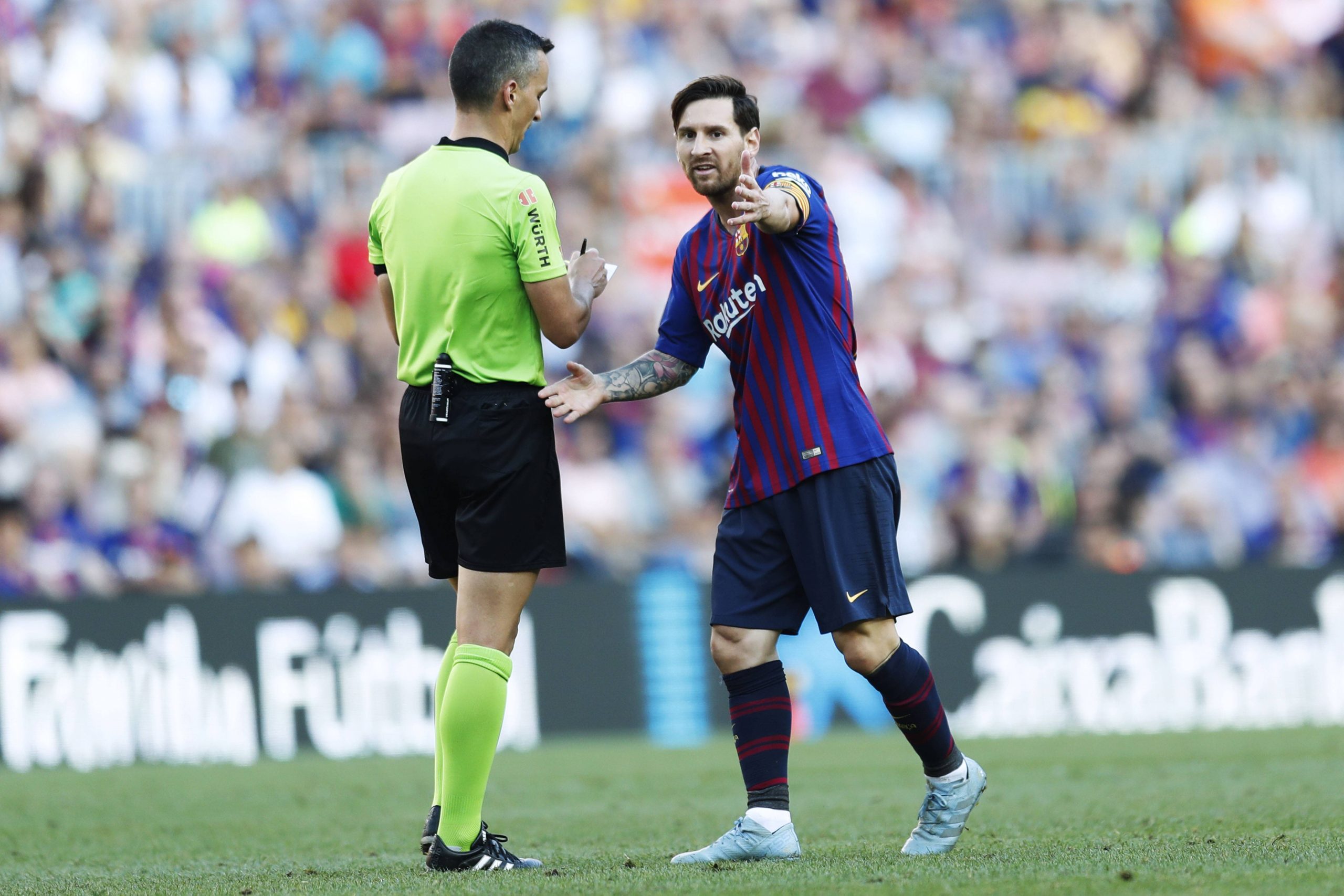 A video of a visibly annoyed Lionel Messi against Real Valladolid is making rounds on social media, as the Argentine claims to Carles Naval near the touchline that the referee is seemingly hell-bent on brandishing a yellow card. While walking towards the tunnel, Messi, followed by the officiating team, seems rather puzzled at the occurences.

The Barcelona captain can be heard saying about referee Santiago Jaime Latre in the footage: “He really wants to give me a card…it’s incredible.”

Lionel Messi as well as Frenkie De Jong prior to the game, were sitting on four yellow cards, just one booking away from a one match suspension. An extremely dangerous prospect for Barcelona, as they travel to Madrid on the coming weekend to take on eternal rivals Real Madrid in El Clasico.

Both Messi and De Jong fortunately did not pick up a booking, meaning they are available to play in the crucial encounter against Los Blancos in what will possibly be a season-defining match. With both sides hot on Atletico Madrid’s trail, who are slowly dropping off at the top of the La Liga table.

Barcelona did manage to scrape past Valladolid with a 91st-minute winner courtesy of Ousmane Dembele. It was a far from convincing performance from the Blaugrana, but a vital three points nonetheless.

The Catalans are now just a point behind Atleti and will have the chance to go five clear of Real Madrid should they win the Clasico on Saturday.