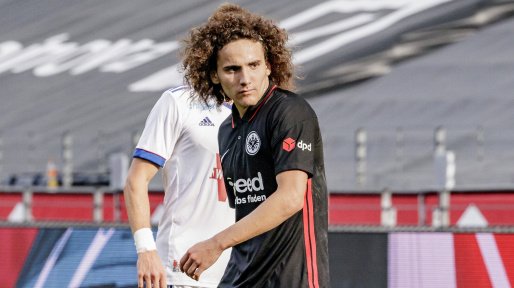 Barcelona have, over the past few months, looked to make youth-centric signings in order to bolster their academy and reserve ranks with an eye on the future.

The return of Kays Ruiz-Atil, the signing of Yusuf Demir, who arrived in the summer, the deal to sign Emre Demir, who will join from Kayserispor next year are only a few examples of the Catalans’ renewed focus on young talent.

And, it seems like the club have found another special youngster who they are keen on signing in the form of Eintracht Frankfurt’s Fabio Blanco, as per SPORT (h/t Fichajes).

The 17-year-old came through the youth ranks at Barcelona’s fellow La Liga outfit, Valencia, and had registered on the Catalans’ radars during the summer, along with several other top clubs.

However, Eintracht beat everyone to the punch by securing the 17-year-old winger’s signing on a free transfer, on a two-year contract. Since moving to Germany, Blanco has featured five times for the club’s Under-19 setup, scoring two goals and setting up one more.

But, it seems like he could be making a swift return to Spain if Barcelona have their wishes. The Catalans have seen the impact that the likes of Ansu Fati, Pedri and more recently, Gavi make a notable impact with the first team and are keen to sign Blanco in hope that he, too, will follow a similar trajectory.

The decision will now be up to the teenage winger to decide whether he wants to continue his development with the youth team of Eintracht Frankfurt or secure a big move to Barcelona during the winter, where he may have a good chance of being fast-tracked into the first team.

Barcelona have big plans for the January window, with an approach for Raheem Sterling also believed to be in the works, although his signing could hinge on Ousmane Dembele’s future. As for Blanco, it remains to be seen if he is willing to trade clubs just six months after making a switch.