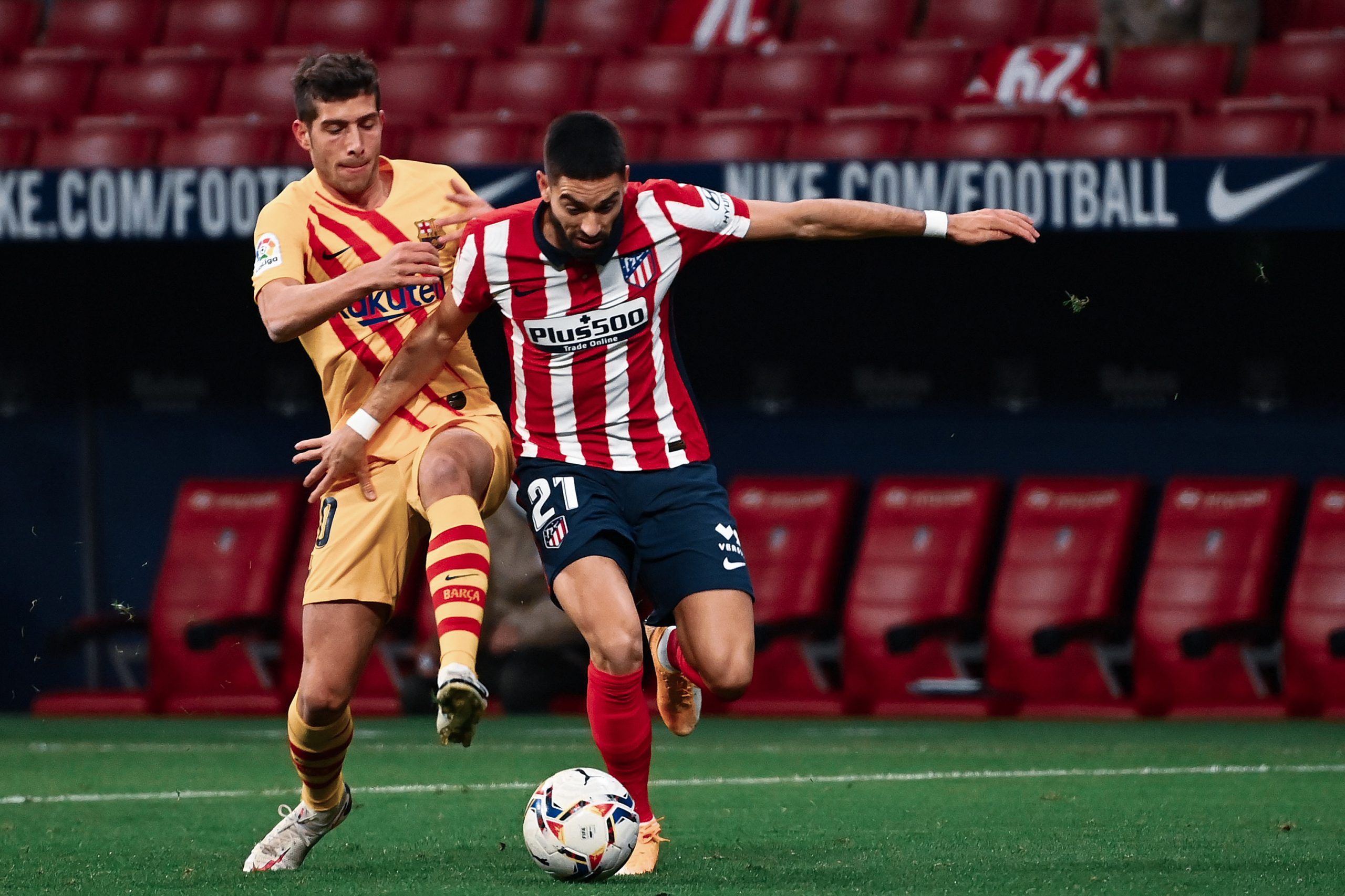 In the last few years, Atletico Madrid have bought players from Barcelona twice – David Villa in 2013 and Luis Suarez in 2020, and both times, they have gone on to win the La Liga title. Beating Barça and Real Madrid to the punch is a huge accomplishment, and as it stands, they are best positioned to repeat it next season.

To repeat, or possibly better their success, Atleti could be superstitioned into buying into the trend of Barcelona signing. And according to El Gol Digital, Atletico Madrid have listed three players from the Blaugranas, all three of whom have been deemed surplus. Namely, these are Sergi Roberto, Junior Firpo, and Martin Braithwaite.

Diego Simeone is looking for reinforcements to increase their squad depth, with left-back, central midfield, and the striker positions looking most especially hollow. Coincidentally, Roberto, Firpo, and Braithwaite immediately fill the requirements.

In fact, Roberto could be especially useful for Simeone given his utility nature. The Argentine coach appreciates players like those, with Marcos Llorente standing as proof. The Barça right-back can also hack into central midfield, wing, and left-back if push comes to shove.

As for Braithwaite, he fills in a need on the wing and as a centre-forward, and with the underwhelming short-term stint of Moussa Dembele, the big Dane could serve as a more than able deputy for a team that deploys a counter-attack system.

Of the three players, Roberto’s departure is particularly important for Barcelona given his massive wages. With Emerson and Sergino Dest occupying the right-back position, and Oscar Mingueza acting as a makeshift fullback, Roberto’s future has started to look bleak.