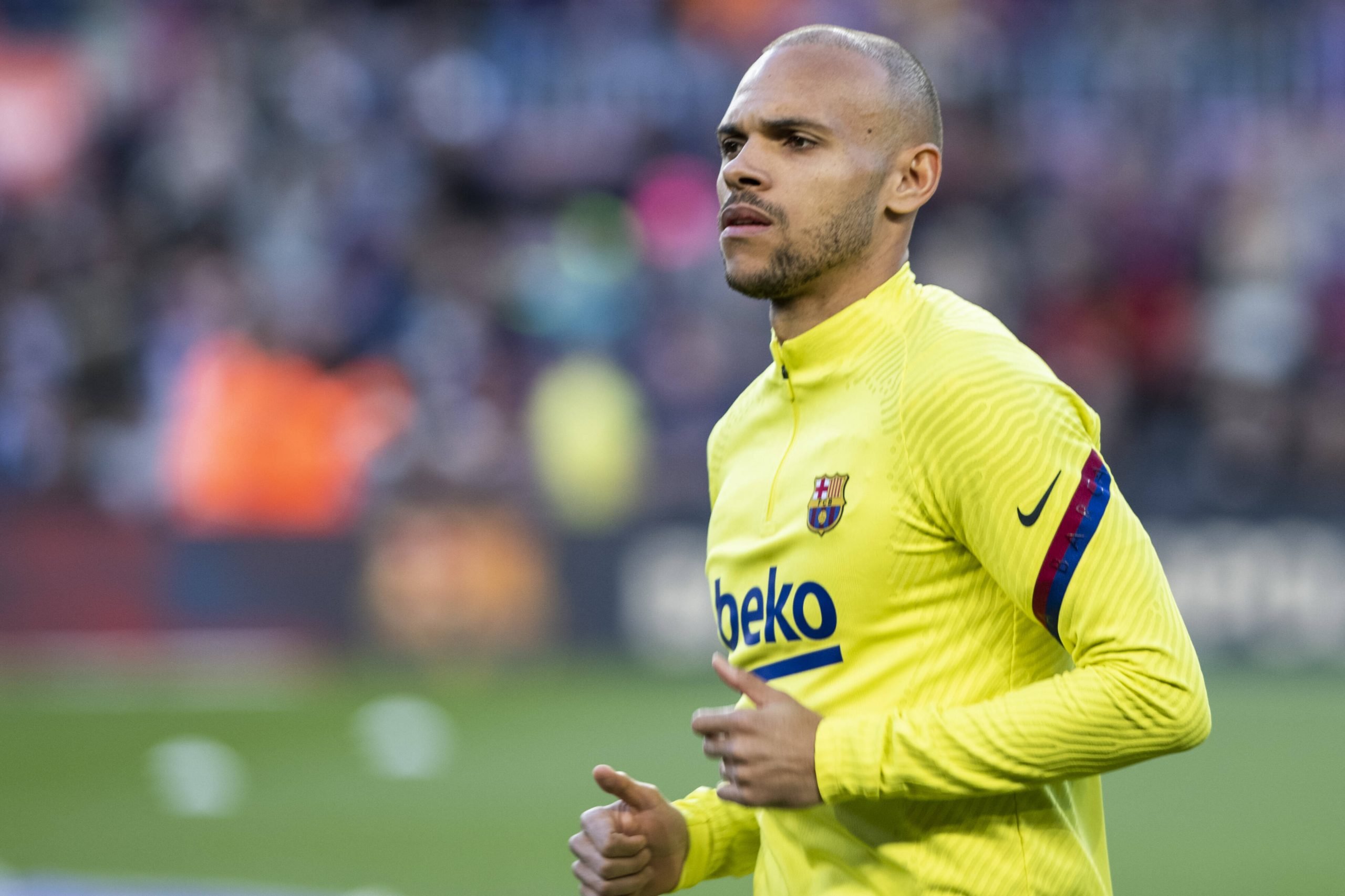 Barcelona have made a strong start to the summer transfer window, bringing in four new players already. But at the same time, the Catalans are aware that they need to offload some of their current stars in order to trim the massive wage bill.

One such player who is expected to be on his way out of Camp Nou this summer is Martin Braithwaite. The Danish forward arrived at Barcelona in February last year from Leganes as an emergency signing following an injury to Ousmane Dembele.

The Blaugrana had to meet his €18 million release clause to bring him on board, although, it had been made clear at the time that he would only be a stop-gap solution. However, the effects of the pandemic meant Barcelona were unable to offload him in the summer last year.

Having stayed put, Braithwaite featured 42 times in all competitions in 2020/21, with only 15 of them being starts. Now that Barcelona have secured attacking reinforcements in the form of Memphis Depay and Sergio Aguero, the club have informed the 30-year-old and his camp to look for a new destination.

As per a report from SPORT, Braithwaite does not seem to be short of suitors either. Indeed, the 30-year-old, who is valued at €9 million, is on the radars of as many as four Premier League clubs, namely West Ham United, Burnley, Brighton & Hove Albion, along with the newly-promoted Norwich City, all of whom have made inquiries for the Dane.

In addition to the four aforementioned teams, Braithwaite is also courting interest from an unnamed club from Russia, who have already tabled an offer and are in negotiations with Barcelona over a summer switch.

Braithwaite, for his part, wishes to stay at Camp Nou and fight for his spot. A beloved member within the dressing room, his professionalism is also appreciated by Barcelona. However, they have informed the forward that he will not be getting any minutes in case he stays.

Braithwaite has been in good form for the Danish national team in the ongoing UEFA Euro 2020, which could potentially boost his transfer value. Barcelona are hoping to recoup most of the €18 million they shelled out on him.