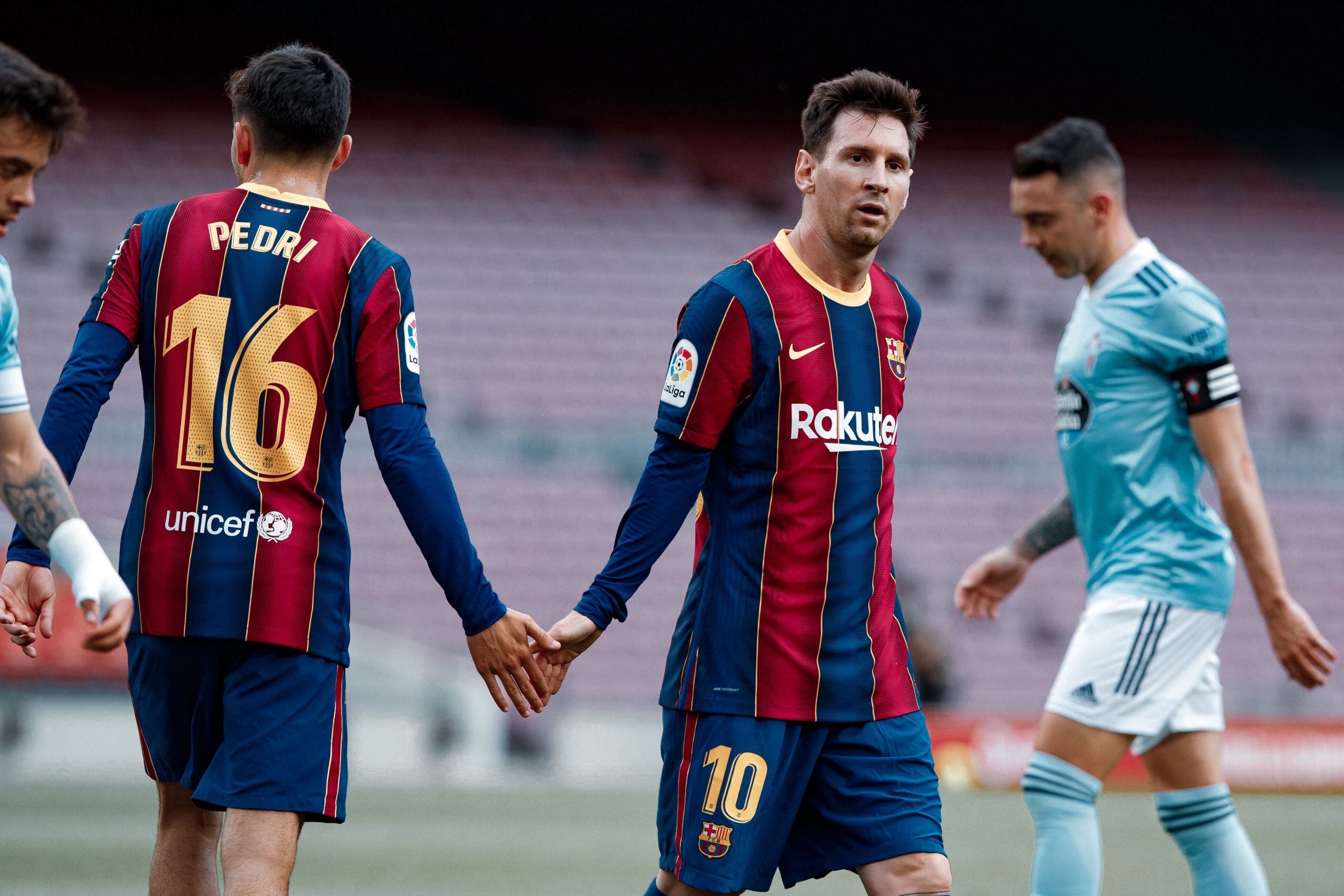 Barcelona’s season could not have fallen apart more disastrously. Yet, almost poetically, the end of the season has been strikingly similar to the beginning. Turning the clock back to the final months of 2020, Barcelona had a reputation of being unpredictable. The highest of highs were followed by the deepest of troughs, and it had become more of a trend than a mere incidence.

The Catalan club had an astonishing run from January to April, but poetically, this high was too followed by the deepest trough. The royal collapse started with a defeat at Camp Nou and continued on Sunday with yet another one.

With Sunday’s defeat. Barcelona are mathematically out of the title race, less than two weeks after having it in their hands. Lionel Messi’s opener was cancelled out by a brace from Sani Mina, giving the Galicians all three points on the penultimate Matchday. Here are the takeaways from Barcelona’s lacklustre performance against Celta Vigo.

1. The reign of the disastrous defence

Yes, it happened again. Barcelona’s collapse in recent weeks has a lot to do with the repeated blunders in defence. Every shot taken by the opposition just seems to go in irrespective of the position. On the night, Celta had an xG of only 0.66 but put two past ter Stegen.

Gerard Pique is not at a level to continue starting for the Blaugranas. With age catching up, his visible lack of pace and resultant panic often cost his side dearly. Moreover, the Spaniard is often caught out of position or relatively easily dribbled past.

Clement Lenglet loves his red cards, and the duo is quite inseparable. In a mist win game chasing a one-goal deficit, the Frenchman lunged into an unnecessary challenge. His moment of madness brought the team down to ten men, virtually crushing any hopes of an equaliser.

The issues in defence are real and need to be sorted at the earliest. The upcoming summer window will be a crucial one for the Barcelona defence. Maybe some potential star signings?

While the defence is partly to blame for the sudden spike in goals conceded, ter Stegen has his fair share of responsibility too. For a long time, the German was under the protection of the ‘poor defence’ shield. Now, however, it is far beyond blaming a single group.

The equaliser on Sunday night was almost entirely because of the German’s slackness. Not budging an inch for a shot taken outside the box is beyond outrageous. Moreover, his dip in form is seen even from other facets of his game. Giving the ball up straight to opposition strikers, haphazard clearances, and visible frustration are not characteristics of the German wall Culés know.

The Barcelona no.1 has conceded four goals more than the PSxG (Post shot expected goals) that he faced, a statistic that depicts his poor form. If Barcelona are going to be competitive next season, something has to change. Such vulnerability at the back is an unforgiving weakness.

3. The clear lack of hunger to win is frightening

On the same night when Barcelona lost cheaply, Atletico Madrid found themselves in a similar situation. Late in the second half, Ante Budimir outdid Jan Oblak to put Osasuna ahead. What Atletico Madrid did over the next 15 minutes is inspirational. Renan Lodi equalised for Los Rojiblancos, and poetically, Luis Suarez scored the winner for the League leaders in the dying minutes of the game. The drive to win was evident. The players pushed themselves to the limit instead of brooding over a conceded goal. That is what makes Diego Simeone’s side deserved champions.

Meanwhile, at Camp Nou, Barcelona never got going after Celta’s equaliser. Moreover, it seemed like the Catalans couldn’t be less bothered. They hardly presented any direct threat to the goal. Ronald Koeman’s men only had the one shot on target in the second half, a period in which they were chasing a supposed ‘title race defining’ goal.

There was a phase in the season when one could not question the side’s mentality. Back to back comeback wins in the Copa del Rey, the last-minute winner against Real Betis, the dominant first half show in Paris. Where has that drive gone? That mentality, that spirit and that belief that they can do the impossible are just no longer seen.

If Atletico Madrid could find the net twice in 15 minutes and Barcelona couldn’t score once in the 55 minutes they had, something is missing. A certain fire that makes the red-and-white of Madrid deserved champions.