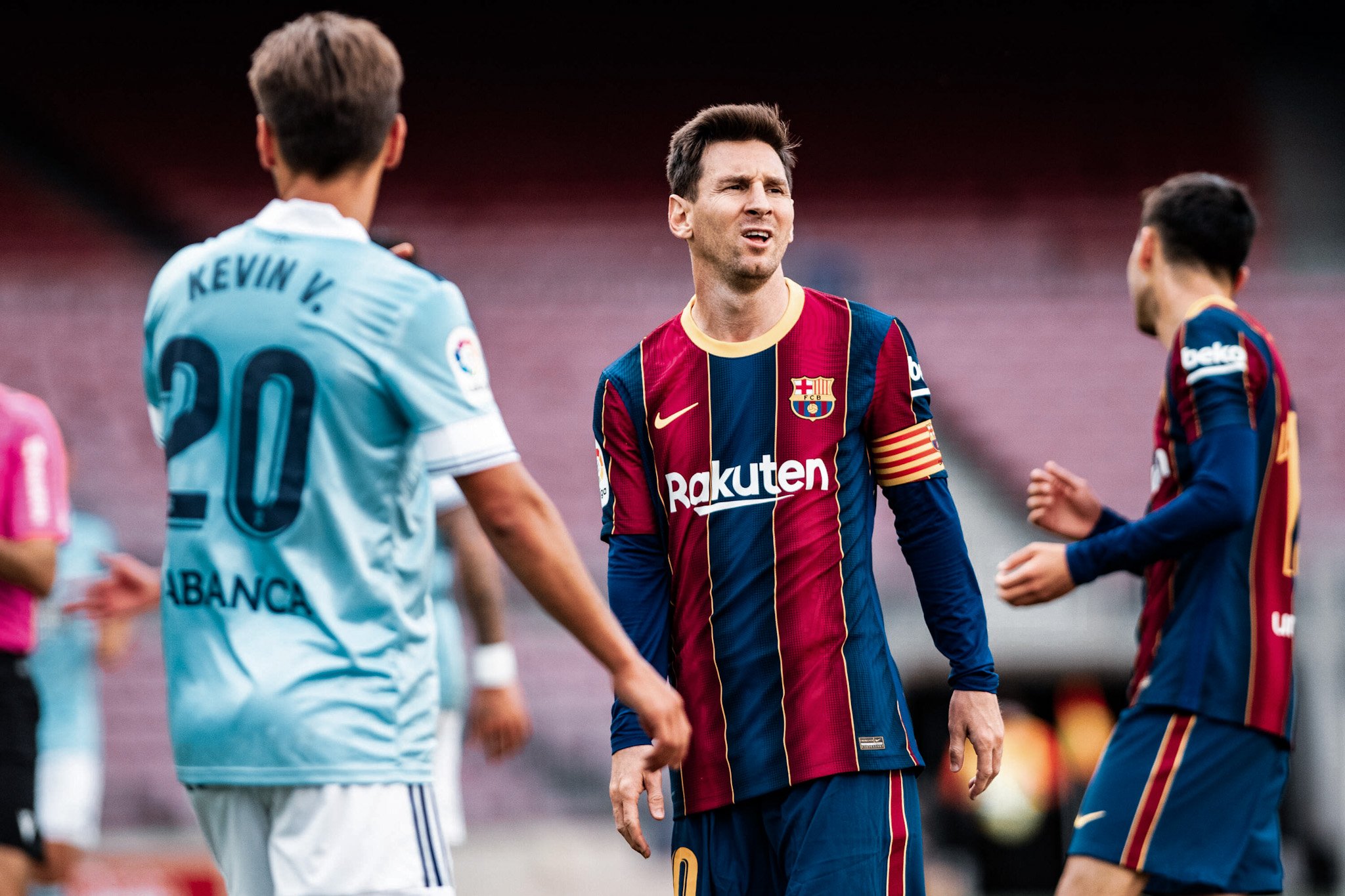 Barça have been awful throughout the last month, conceding fourteen in their last nine games. They have been woeful; a shadow of what Koeman’s men achieved during thier 19-game unbeaten league run. Currently, they seem to be able to do anything but win games.

It seems like the German goalkeeper can offer nothing more than any below-average keeper would be able to offer at this current moment. His shot-stopping form is at an all-time low, and his erroneous goalkeeping was outlined once again in the first goal scored by Celta de Vigo, which was anything but a difficult save.

The Uruguayan defender was fairly solid on the night, failing to cover up for his less competent defensive partners, regardless of his effort.

A single terrible defensive mistake allowed Celta their way back into the game, as Piqué failed to close down Santi Mina’s long-range effort. Instead, the Spanish veteran both blocked ter Stegen’s vision, while also failing to restrict Mina’s space, making it the optimal condition for the shot to find its way back into the net.

In the 83rd minute, Lenglet foolishly dived into the opposition player from behind, suffering his second yellow on the night. His mistake led to acres of space on the right side of Barça’s defence, which would eventually end up in the Blaugranas conceding their second goal.

The French speedster offered some threat for the Blaugranas, with five successful dribbles and three key passes. However, his indecisiveness and ineffectiveness in the final pass and shot meant that the Frenchman was once again unable to offer his best version to his fellow teammates.

The youngster was a total presence on the night, covering every inch of the field while performing all his necessary tasks. He registered three key passes, 82 touches, five successful dribbles and won ten duels on the night.

The Spanish veteran kept the play ticking and recycled possession effectively, while also offering a jaw-dropping assist which ended up in a Lionel Messi goal.

The Spanish youngster struggled to make much impact on the night, losing possession nine times in the first half. Additionally, he didn’t have much to offer creatively, apart from one cheeky flick on the left touchline.

Once again the constant — and seemingly only — wide outlet for the Blaugranas, Alba delivered several balls into the area, but unfortunately with a 0% accuracy. El Ferrari suffered a frustrating night, as his pass was unable to reach anyone in the box throughout the match.

The Argentinian had 14 successful dribbles from 14 attempts on the night, and once again Barça’s sole goalscorer. Even all his genius is not enough to keep Ronald Koeman’s unstable team afloat, who have just bottled La Liga in what should have been a routine win just a month-and-a-half back. With 30 goals in the league now, Messi has truly returned to his brilliant best. But it is difficult for him to impact Barça when he is surrounded by an environment that fails to capitalise on his best contributions.

While offering more than usual with three key passes throughout the night, there was once again nothing extraordinary or game-changing that the Frenchman was able to conjure up. However, it is difficult to do so when the very foundations of the team is failing, and the required perfectionist detail from the coach and his staff is not put into the team’s positioning and zonal occupations. Nevertheless, we expect more decisiveness from the Frenchman in difficult moments.

The Spanish youngster didn’t offer anything more than Pedri, whom he replaced at half time.

Barely had an impact on the match

Failed to meaningfully impact the match.