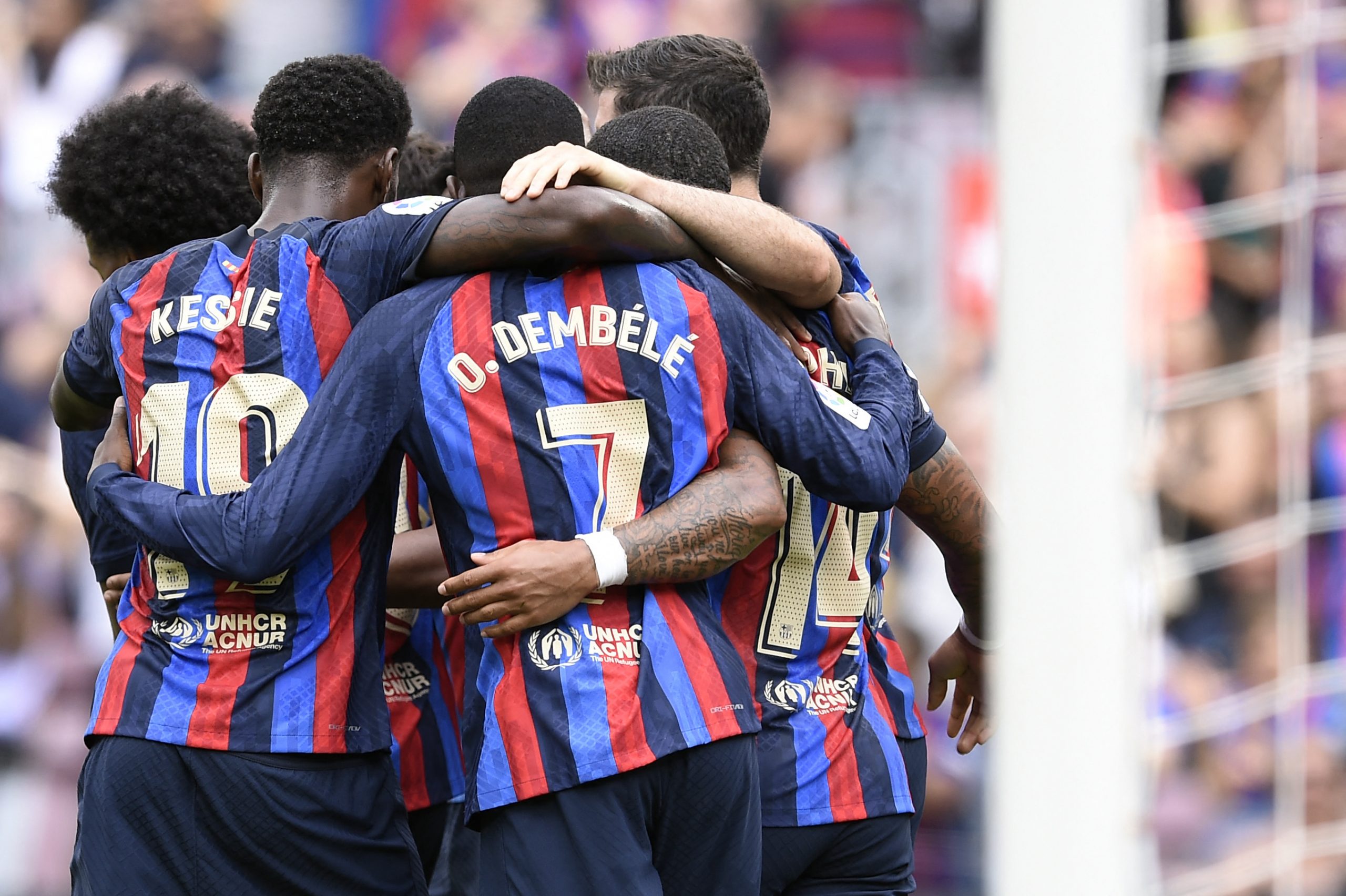 Barcelona steamrolled past Elche to take all three points on Saturday in what was a clinical display. The hosts had no dearth of chances, especially after an early red card for Gonzalo Verdu.

Robert Lewandowski was back on target for the Catalans as he scored a brace on the afternoon. His performance came as a refreshing sight for the Barcelona faithful after his forgettable display midweek. Moreover, Memphis Depay also got onto the scoresheet and made a strong case to see more minutes.

There is a real feeling that this Barcelona side are just getting started. All pieces are moving in harmony and the world may not be ready for the complete force of Xavi’s men when they eventually arrive. Barca Universal brings you three talking points from the Catalans’ fifth league win of the season.

There were questions about how Barcelona would respond after the big loss in Germany. The answer on Saturday came loud and clear from Xavi’s men.

Barcelona seemed to be the only team on the pitch at Spotify Camp Nou as they ran rampant over a helpless ten-man Elche side. The visitors recorded only one shot on target, and that too came in the 90th minute.

In contrast, the Catalans had a whopping 25 shots, including nine on target. They had six shots blocked, eighteen from inside the box and created a whopping eight big chances.

The scoreline of 3-0 is kind on Francisco Rodriguez’s men who never really got their foot in the game. They were not only outplayed but outclassed and outdone in Catalonia.

Barcelona’s forwards steal the headlines after every game by racking up goal after goal. Yet, many players work in the shadows unrecognized and contribute as much, if not more than the goalscorers.

Alejandro Balde is one such name. The La Masia graduate has been a part of the first team dynamics for a while, but his explosion onto the scene this season has been nothing short of flabbergasting.

The 18-year-old competes with two of the biggest names in world football for a starting spot – Jordi Alba and Marcos Alonso. Yet, he is slowly but surely engraving his name in Xavi’s starting XI ahead of both the UCL-winning defenders on merit.

Xavi handed the youngster another start when Barcelona faced Elche and he did not disappoint. In ninety minutes, he provided two assists, achieved an astounding pass completion rate of 98.3% and completed all his crosses and long balls. Defensively, he recorded seven duels and a clearance.

Balde was one of the team’s best players on the field and continued to show enormous maturity both defensively and in the final third. One can only imagine what a monster of a player Barcelona have on their hands if he is developed with the right mould.

3. At the summit of La Liga standings – temporarily

With the three points on Saturday, Barcelona move to the top of La Liga’s standings with sixteen points in six games. The Blaugrana have won five of their six matches with their only draw coming against Rayo Vallecano on Matchday 1.

However, Real Madrid have a game in hand and will leapfrog their arch-rivals with a win on Sunday. If they drop points, Xavi’s men will continue to stay in the first place.

What spices up the equation is that Real Madrid play Atletico Madrid at the Civitas Metropolitano in their next game and a win is far from guaranteed. Diego Simeone’s side may not be off to the ideal start this term, but history is witness that form is no factor when it comes to derbies.

The international break lies just around the corner, and heading into the break atop the standing would be a massive boost for Barcelona’s players. Beyond everything, it would serve as an indicator that the new team is headed in the right direction under Xavi’s leadership.

All eyes will be on Atletico Madrid on Sunday to see if they can end their local rivals’ eight-game winning streak across all competitions. However, it might be difficult considering Los Rojiblancos’ relatively poor defence and Real Madrid’s unstoppable mentality.