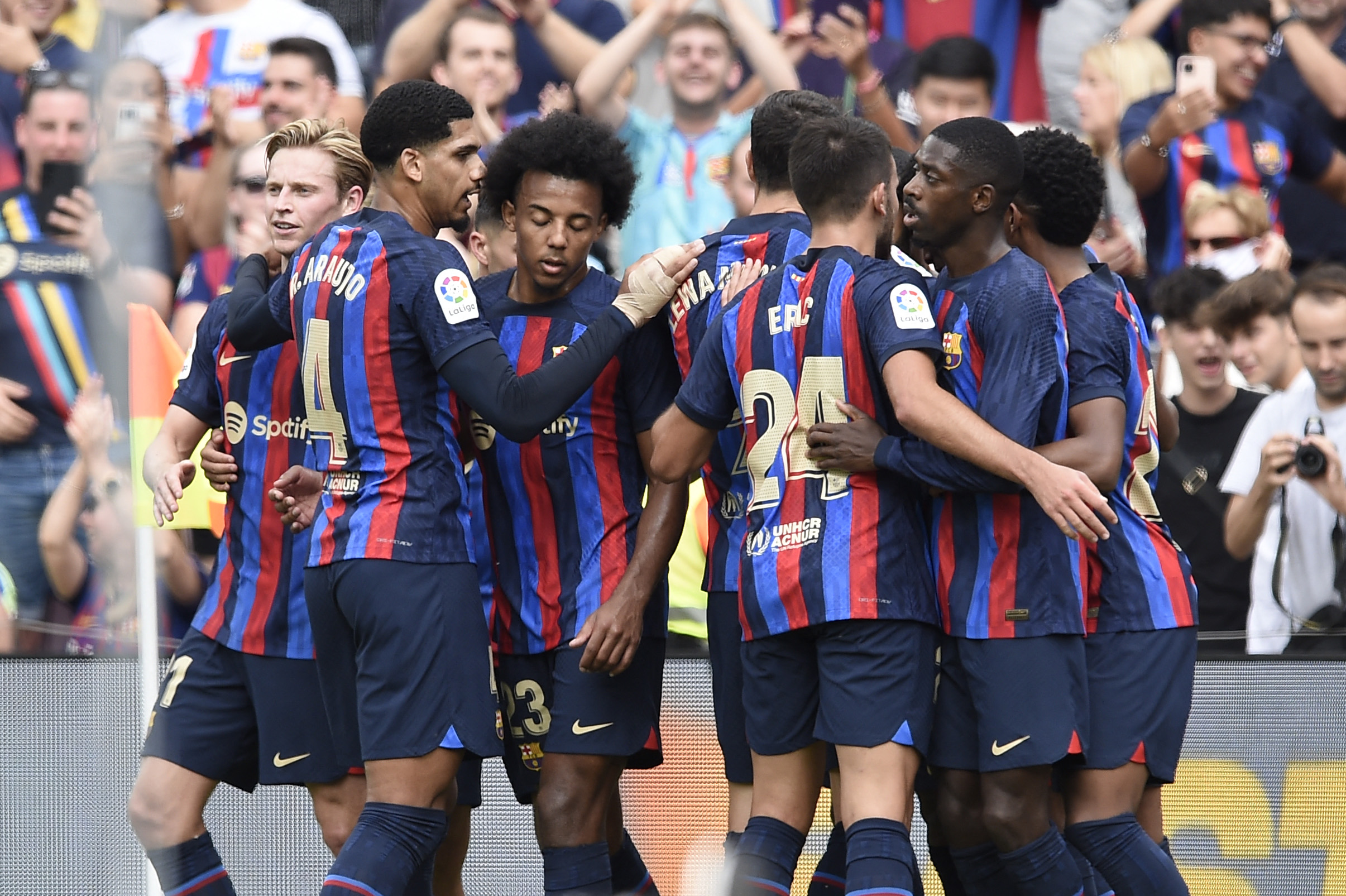 Barcelona came into this match on the back of a 2-0 defeat against Bayern München. The Blaugrana had played well against their Bavarian counterparts, only for two defensive errors to cancel out what was otherwise a sensational performance.

Given the state of the opposition and the need for rotation, these changes were more than welcome by the Barcelona faithful.

In light of Barcelona’s dominant victory over Elche, join Barca Universal as we explore how each individual fared in this episode of the match ratings.

The German shot-stopper did a brilliant job distributing the ball under pressure, and even in the rare moments when Elche attacked, he was on hand to halt them.

Kounde had a comfortable job in the right flank with Dembele right ahead of him. He distributed the ball with ease, and in defence, he was effortlessly comfortable

Araujo was perpetually well positioned in the defensive half of the team. The Uruguayan was also on hand to create passing avenues on the pitch.

In what seems to be a regular occurrence, Eric Garcia had a sumptuous performance against Elche in his own half. He always offered himself as an option to ter Stegen, and the same was the case here

Balde got two assists in what was an overall brilliant display from the Spaniard. He defended valiantly and attacked with absolute poise and purpose

Without Sergio Busquets, de Jong replaced some of his distributive roles in the team. In addition to passing the ball well, he got into the forward areas to generate threat. He did have numerous moments of carelessness when attempting fast-paced football.

Poor performance from Kessie in his first start as a pivot. He made plenty of reckless challenges, leading Elche fans, players and their manager to suspect that he merited more than a yellow card.

Much like Pedri, the Spaniard provided the passing avenues that were lost without the presence of Busquets. Brilliant performance from the teenager, who will be disparaged for not having walked away with a goal or an assist for his efforts.

Dembele was decent in his play, demonstrating maturity in his distribution and movements on the ball. He was unfortunate not to have gotten an assist; however, he generated plenty of threat on the ball.

Another sensational goalscoring performance from one of the best strikers in the world. Lewandowski scored twice. However, beyond that, his orchestration, as seen in his hand gestures leading to the team’s second goal, show the maturity in his play. He also provoked that all-important red card for Barça to run riot.

The epitome of the belief that hard work pays. Memphis tried relentlessly to get chances at goal, and when he did, what an effort it was! His goal was majestic, distancing Barcelona from Elche in a moment of need.

Hardly influential in his substitute role for Barcelona. Gavi did do an excellent job at maintaining possession of the ball.

Having come on as a substitute, Raphinha created lots of threat down the right-hand side.

All the correct movements, but when all of the outcomes are abysmal, they are of little value. This is yet another subpar performance for Ansu Fati.

A decent outing for the Spaniard in the right-back role. Bellerin conjured up some threat; however, it could not turn into an assist.

Coming on for Robert Lewandowski was never going to be an easy task, especially not after that performance. Indeed it wasn’t. Torres struggled to make use of his chances in front of goal. What saves him is his distribution, which was more than commendable.