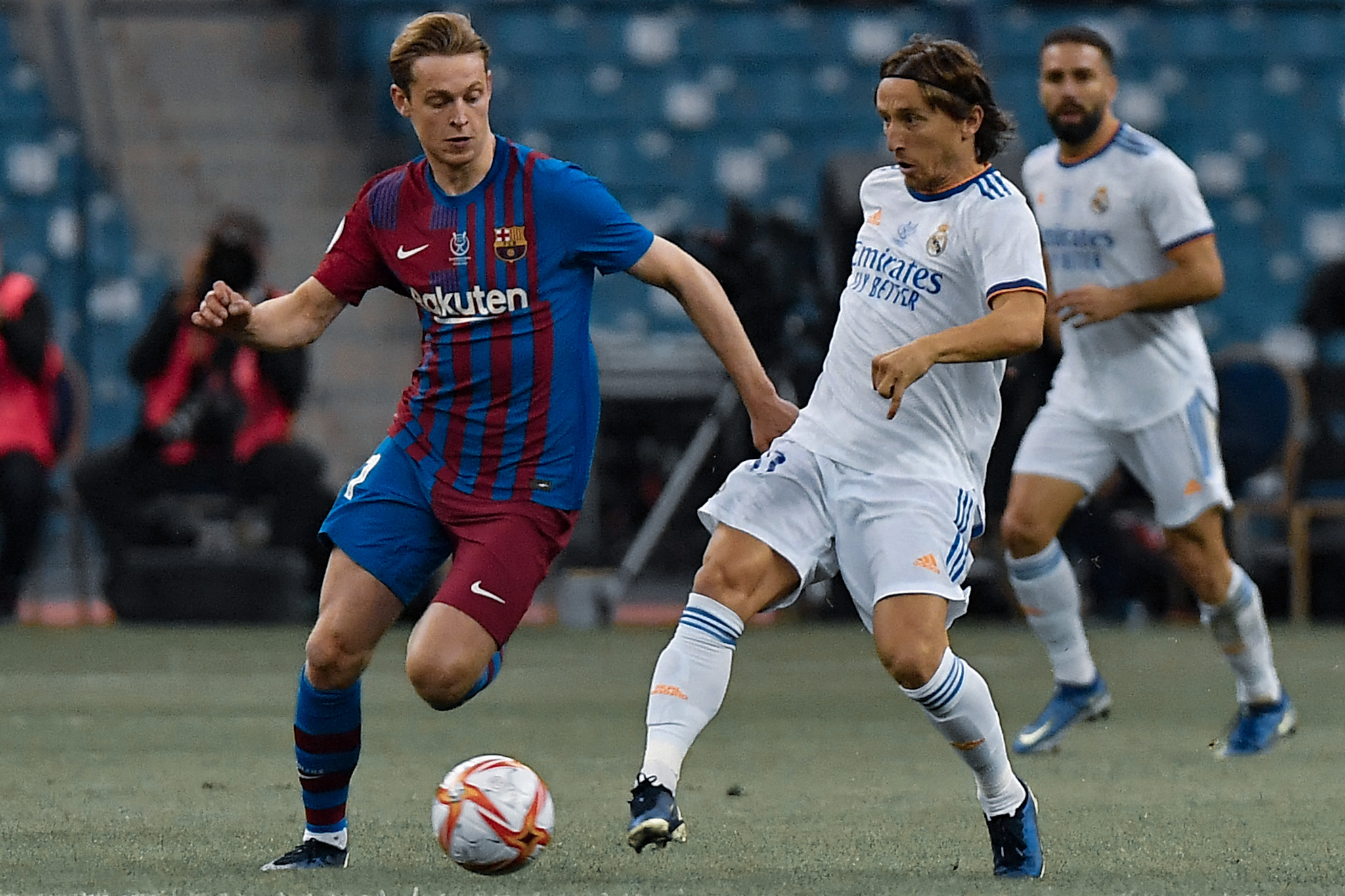 El Clasico has always been a game that has operated free from any luggage of previous records. Ahead of the big match, both managers concurred that Real Madrid’s recent dominance over their arch-rivals would have no bearing on the result.

And it was with that very spirit that Xavi’s team stepped onto the turf in Saudi Arabia, looking to put an end to their four Clasico losing streak.

The former Al Sadd manager chose to start new signing Ferran Torres in the big match after just one training session, showing his confidence in the young star. Luuk de Jong started ahead of Memphis Depay while Ansu Fati and Pedri started off the bench.

As was expected ahead of the game, Karim Benzema and Vinicius Jr wasted no time in getting into the Barcelona defense’s path. The duo combined well with Dani Carvajal and Marco Asensio to form a fluid attack. Marco Asensio had the first big chance of the game but fluffed his shot.

In the 25th minute, it was the Brazilian protege who got the better of Marc Andre ter Stegen. Vinicius received the ball with a well-timed run and fired a bullet into the top corner.

After conceding the opener, Barcelona did not sit back quietly. The Blaugranas began to fire wave after wave of attack, with Luuk de Jong getting two headers on target to challenge Courtois. It was ultimately in the 41st minute that the Dutchman’s efforts were rewarded.

A low cross from Dembele found itself at the feet of Eder Militao. However, the scrambled control let Luuk de Jong have a taste of the ball, which he made no mistake in guiding into the back of the net.

In the second half, Xavi made two changes, bringing on Pedri and Ez Abde for Frenkie de Jong and Ferran Torres. Pedri instantly began to cover the cracks in midfield, while the latter formed a real menace on the right-wing. Despite Barcelona having more chances, Real Madrid took the better ones.

Los Blancos began their threats with a wonderful move from Karim Benzema that hit the post in the 69th minute. Just three minutes later, they had the lead. The goal resulted from a shot from the French striker that Ter Stegen saved. The ball fell at the feet of Carvajal who fed the ball straight to Benzema with the goal at his mercy.

Ansu Fati, Memphis Depay and Nico Gonzalez were amongst the substitutes brought in during the second half’s progression.

Barcelona pressed high for an equaliser in the last ten minutes. Ultimately it did come from the head of Barcelona’s star Ansu Fati. Jordi Alba’s cross from a corner taken short found Fati in a crowded box, and the teenager showed ridiculous technique to bury the chance.

The following ten minutes were cagey, with neither side getting the initiative. The match proceeded to extra time with honours tied at full time.

It was in the 97th minute that Los Blancos scored their third and the game’s fifth goal. A well worked move from Rodrygo found a cluster of white shirt in the Barcelona area, eventually finished by Federico Valverde.

For all their efforts, a third equaliser could not be scripted for Xavi’s side. The Blaugranas put up a brave fight, but went down fighting at Saudi Arabia.