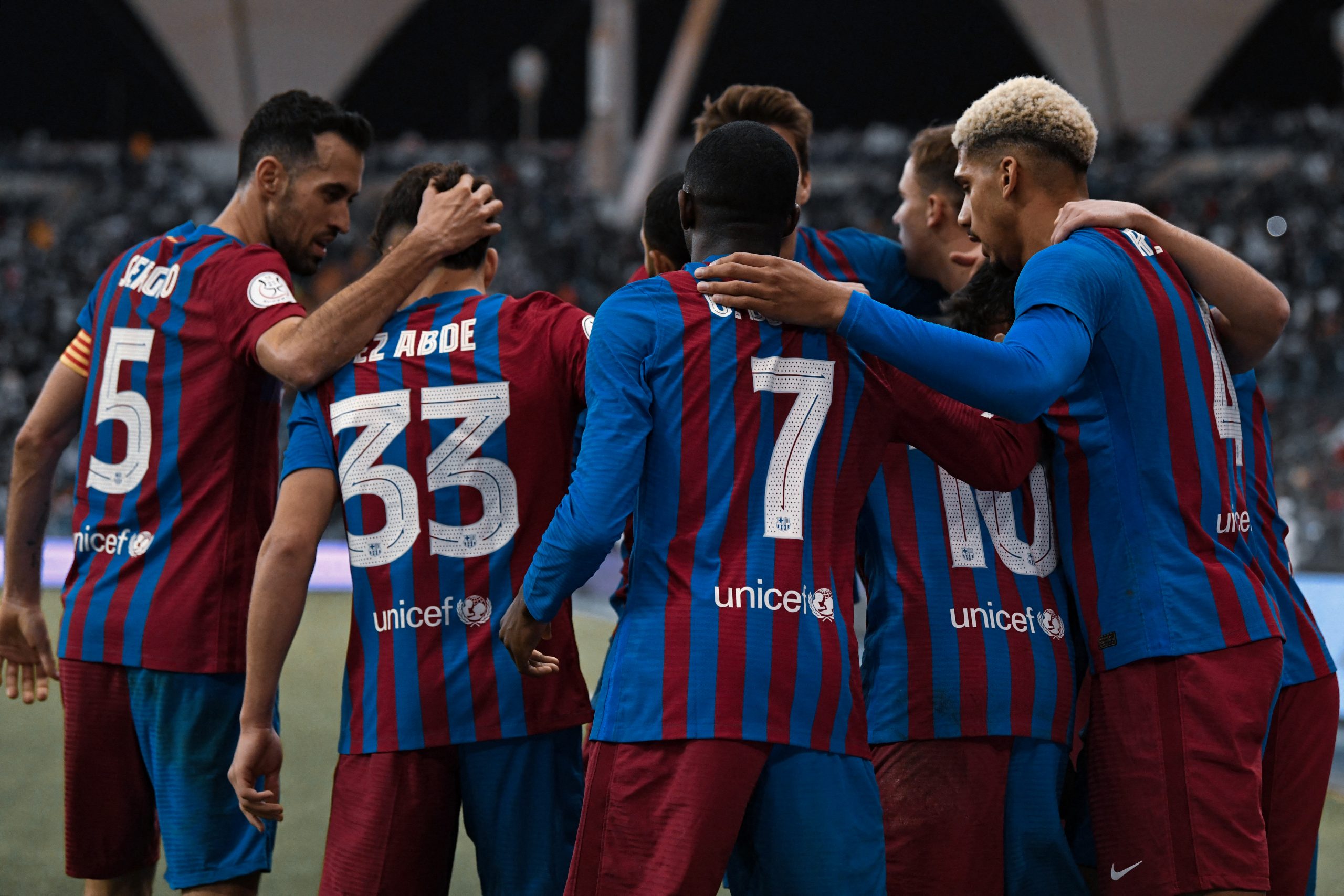 As Barcelona geared up to face Real Madrid, there was not a lot of optimism in the Catalan camp. However, as the match proceeded and ended, fans could not help but feel proud of how far the team has come since Xavi became manager. The Spaniard has truly transformed the team and is probably a signing and some time away from competing with all top dogs.

El Clasico yesternight was a back and forth affair. Real Madrid took the lead in the 25th minute, which was canalled out by Luuk de Jong minutes before half-time. Karim Benzema restored their advantage in the 72nd minute, and this time the equaliser came from Ansu Fati.

Federico Valverde scored Madrid’s third in extra-time, and this time the score stuck. We at Barça Universal run the rule over Xavi’s men.

ter Stegen was called into action eight times yesterday and made five saves. He was superb throughout the game but could have probably done better during the first goal. Clear signs of improvement, though.

Everyone loves Alves, but starting him vs Karim Benzema, Vinicius Junior, and Ferland Mendy was probably not the best decision. The trio ran circles around him and he had to be bailed out by Ez Abde and Gavi often.

Barcelona’s man mammoth – Ronald Araujo – returned to action in style. He is undoubtedly the best defender at the club, and if not for him, those in garnet and blue would have conceded many more goals.

Gerard Pique has been on a roll since Xavi’s appointment and yesterday was no different. He kept Asensio and Benzema at bay for most of the game, making several last-minute tackles.

One of Jordi Alba’s best performances of the season, even though the scoreline suggests something else entirely. Not only did he create three chances (including Fati’s goal), he was solid defensively. Rodrygo and Asensio didn’t know what hit ’em.

17-year-old Gavi was invisible for most of the game yesterday. So much so, he did not even pick up a yellow card. Simply put, Barça fans have come to expect more.

There is no denying that Sergio Busquets was at fault for that first goal and should have done better to protect the ball. He grew into the game as the minutes ticked on, though, and provided safe haven for those at the back.

Not sure where to even start with this Frenkie de Jong’s performance against Madrid. The Dutchman was constantly poorly positioned and did not put enough thought into his passes. Was subbed out at 45, probably to avoid an injury scare.

Torres made his Barcelona debut yesternight but would have probably chosen an easier opposition if it were up to him. He lacked rhythm, chemistry and was not sharp enough. Understandably so, though.

Luuk de Jong was brilliant against Madrid, keeping up the recent trend we have seen from him. He was a menace for Eder Militao and Nacho and was on the end of several crosses. Eventually got a goal as well. We’re witnessing the making of a cult hero.

Dembele is the most challenging player to rate, no less after a performance like this. While he was constantly a threat with the ball, he lacked composure at several times and ruined some genuine scoring opportunities.

For example, in the second half, Dembele decided to go past Vazquez and attempt a shot from the wildest of angles instead of passing the ball 3 yards to an unmarked Nico Gonzalez in the box.

The game changed once Pedri came on at half-time. The 19-year-old showed why he was given the Golden Boy award and why he is the standard for young midfielders around the continent. He could single-handedly change this season.

Abde is such an important arsenal for Barcelona, and understandably so. The Moroccan can create space out of nothing and almost scored a goal with a snap-shot yesterday. Could have probably done a lot more if given the chance to start.

Fati’s instinct for the goal is probably unparalleled in this Barcelona team, and the proof was in the pudding yesterday. He scored an incredible header, levelling the field.

Had 42 minutes to make a difference, albeit from an unnatural position, but did not deliver. Memphis will have to fight tooth and nail to gain back his prominence.

Nico, for the first time in his (admittedly short-lived) Barcelona career, looked timid. Did not attempt his characteristic line-breaking carries or any risky through-ball.

Did not get enough time to warrant a fair rating.