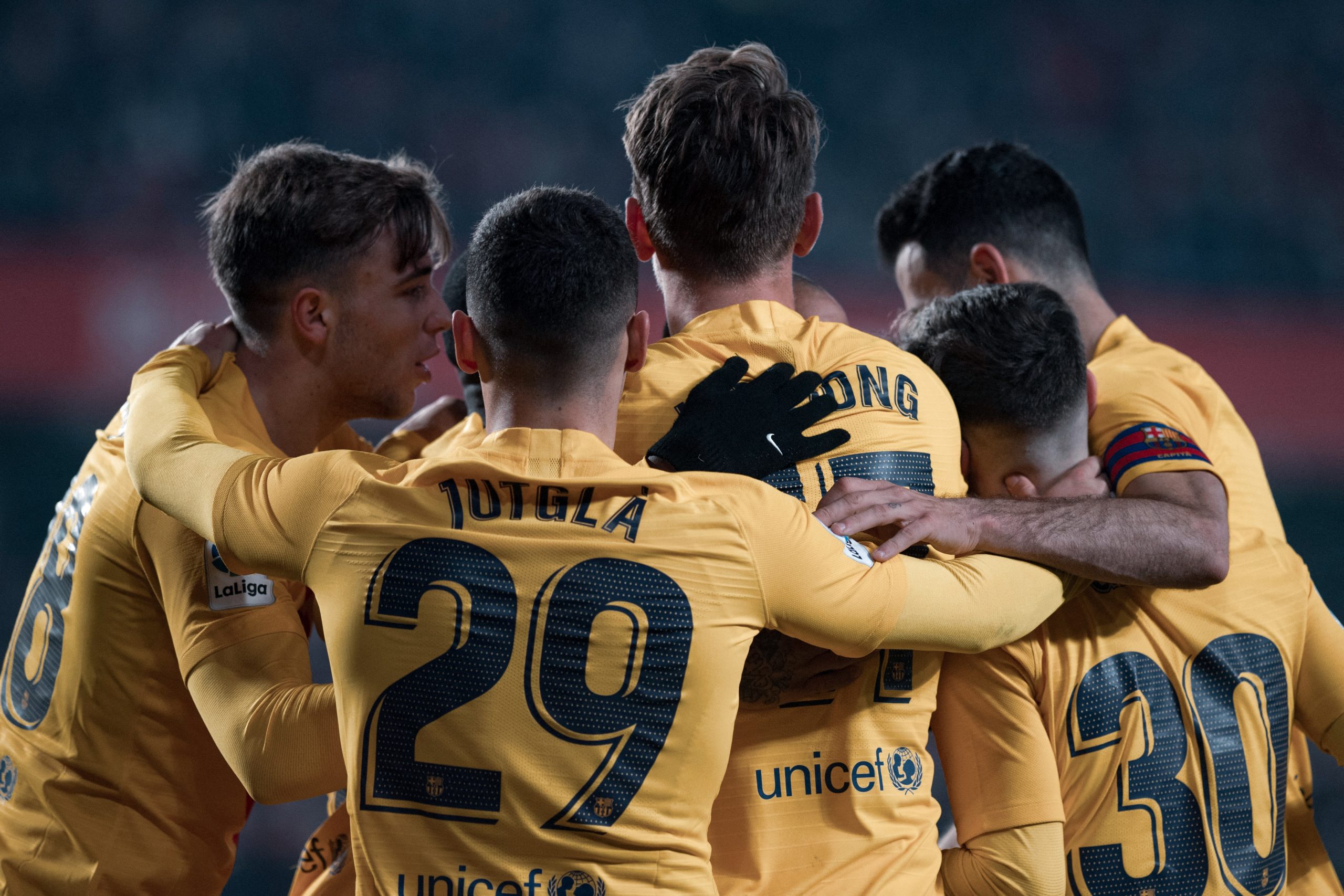 Having a chance to step into the top 3 for the first time this season, Barcelona let it slip away cheaply against a Granada side that came to life late in the game.

The Catalans went ahead in the 60th minute thanks to a wonderful combination between Dani Alves and Luuk de Jong, but a moment of recklessness from Gavi and a split second defensive lapse cost the visitors three points.

Unsurprisingly, Xavi Hernandez was found fuming at the end of the game. The Barcelona manager did not hold back his feelings, stating that he was infuriated at the result. Here are three talking points from the Blaugranas 1-1 draw against Granada.

1. The resurgence of Luuk de Jong

When Ronald Koeman asked for the signing of Luuk de Jong from Sevilla, the reception at Barcelona was quite hostile. The Dutch striker was coming off a destitute season for the Andalusians and was seen as incompetent for a club of Barcelona’s status. Moreover, his performances under Koeman enforced public opinion. Despite appearing in nine games under his former National Team manager, de Jong scored only one goal.

The arrival of Xavi did not help his case, with him subsequently benched for successive games. However, his recent resurgence in the team has been not only out of lack of options but also merit for his displays.

Against Mallorca last week, the striker gave Barcelona the lead through a well-worked finish. On Saturday, his stocks soared further up. Against Granada, de Jong was a constant figure in the opposition box. Not only did he menace the defence with his well-timed runs, but also seemed to understand the positional dynamics of the game perfectly.

He scored in just the eighth minute of the game off a Gavi assist. However, that goal had to be withdrawn owing to a minor offside. A stunning scorpion kick attempt minutes later shook up viewers, for it would have been the goal of the season. Ultimately, his resilience paid off early in the second half when Dani Alves found him in the box.

Pedri and Gavi have been two of the most unexpected surprises for Barcelona in the past two years. Both the teenagers made it big in the club set up, then went on to make their name in Luis Enrique’s La Roja. And while both the players bring rhythm, vision and stability into the team, there are fundamental differences in their approaches.

Pedri has proven to be a player wise beyond his years. His understanding of the game is beyond the sporting level, for he knows exactly what is demanded of him in the given situation.

Gavi, on the other hand, lacks that maturity. The elixir of youth flowing through his veins pumps his adrenaline to an extent where he plays without thinking of consequences. While that is a good thing on most occasions, Saturday night showed precisely how it could come back to bite the team.

Hardly has there been a game where the 17-year-old has not picked up a yellow card. Against Granada too, he was booked in the 22nd minute for a harsh sliding tackle.

With all three points almost in the bag, he lunged into another unnecessary challenge on Alex Collado in the 79th minute. He was subsequently given his marching orders, and Barcelona conceded the equaliser just ten minutes later.

While young Gavi was indeed foolish to get sent off, pinning the responsibility of the loss on him is unfair. Barcelona conceded a goal in the 89th minute from a corner, and it was a goal that should have been stopped even if the team had three other players sent off.

Neither was it a well-worked sequence of passes from Granada nor a dominant header in the air from the hosts. Barcelona’s inability to clear the ball from their area after defending the initial effort saw the ball fall at Antonio Puertas’ feet. What was even more surprising was the acres of space he was offered in front of the goal despite it being a set piece.

The Blaugranas have been highly susceptible to conceding goals from corners over the past few years, and this season is no exception. This permanent blind spot is one that needs to come to the fore as a serious concern, for there is no use in playing well for 85 minutes if five minutes of well-worked set pieces can undo the hard work.