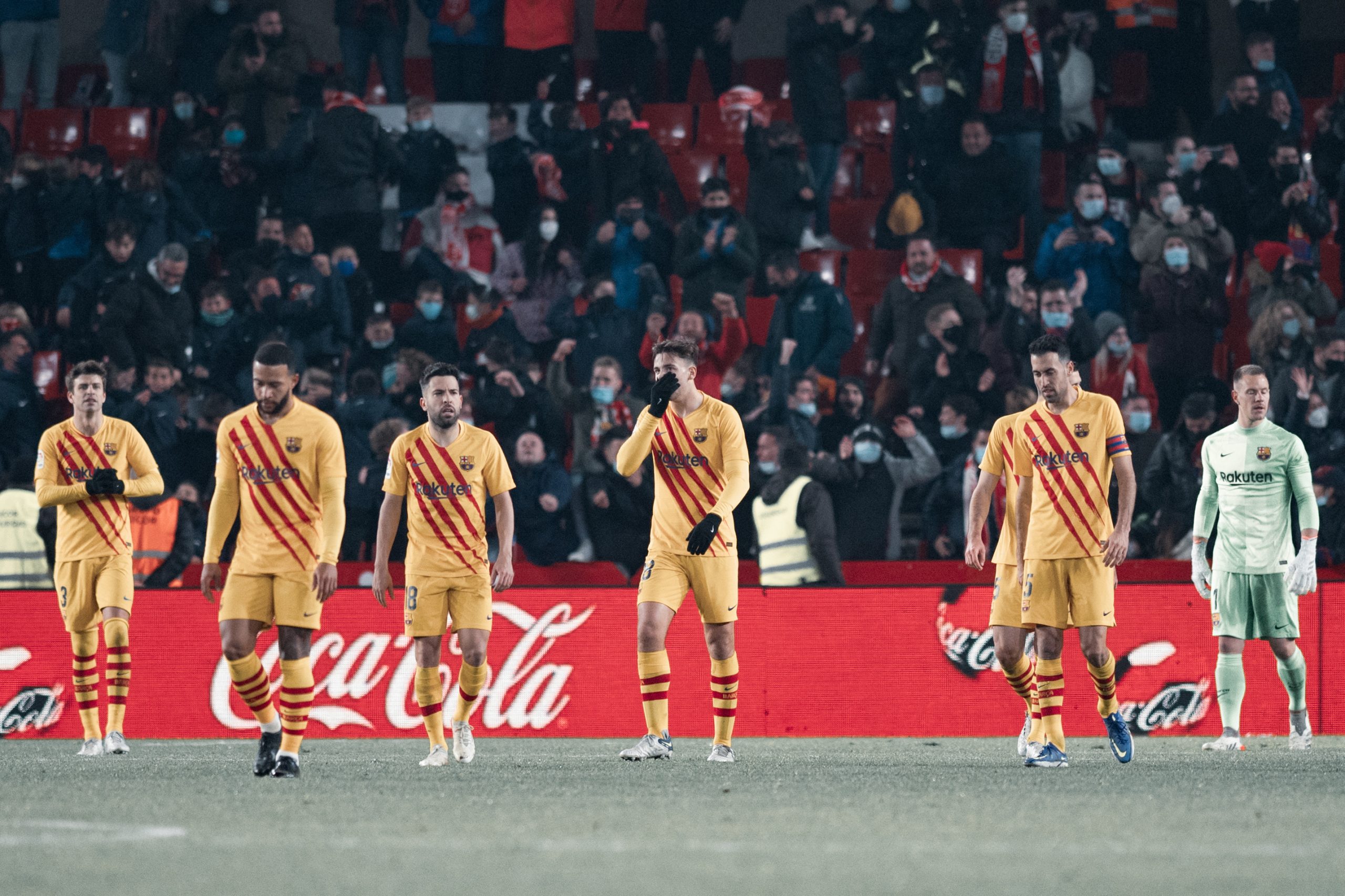 Barcelona had the chance to finish the weekend at a possible third place, however as they have so often done this season, they shot themselves in the foot with a 1-1 draw against Granada. Barça had some portions of the game in their control. However, in those that they did not, the positioning of the players and their reactions to this were rather slow.

The result is one that perfectly encapsulates the performance. In light of this, join Barça Universal as we provide our match ratings from the draw at the Nuevo Los Carmenes.

It was a solid evening for ter Stegen in goal. For the second game in a row, he has shown his best level, and if not for some very careless defending, he could have had a clean sheet. At times perhaps his distribution was questionable, however little can be taken away from him this time.

When the game began, Dani Alves was a bit sluggish. He made a handful of fouls, however as the game wore on, he only got better. The Brazilian poetically got his first assist in the very stadium he got his last for Barça, and aside from that, his defensive work was mesmeric.

More often than not, the Spaniard receives bouts of needless criticism. This evening Garcia deserved all the praise in the world. His tackling, positioning and insane blocks were essential in keeping Granada at bay. He picked up a hamstring injury, and will probably miss the El Clasico in midweek.

Yet another mammoth performance from Gerard Pique in what quite evidently is his redemption season. The Spaniard has been outrageously good of late, and last night, with his interceptions, clearances, and ball distribution, the Barça number 3 showed excellent command of his defence.

A bit of lethargy towards the end of the game for the rocket. Jordi Alba could perhaps have been better in possession and created not that much threat in attack. Defensively perhaps the team could have asked a bit more of him. Not his worst performance but more will be needed in midweek.

From a purely offensive standpoint, there is next to nothing that can be taken away from Nico. His dribbling ability and overall offensive nature meant that Barcelona consistently had someone to rely on in the attacking third. He did lose a concerning number of duels in the game, though.

When it comes to Busquets this season, there is rarely ever a performance in which he will be among the worst. The Spaniard has consistently been an underappreciated reason as to why Barça perform. Yesterday night from in deep, his distribution across the pitch and overall composure was at its very best.

It is often said that Gavi needs to be more composed in matches, and yesterday was no different. The Spaniard is far too often far too quick to make challenges. Many times this season, he has been one stern referee away from a red card, and that was the case yesterday. A reckless challenge at a crucial moment in the match, and this too against a teammate.

Completing the most dribbles in the match and taking four shots on the goal means nothing essentially. Dembele accumulated 0.08xG from his efforts, demonstrating a terribly weak sense of decision-making ability. Furthermore, off the ball his movements, or complete lack thereof, were atrocious. Much to improve.

It has to be said that Luuk did not have that much to do in the match. Nevertheless, at every instance in which he was called upon, he did well. His confidence is growing at a fast pace, and consequently so too the level of his performances. With two goals in two games, Luuk will hope to do similar damage to Real Madrid.

One of the more underrated players in the team, Jugtla thrives not by being the flashiest but by doing all the basics right. He was instrumental in the creation of the goal through the use of the one-twos, and over the course of the match, his ability to take on players was instrumental in his flank having any attacking presence.

The Dutchman did next to nothing once coming on for Barcelona. His six passes in a span of 30 minutes were painfully few, and defensively he was essentially nonexistent. Granted, he did receive little service, he could and should have been better.

More often than not perceived as the villain of the squad, Lenglet started off characteristically poorly. Nevertheless, as the game wore on, he grew into it and performed reasonably well come the final whistle.

Barely any end product in his 30 minutes on the pitch. He took one effort on goal, and it was a proper one too, however, bar that he did next to nothing on the pitch.

He played far too few minutes to warrant a rating.