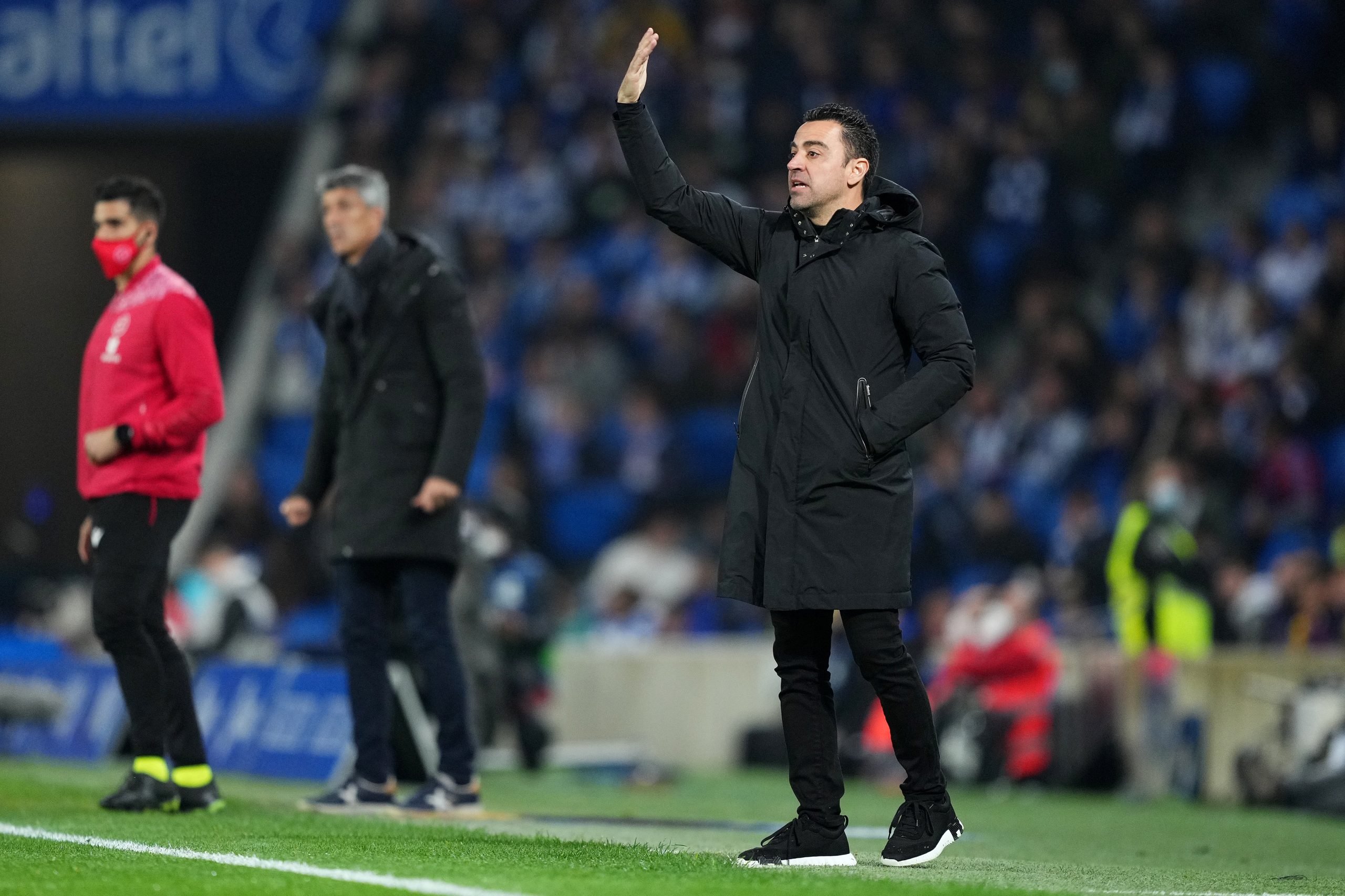 After a run of impressive form, Barcelona seemed to play around with the brake against Getafe at the weekend. It was far from the Blaugrana’s worst performance, yet, it looked like they had let the steam escape in a crucial part of the season.

After their narrow 1-0 win at Spotify Camp Nou, Barcelona next host Real Sociedad as the Copa del Rey returns. A win would take them straight to the final four, however, a defeat would see them eliminated from the competition.

Imanol Alguacil’s side are not too far behind Barcelona in the league standings. Just six points separate the two sides in La Liga, although Xavi’s men have a game in hand. They come into the cup tie on the back of a nine-game winning run, and will pose a stern challenge for the Catalans.

Barça Universal brings you three talking points ahead of Barcelona vs Real Sociedad.

Freshly inspired by their triumph at the Supercopa de Espana and the adrenaline of hoisting the silverware, Barcelona are itching to get back onto the podium.

The Catalans remain alive in three competitions, and gold is the only target on all three fronts. Xavi’s men sit comfortably in La Liga and are yet to start their Europa League campaign. At the moment, it is the Copa del Rey that is rolling in full force.

Barcelona have had easy fixtures so far in the competition, getting past Intercity and Ceuta in the previous two rounds. Now standing at the quarter-final stage, they find themselves pitted against a world-class Real Sociedad side. Thus, it is now that their real quest begins.

The Azulgranas must suffer to get the better of the Basque side on Wednesday, but if they do, they will be just two steps away from their second trophy of the season. As it is a direct knockout format, there is no margin for error.

Real Sociedad may be on a good run of form, but Barcelona clearly have the momentum heading into the game. The only question is – can they capitalise on it?

The importance of Robert Lewandowski in Xavi’s setup simply cannot be understated. The Blaugrana are a force to reckon with even without the Pole on the field, but his presence adds a cutting edge that no other player can offer.

His three-game ban in La Liga is two-thirds through, and both games so far ended in narrow 1-0 wins for Barcelona. The difference with him on the field is stark, for the same team has scored ten goals in the last three games he has played in.

After sitting on the sidelines in his team’s win over Getafe, the former Bayern Munich man will return to the field against Real Sociedad and look to assert his dominance in the final third. After all, he has always been one to chase and step up, on big occasions.

The Copa del Rey teaches one the reason a home advantage is taken so seriously. In the first two rounds, Barcelona saw well the effect fans can have on their team’s morale, as both Intercity and Ceuta churned out phenomenal displays for parts of the game against a significantly stronger opposition.

After two games on the road, the cup finally sees one game at Spotify Camp Nou. Xavi could not have asked for a better occasion to have the fans behind his back, for Real Sociedad are not only one of Spain’s best teams but also one with a similar philosophy.

Imanol Alguacil’s men average 55% possession in their league games so far this season and have scored 28 goals in their 18 games. Further, they conceded just about one goal in every ninety minutes owing to their solid backline.

In his pre-match briefing to the press, Xavi stressed the same point and added that the clash of similar styles would spice up the game.

The Basque side have the likes of Brais Mendes and Martin Zubimendi in the middle of the park who are all extremely comfortable on the ball. On Wednesday night, the focus lights on the midfield where the two teams will battle it out.

Possession will be key on the night, and thus, even the effectiveness of the press. If the Catalans can hold up resilient and coordinated pressure on Real Sociedad when off the ball, there is one only way the result can swing.