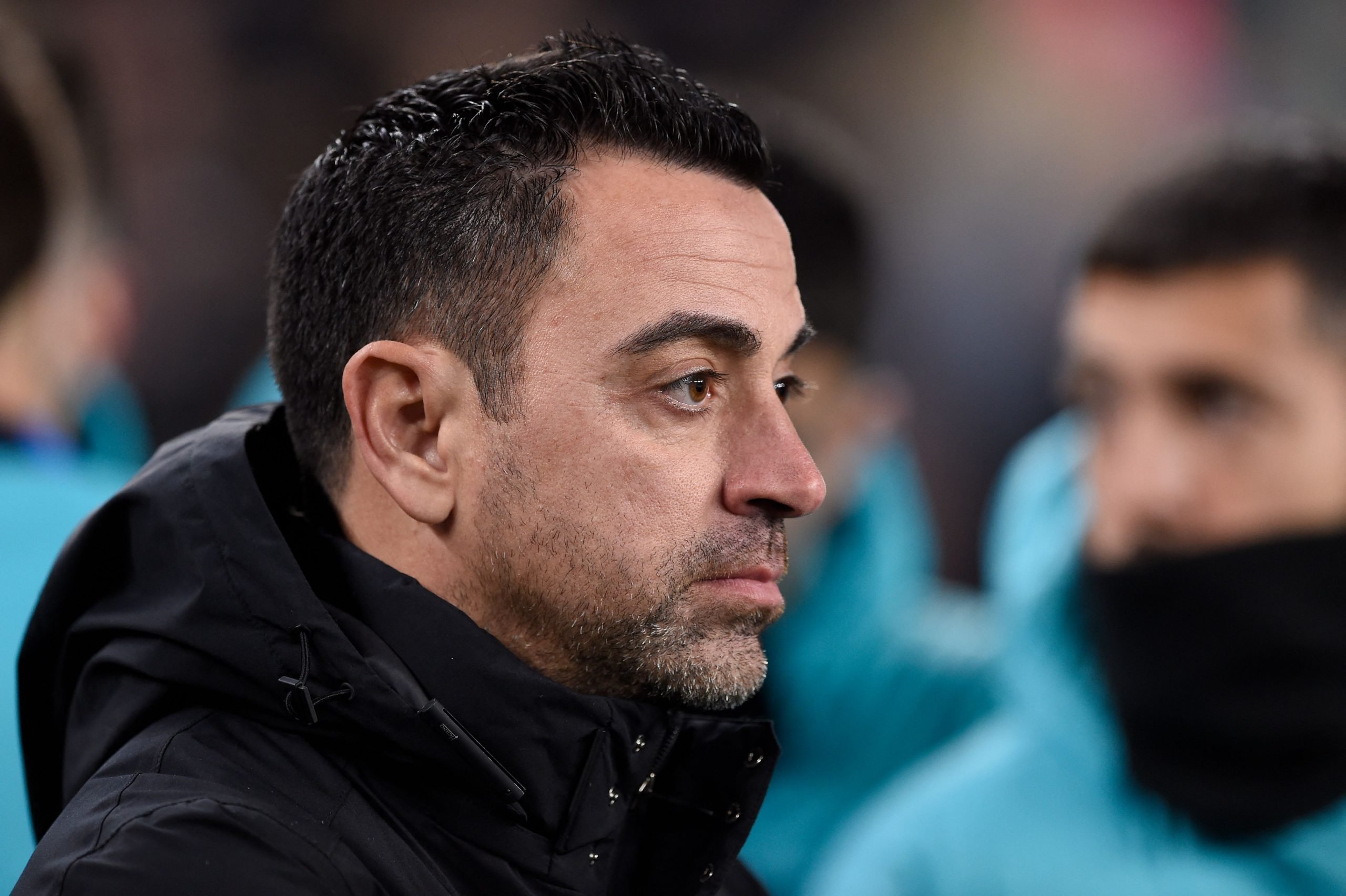 Barcelona will lock horns with Real Sociedad on Wednesday night to secure a berth in the semi-finals of the Copa del Rey.

The Catalans have won ten of their last 11 games in all competitions (D1), but face an in-form opponent, who have racked up nine victories in a row.

So, Xavi & co., who beat Getafe on Sunday in La Liga, will have a big challenge ahead of them tomorrow as they look to make it into the semi-finals of the cup competition and take a step closer to winning their second trophy of the 2022/23 season.

On the eve of the game, manager Xavi Hernandez appeared in front of the media and discussed various topics and provided an update on the team news as well as the club’s plans for the remainder of the January window.

On tomorrow’s contest vs Real Sociedad: “It’s a decisive game. We’re playing at our home ground, we’ll see if 80,000 people can come. It will be a great game: both teams are in good form. Real Sociedad are a great team, very well worked by Imanol Alguacil.”

On whether he has decided his lineup: “We will decide tomorrow. We have been training normally and I don’t want to give any clues to my players either. I don’t like to move forward.”

On referee Gil Manzano, who sent Robert Lewandowski off: “We will try to receive it in the best possible way and let it go unnoticed. When there is no controversy the referees are happier. There is no problem. Lewandowski is a great professional and he won’t think about the referee.”

On Martin Zubimendi: “He is more physical and faster than Busi, who is better technically. But it’s not just Zubimendi, it’s all the players in midfield. We have a great team visiting us. Zubimendi is a great player.”

On the team’s form: “It depends on how we are. In the Super Cup final we did everything we could. The other day, against Getafe, we weren’t at our best. It’s impossible to be good all the time, but we have to be competitive and win when we don’t play brilliantly.”

On the final week of the January window: “I expect little movement. I’ve said that from day one. Especially in terms of new signings, I’m calm. I’m not ruling anything out, but for the moment there is no news.”

On Imanol Alguacil: “Imanol’s approach is excellent. He is a proven coach who has already won a title with Real Sociedad. For me he is an example of how to do things. I like a lot of things about Real, they are a great team. And a large part of the credit goes to Imanol.”

More on Gil Manzano: “I always tell the players to forget about the referees. These are situations we can’t control. We can control our game, our state of mind. We are in a good moment and this refereeing appointment is not going to change anything.”

On what will be the key in tomorrow’s match: “I think we will have to take the ball away from Real. Players like Zubimendi, Brais, Silva and Merino feel very comfortable when they have possession of the ball. If we don’t dominate the ball, we will suffer. Real Sociedad do a lot of things well and their style is very similar to ours.”

On whether Gavi is ‘rough’: “I think it’s nonsense. There is a referee who decides. Gavi has passion and courage. I think he is fouled a lot and he gets few fouls. Those who think otherwise are the creators of ‘villarato‘”.

On the objectives of the team: “We are in a very good moment. The Super Cup has given us confidence, but we have to demand more of ourselves. We can’t just take one title. We want to fight for the league, the cup, and the Europa League. The objective is to win titles. We have one, but there are three more to play for.”

On Barcelona Femeni’s disqualification from Copa de la Reina: “There are laws. It was our mistake, we have to speak openly. We have to accept the mistake, it is our responsibility.”

On Gavi being compared to Casemiro: “When he goes to the national team, he’s a marvel, and when he plays for Barça, he is not liked. That’s normal. And if we win, he’s less liked. That’s how it is. Let Gavi be calm and continue to play with passion. I recommend him not to slow down. He has no ceiling.”

On Raphinha: “He is being decisive. He is scoring goals and making decisive assists. I’m happy with him, he’s growing a lot. It’s not easy to make a difference at Barça and he’s doing that.”

On Marc-Andre ter Stegen and the defence: “Marc is at a spectacular level. He’s at the top of his game. He reminds me of the Ter Stegen of his first year. He gives us a lot and makes the difference. We give importance to the defensive line. We work on it and it is paying off, especially in La Liga.”

On Spanish football: “Spanish football has gone in a tactical and defensive direction. That’s why you see so many stoppages in play, so little rhythm, so many cards. The mentality is more defensive than in other countries.”

On the lack of pivot midfielders in Barcelona academy compared to Sociedad: “It depends on the generation. Barça and Real Sociedad work in the same way in grassroots football. Sometimes there are a lot of midfielders, and sometimes players from other positions.

“Yes, perhaps we lack a natural replacement for Busquets in the pivot, but we are very happy with youngsters like Araujo, Gavi, Balde, Eric, and company.”

On Frenkie de Jong: “It depends on how the opponent plays, he can play as a pivot. It depends on the game situation. Frenkie is a total footballer. I like him more as an inside midfielder, but we give him freedom.”

On practicing penalty shootouts: “Yes, we have worked on everything that can influence the match. Real Sociedad concede very few chances and let in very few goals. It will be a great game. It will be very difficult for us.”

On Franck Kessie’s future: “At no time have I considered his departure. He’s a player that I like a lot because he gives us alternatives in the game. He was especially good against Ceuta.”

On Ronald Araujo and Frenkie’s physical condition: “They are all fine, 100 percent. Luckily for the team and unfortunately for me, I have to leave 12 or 13 players out of the eleven. I’m sorry, but it’s a luxury to have all the players.”

On Takefusa Kubo: “Take is a differential player. He is a powerful player, strong in one-on-one situations. I’ve always liked him personally, ever since he was in the Barça youth team. We’ll have to keep an eye on him. He’s confident, he’s been scoring goals lately.”

On video sessions with players: “They are short videos. They are no longer than three or four minutes. If they see the image, they see what they need to improve. We are here to help them.”

On Angel Alarcon: “I thought it was a difficult moment for the team, where experience was needed. He won’t be called up because he will play the cup match with the youth team. At the weekend he will come back with us, as we are short of strikers.”

On offside and VAR calls: “The referees let the play continue and, when you get the ball back, they stop the game and prevent the transition. It makes me frustrated.”