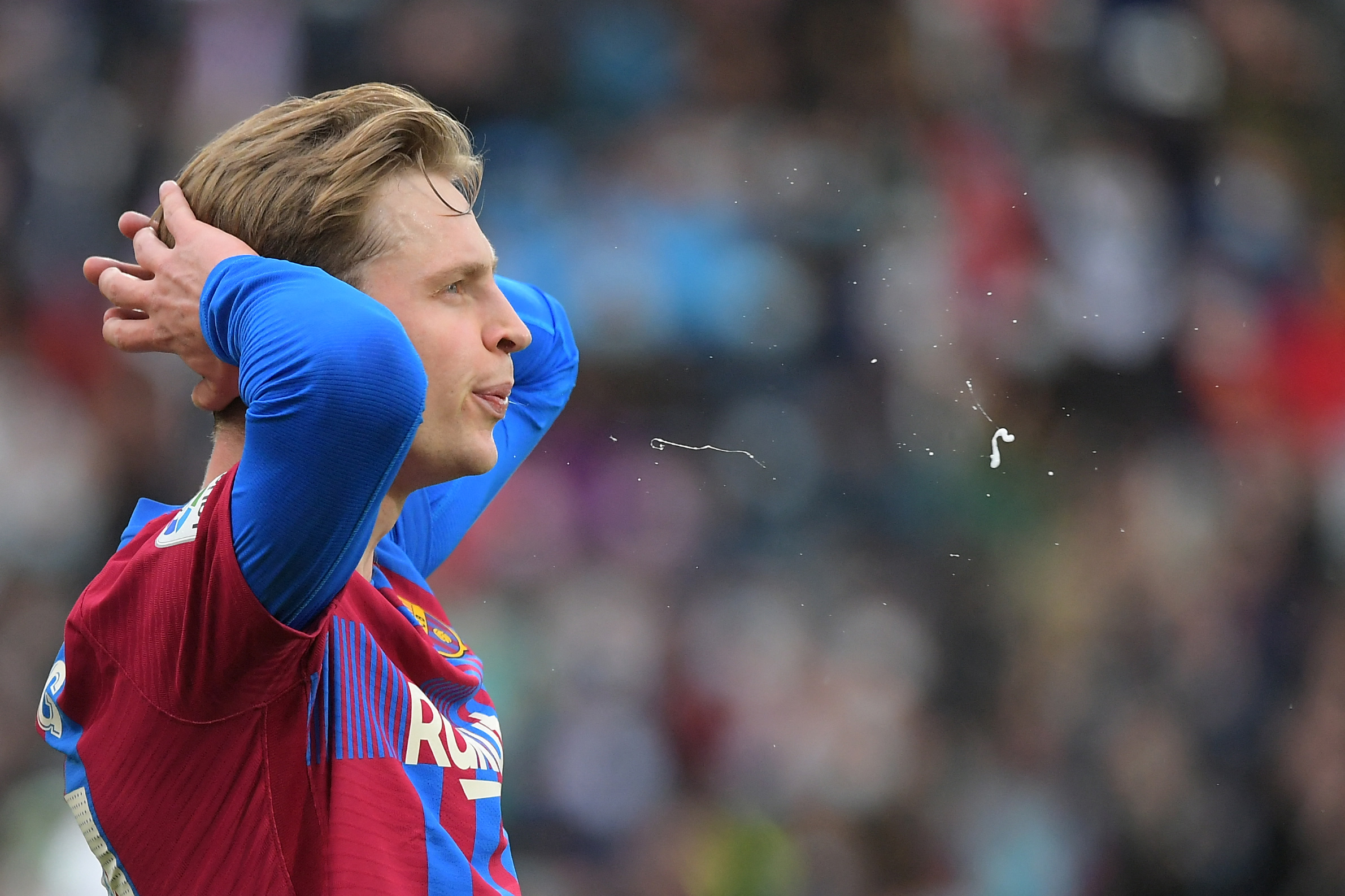 Desperate times call for desperate measures, goes the infamous adage. And not many clubs in Europe are as desperate as FC Barcelona at the moment. Their dire financial situation has already led to the bitter departure of Lionel Messi.

It looks as though the ripple did not end there, as another fan favourite in Frenkie de Jong is excruciatingly close to a move away from the Catalan giants, with a very lucrative offer potentially coming in.

In light of recent reports that de Jong’s transfer to Manchester United is 95% done, Barca Universal looks at three reasons as to why the Dutchman’s exit could be sealed.

The most obvious explanation of the lot. The financial aftermath of Josep Maria Bartomeu’s erratic presidential tenure has cut deep at Barcelona.

The overflowing salary mass and the implications of reckless spending on senseless transfers in the past few years have come to cost the club dearly.

If the reports turn out to be true, Man United will pay around 80 million euros for the Dutch midfielder, which, at a time like this is a crucial sum for Barcelona. The Blaugrana are still struggling to manage their wage bill and have tied hands when it comes to making transfers.

The decision is most likely borne purely from an economic standpoint, as both he and manager Xavi Hernandez seemed intent on continuing to build their dynamic together at Barcelona.

The weight of expectation

While Frenkie de Jong has not been a bad transfer by any means, mismanagement, a lack of structure and a defined role, and therefore, confidence, has meant that the midfielder has just not been able to show his true pedigree consistently.

He has shown glimpses of his limitless ceiling on numerous occasions but has largely failed to emulate the quality he showed at Ajax. Barcelona needed him to stamp his authority on every game, which he, unfortunately, could not do.

Perhaps the knowledge that his former coach at Ajax, Erik Ten Hag, will know exactly how to get the best out of him also convinced the now 25-year-old to make the switch to England.

The next generation’s breakthrough

Pedri Gonzalez, Nico and Gavi’s rises to prominence have been great news for all Barcelona fans and everyone within the club.

However, it does pose questions for de Jong. While the Dutchman certainly merits his place in the starting XI, the quality and hunger of the teenagers mean he does face a larger threat than he would like.

Xavi substituting de Jong on a few occasions is perhaps a testament to just that. It seems like a stretch, but it could be playing in de Jong’s mind if he does ultimately decide to accept a change of scenery.