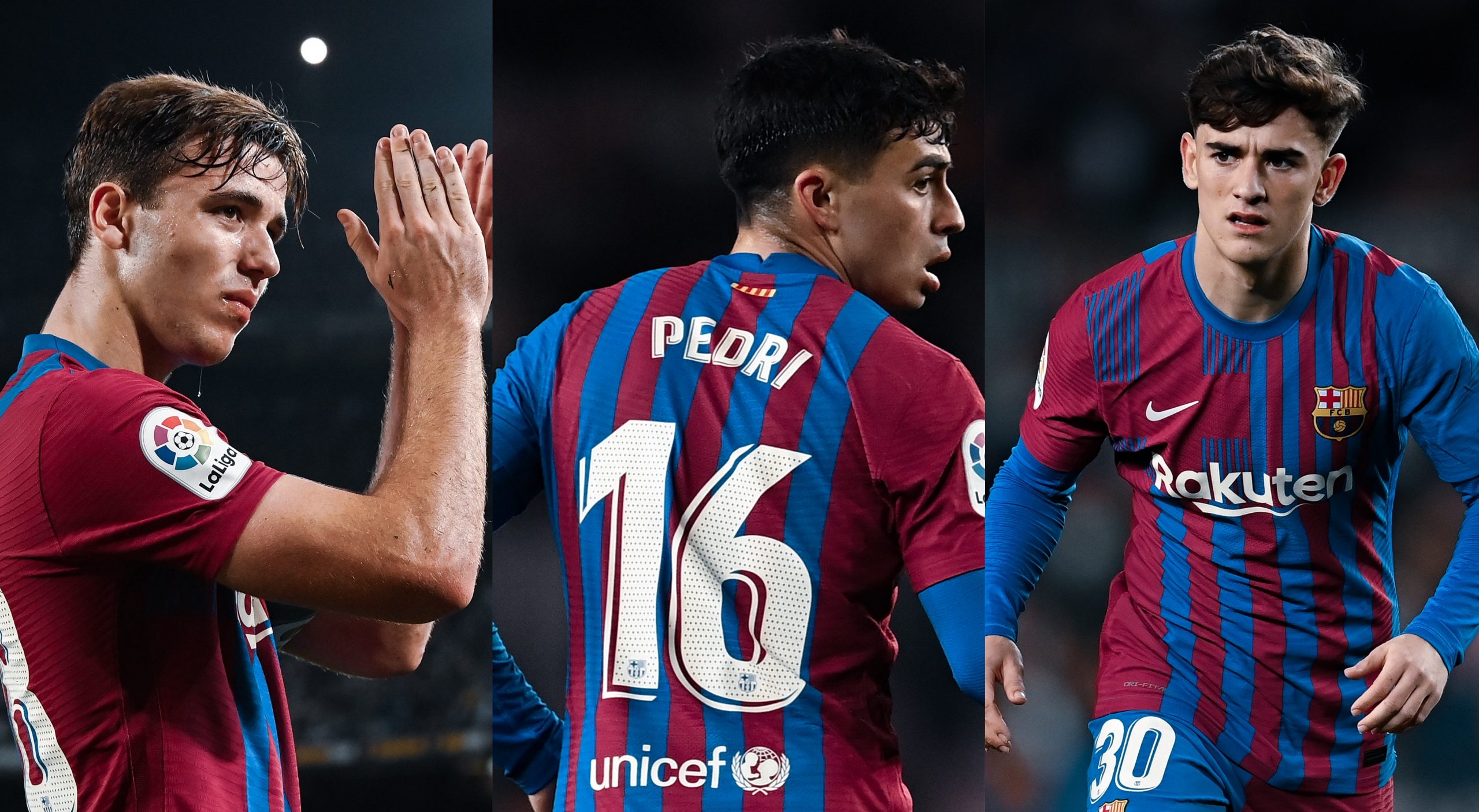 It has become somewhat commonplace for Barcelona to churn out exciting midfielders. Nonetheless, the talents currently in the squad are quickly fulfilling their potential and making the transition to consistent first-team football at an incredible rate.

On top of that, the presence of Pedri as a smart signing instead of the typical La Masia product adds a unique twist to the formula.

Per Football Reference, since 2017/18, only seven total teams in Europe’s big five leagues have had multiple teenage midfielders with nine full matches worth of playing time in the same season.

How many of those sides had three such midfielders? Only this year’s Barcelona team – with a good chunk of matches remaining. This fact is made even more impressive when considering the stature of the club.

For a wave of young talent to break through at a side like Rennes or Saint-Étienne is impressive, but doing so at a Champions League side who are second in La Liga is a different beast.

That club stature has made sure that everyone is aware of the young Spanish trio’s talent, but it is still worth it to put their performance into perspective. To start, Pedri this season has taken on more of a direct role in progression and shot creation – no longer acting as more of an outlet for Lionel Messi.

The former Las Palmas man’s defensive numbers are down from last season, but he is still active. This is reflective of one of the great things about the trio – their well-roundedness. Relative to their teenage peers in recent seasons, you can see a balance in their games.

None of them are all-out pressing machines, but they are willing and capable defenders. They may not have the progressive capabilities of a Thiago Alcántara – not yet, at least – but they are definitely skilled on the ball. In today’s game, the fact that all three can move, press, and progress is incredibly valuable.

While being the youngest and the shortest in the trio, Gavi has been a major box threat this season. The 17-year-old has also displayed an impressive ability to weave through defenders, as best reflected by his solo goal against Elche.

Again, the percentiles here are relative to his fellow La Liga midfielders of all ages. Even with his lack of experience, Gavi has shown an incredible knack for getting on the ball in dangerous positions. The potential next step for him will be developing his distribution from deeper areas.

The same could be said for Nico as well. Both he and Gavi produce impressive ball carrying numbers but fall a bit behind the more rounded progresses like Pedri.

Mixing his wide frame with great body control and burst, Nico’s dribbling this season has been a joy to watch in its own unique way. Development on the passing side would be very valuable, especially with Sergio Busquets (consistently above the 90th percentile for progressive passing) nearing the end of his career.

Looking to Busquets reveals some other interesting things about this trio of youngsters – or perhaps, areas where they are lacking.

For instance, when it comes to ball-winning and shielding the backline, Busquets is in the 62nd percentile for tackles and interceptions per 90 among La Liga midfielders, and he was in the 88th percentile last season. None of Pedri, Gavi, or Nico really come close there.

Then there is the possession-retaining side of things. Busquets is in the 79th percentile for this season and 89th last season in terms of the number of times being dispossessed.

Currently, this trio tends to lose the ball very frequently compared to the 33-year-old. A lot of this is definitely due to the roles they are playing, but it does go to show that these three have not covered every aspect of a balanced midfield yet.

Still, there is undoubtedly reason to be excited about how Barça will develop in the middle of the park. Pedri, Gavi, and Nico, plus Frenkie de Jong and others will certainly be a talented batch that can thrive if utilized properly.