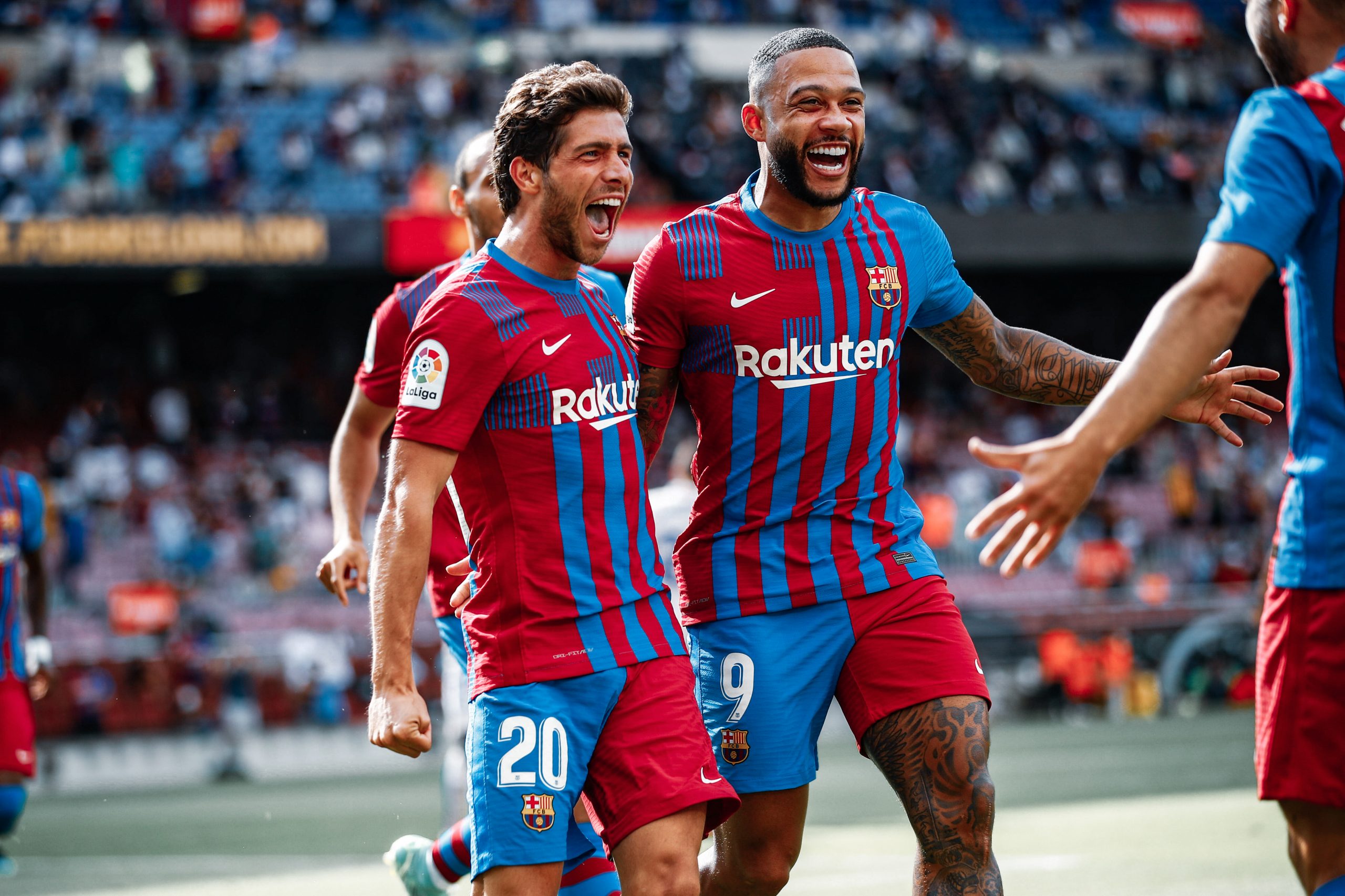 Barcelona returned to the Camp Nou on Sunday evening to face Getafe in what turned out to be a bit of a scrappy affair. The Catalan side took the lead early on through a Sergi Roberto goal after a trademark run and cross from Jordi Alba. Former Barca man Sandro Ramírez equalised for the visitors 15 minutes later after a well-worked goal, before Memphis Depay scored the winner for Ronald Koeman’s men in the 30th minute of the match.

The result puts Barca in fourth position of an embryonic La Liga table but leaves many questions requiring answers ahead of a tough tie against Sevilla after the international break.

Here are the three lessons learned from the 2-1 win over Getafe.

Last season was far from a positive one for Sergi Roberto. The 29-year-old played only 20 times in all competitions for Barcelona due to injury, and when the Spaniard did feature, he was often seen as a burden by the fans.

Roberto only contributed to three goals last season; a total he has already matched this season in the same number of games, and one can’t help but think if the Spaniard has gained a second wind in his career.

Today showed that Roberto could be the first choice in midfield should anything happen to Koeman’s reliable three, replacing Pedri, who is enjoying a well-deserved break. This will depend on how Ronald Koeman plans to use Coutinho, but the early signs are positive should it indeed be Roberto.

Roberto opened the scoring after latching onto the end of a Jordi Alba cross and overall contributed to the victory with a commendable display, completing 42 passes with a success rate of 88% in addition to his goal.

The signs are positive from Roberto, and the Catalan faithful will hope that this continues throughout the season, having written the 29-year-old off at the start.

One leftover question from last season was how Barcelona’s defence would perform after many weak showings throughout Ronald Koeman’s first season. Last week against Athletic Club highlighted this again, with the Blaugrana counting themselves lucky to come away from San Mames with a point.

Today was evidence that the problems have still not been addressed. Although Sandro Ramírez’s goal was well worked, it can still be considered too easy. The midfielders did not support the backline, and when the initial pass is pulled back to Sandro, there are two free Getafe players between the home side’s defensive and midfield lines which allowed the former Barca man to play an easy one-two.

Barcelona will get away with this against sides like Getafe, but when it comes to the stronger La Liga sides and the Champions League, they will get punished for their complacency.

Once Lionel Messi’s departure to PSG was confirmed, the onus of responsibility was placed on the shoulders of Memphis Depay and Antoine Griezmann to fill the void the Argentine left: two players whose seasons are off to two different starts.

Depay started the season like a man who understands his responsibility to step up, starting the season with 2 goals and an assist. The Dutchman has won his new side four points already and showed his value again today, stepping up to score the winner.

On the other hand, Griezmann has been very docile: with zero goals, assists, shots on target, and big chances created in the opening three games. The Frenchman did not even look a threat today, and it is in these tight, scrappy games where the World Cup winner is supposed to make the difference – an effort that was met with whistles and jeers at the Camp Nou.

Depay looks like he is the new star of the Camp Nou and will be crucial to any success Barcelona may have this season. As for Griezmann, it is now or never.