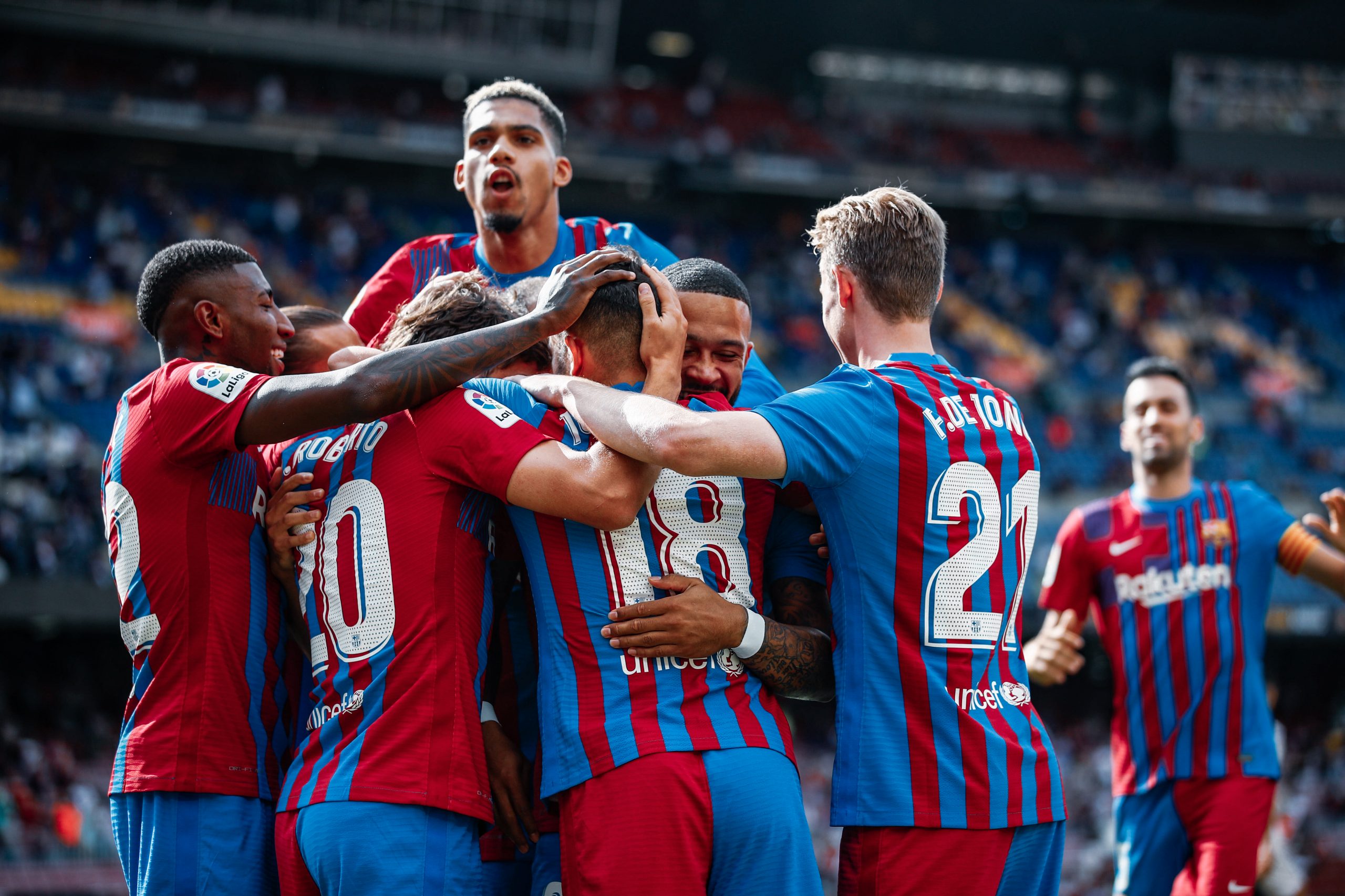 Barcelona hosted Getafe in their third game of the new La Liga campaign, emerging victorious in a high-octane affair right from the off.

Thanks to first-half goals from Sergi Roberto and Memphis Depay, the Blaugrana managed to pick up all three points and keep pace with rivals Real Madrid at the top of the table after the Galacticos’ win against Real Betis.

The top five teams in La Liga are all tied with 7 points as it stands, with Barcelona in fourth position due to goal difference. However, after their game against Villarreal, reigning champions Atletico Madrid could go top of the table, having won both of their two opening games.

The first period was thoroughly entertaining, with the Catalans getting off to a blistering start. Depay’s sprayed pass to Alba caught out the visitors, and the left-back drilled in a cross which was turned in by Sergi Roberto, who scored his second goal of the season.

Getafe slowly began settling into the game, however, and Barça’s defending started looking shakier by the minute. In the 19th minute, some slick interplay between former Barcelona boys Carles Alena and Sandro Ramirez saw the latter carve out a shooting opportunity before slotting in a finish at the near post.

Marc Andre ter Stegen, who returned to the side after over three months of recuperation from knee surgery, was questionably positioned and should have made the save. From there, Michel’s side showed a lot more attacking impetus, but their momentum did not last long.

A turnover in possession near the centre-circle in the 30th minute allowed Frenkie de Jong to release a wonderful pass through the Getafe defence to Memphis, who made his way into the box, and after some nifty footwork, slotted in a composed finish at the near post as well.

The Dutch duo of Depay and de Jong seemed to be firing on all cylinders once again, and the former Lyon man continued to endear himself to his new fans, becoming the first Barça player since Cesc Fabregas in 2011 to be directly involved in three goals in his first three appearances.

A few collisions and a little controversy followed before the referee Pablo González brought an end to a quite thrilling half of football.

The second half was a much more tame affair in comparison. Barcelona aimed to keep the ball and pen back Getafe into their own final third, but as soon as possession turned over, the Azulgranas continued to look rather feeble at the back. The passing was a lot sloppier from Ronald Koeman’s men as well.

That kept getting more evident, as Getafe began to impose themselves far more as the half went on. Mauro Arrambari, Nemanja Maksimovic and Jakub Jankto all kept getting into decent areas and peppered the goal with shots. None of them, thankfully, were of too much threat to ter Stegen in between the sticks.

Sergi Roberto missed a glorious opportunity in the 62nd minute, as he looped in a very harmless header into the hands of David Soria after Clement Lenglet played him in with a wonderful lofted pass.

Two hefty challenges on Roberto and Martin Braithwaite later saw them replaced by the two promising young midfielders Pablo Gavi and Nico Gonzalez. Barça were then content just to move the ball around.

The home side even had a goal ruled out for offside in the 83rd minute, followed by a wonderful chance for Depay thanks to a wonderful cross from substitute Sergino Dest. Unfortunately, the Barcelona number nine’s acrobatic effort sailed over the bar.

Oscar Mingueza returned to action off the bench, replacing Antoine Griezmann, who had another underwhelming night going forward, with whistles for his lack of impact interspersed with a few cheers for his ever-diligent defensive duties.

Overall, a very docile second period ended, and Barcelona could ultimately breathe a sigh of relief after a hard-fought win.

Up next for the Catalans, a massively tough test against Sevilla at the Ramon Sanchez Pizjuan after the international break. After which, they will get their 2021-22 Champions League campaign underway with a clash against the mighty Bayern Munich.