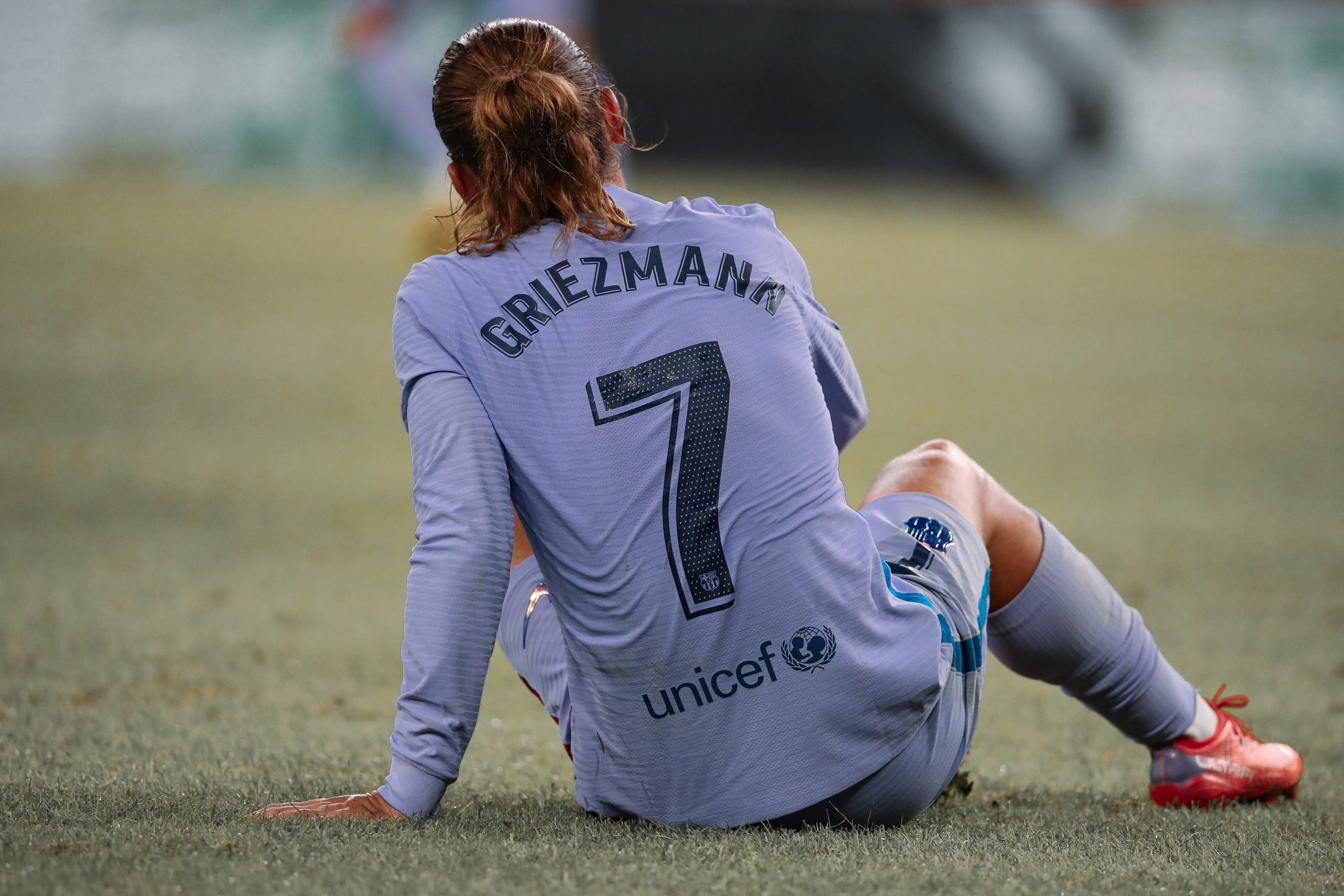 An empty throne sits in the Camp Nou, waiting for someone to claim it.

Some are too young to inherit its responsibilities; others are too old. If no replacement can be found, what happens to the kingdom?

Whether fair or unfair, all eyes turn to one person in particular: a World Cup winner with a €120 million price tag.

After a difficult first season – to say the least – with the Blaugrana and much-improved second season, the pressure is on Antoine Griezmann to finally fulfil the lofty expectations that came with his arrival in 2019.

Heading into the summer of 2019, Barcelona were coming off a devastating 4-0 loss to Liverpool in the Champions League semi-finals and a 2-1 loss in the Copa del Rey final. It represented one of the toughest times in the club’s recent history – only to be upped by the tumultuous summers of 2020 and 2021.

With said losses, the team needed clear reinforcements at the back, regardless of their inability to score and create timely goals outside of Lionel Messi. Barcelona decided to splurge cash on a new signing, but it wasn’t to aid the defence. For €120 million, Griezmann was brought in from Atlético Madrid.

Admittedly, hindsight is 20/20. However, at the time, the Frenchman’s move made plenty of sense for many cúles. For example, his technical attributes and team-first style were expected to fit seamlessly into the “Barça way”.

Along the same lines, Griezmann’s versatility and reputation as a goal scorer/creator meant he could theoretically slot in anywhere upfront and take pressure off of Messi’s shoulders.

The expectations were sky-high for the 2018 World Cup winner.

A First Year of Disappointment

Griezmann’s first season with the Catalans ended up being underwhelming and disappointing, but you could not have guessed that from the start. He hit the ground running in his first few appearances, tallying three goals and two assists in seven matches.

Nevertheless, it became more and more clear that a goal here or assist there merely covered up performances where the Frenchman was out of place, out of sorts, and seemingly on a different team.

This was also where the main concern with his signing came to the forefront: his overlapping skillset with Messi. Both players operate in similar areas on the pitch as number 10s, cutting in from the right or dropping deep from upfront to influence build-up and creative phases of the game.

Naturally, both could not freely roam, thus Griezmann’s skillset was severely limited to off-ball runs that teammates were not comfortable with sending him long-balls to or playing more like a poacher.

In a team full of attacking talent, Griezmann ended the 2019/20 season with 15 goals and 4 assists, his worst goal-contribution tally since 2013/14. Additionally, his minutes, passes, touches, and shots all decreased from the previous season.

Under Ronald Koeman, Griezmann had a solid 2020/21 campaign that saw his numbers and influence increase all across the board. 15 goals turned into 20, 4 assists turned into 12, 1.07 key passes per game upped to 1.57 (per fbref.com), and 1.99 shot-creating actions per game improved to 3.04. Impressively, he was also the protagonist of Barcelona’s Copa del Rey winning-run.

His much-improved season could be attributed to a less hostile and more expectation-free environment, although a lot of credit goes to Koeman and his implementation of the 3-5-2 system. In its early iterations, the Dutchman paired Messi upfront with Ousmane Dembele, the speedy-winger who acted as a number 9, making runs like a natural striker would.

The experiment worked for a while, keeping Griezmann on the bench for a certain period, but he eventually returned and excelled alongside Messi.

Paired with Messi and with more attacking freedom from wing-backs, Griezmann could influence build-up and send on-going balls down the flanks, utilize his linkup play, and make his own runs off of the Argentine. Although the fit was not always seamless, it still helped lead the team to a trophy, which was the best option they had.

Griezmann’s 2020/21 was a clear step-up from the previous campaign, but it was not perfect. There were still countless occasions and matches when he would struggle to make an impact, or even miss fairly straightforward goal-scoring chances, for example. In all, he reached new heights, albeit still severely lacked consistency.

Now without Lionel Messi, the excuse of “being played out of position” is gone. The Frenchman will be given the free license to impact all facets of the game, controlling all the strings like a puppet master.

Still, there is a valid counter-argument: Griezmann plays his best alongside a more natural number 9, and we are yet to see whether Memphis Depay can fulfil that role. Things are off to a good start on that front, though.

The 2021/22 season is only two games in, and Griezmann’s performances have been as generally expected: inconsistent. Against Real Sociedad, his link-up play was as bright as ever, and he earned a hockey assist.

However, versus Athletic Bilbao at the weekend, he once again looked lost and out of place. Optimistically, more playing time with Depay will only better their chemistry, and the hopeful addition of Ansu Fati as a wide-forward who prefers to cut and play inside should give more balance to the attack.

In desperate need of a talisman, can Griezmann step up and claim the empty throne? Only time will tell, but it is now or never.