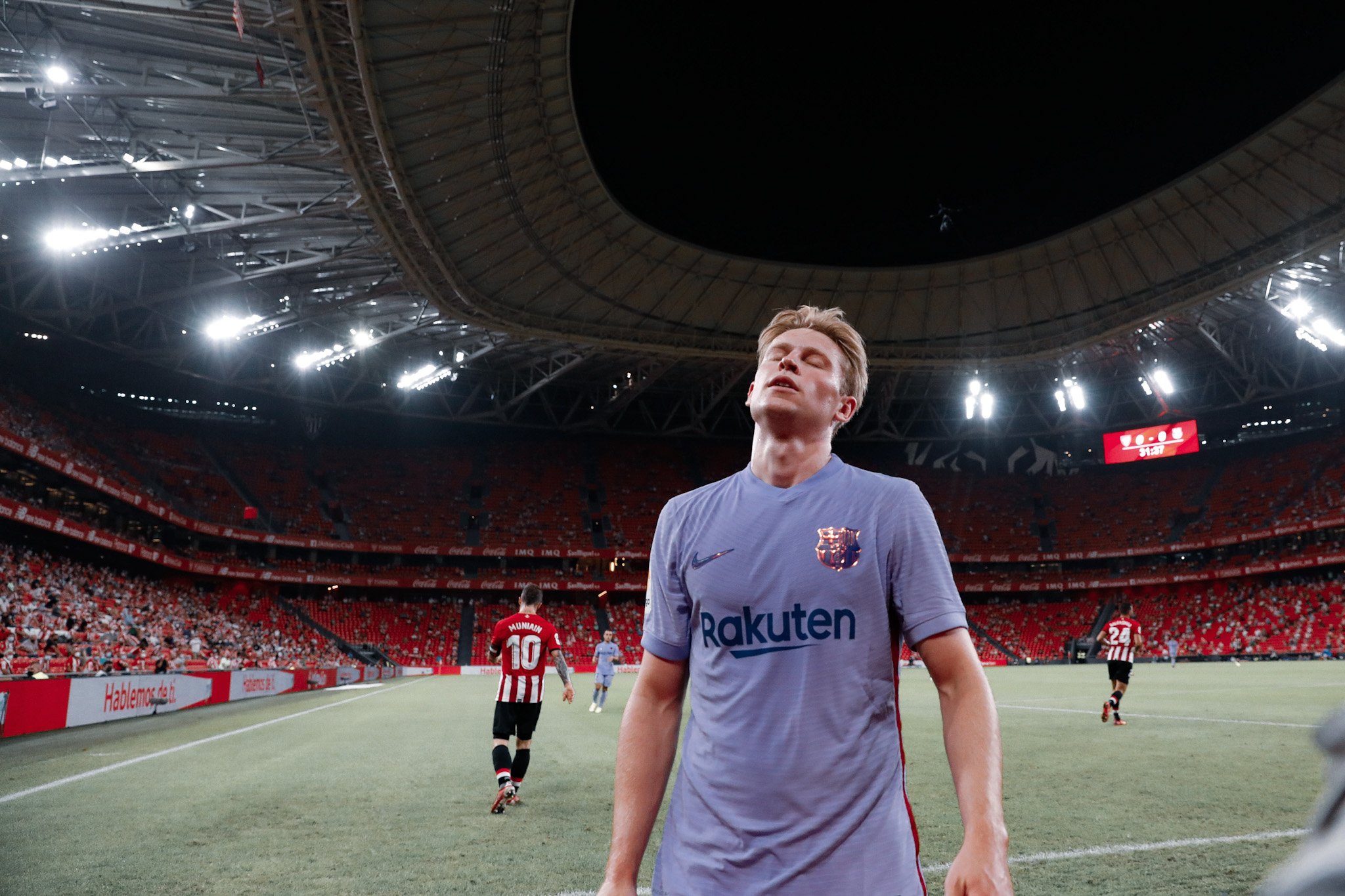 Away at San Mames, Barcelona were always going to endure a tough 90 minutes. They did, and for large parts of the game, one would not be wrong in betting on them to lose.

Athletic Club were superior for significant portions of the match, and given their level of football, the score draw will leave a bitter taste in their fans’ mouths.

1. This is not the time to blame individuals

The immediate impulse following such a performance is to blame individuals one by one, but this would not be productive. After all, the performance from the likes of Pedri Gonzalez, Antoine Griezmann, and Sergio Busquets has nothing to do with their individual quality, but more so that of their tactics.

Barça suffered immensely against Athletic’s press. This then ended up in them making a host of costly, avoidable, and blatantly unnecessary mistakes. Some players are less technically ‘gifted’, or rather adept, than others, but what unites them are the coach’s tactics, and this time they just weren’t there.

When Barça tried to play out the back, the positioning the players had -which Koeman chose- was poor. Their reaction to it, which the Dutchman is meant to train, was equally lacklustre. When the Garnet and Blue are incapable of properly playing out the back, or resisting Athletic’s inevitable pressure, this is the inevitable result.

It is entirely Koeman’s responsibility to limit the team’s weaknesses and accentuate their strengths. He utterly failed to do this and had a ripple effect on the team. The likes of Pedri and his midfield would then end up being very disconnected from play, which meant the attack could not be as proficient as they ideally could be.

This performance indeed was executed by those on the pitch but the chief orchestrator, Ronald Koeman, should be put under the microscope for his management of the game.

2. Araujo, Frenkie and Memphis to the rescue

In moments such as these, when the collective tactics have little cohesion, more often than not it is on a handful of individuals that save the day. This kind of situation is far from ideal, as one should always aspire to have the collective game plan override that of their rivals, but not everything will always be ideal.

Coming on for Gerard Pique following his injury, Ronald Araújo had a tough task ahead of him. The likes of Iñaki Williams paced upfield, Neto was unreliable on the ball, and the team conceded an unreal number of chances. He had a goal-line clearance, a perhaps wrongly canceled goal, and overall, a brilliant cameo performance for Ronald Koeman’s side. Saved his manager’s blushes big-time.

With the sheer disconnect between the defence and attack, Frenkie de Jong had quite the night. He prevented Neto conceding a clear-cut chance from his error, and in the offence his equanimity late on brought much-needed balance to the team as a whole. He maybe should have ended the night with an assist and/or a goal, because his individual performance merited it.

Memphis Depay as an individual is encouraging more and more fans with his performances. Only two games in, and his growing understanding of the team is more and more apparent. There are a few hiccups every once in a while, as chemistry is yet to fully develop, but he has adapted far quicker than many could have expected. His excellent volley on his left foot to save the game covered up a number of mistakes from the team.

Given the nature of football, there will be more and more games where individuals come to the rescue. This time Koeman can be glad that some of his men saved him from what perhaps should have been a thrashing. This shouldn’t be the norm.

3. Reality check: this Barça is far from complete

The immediate reflex after the game against Real Sociedad was perhaps to think that this Barcelona side were on the right track. After all, Real Sociedad are consistently one of Barcelona’s toughest opponents, and outclassing them as much as the Dutch coach did was always going to leave people optimistic for an easy victory away from home.

Facing the second big Basque brother, Barcelona fell into the ultimate lion’s den. At home, with fans present for the first time in eighteen months, fighting for glory and the Basque region as a whole, Athletic were the perfect opponent to show Barcelona that their opener was nothing to conclude on.

Los Leones pressed high, maintained their shape, and forced many errors from Barcelona’s players. Marcelino García is known for his rough physical exercises, and this in turn ensures that his side are one of the fittest in the entire league. Barcelona suffering as much as they did was unwanted, but against such a prepared rival, it was never going to be easy and should have been expected.

There is much more that Ronald Koeman and his staff can learn from this match. There are 36 matches left to play, and it is up to him to figure out the best solutions for his team going forward. His reaction time needs to be better than it was if he wants to keep his job longer than 5 months.