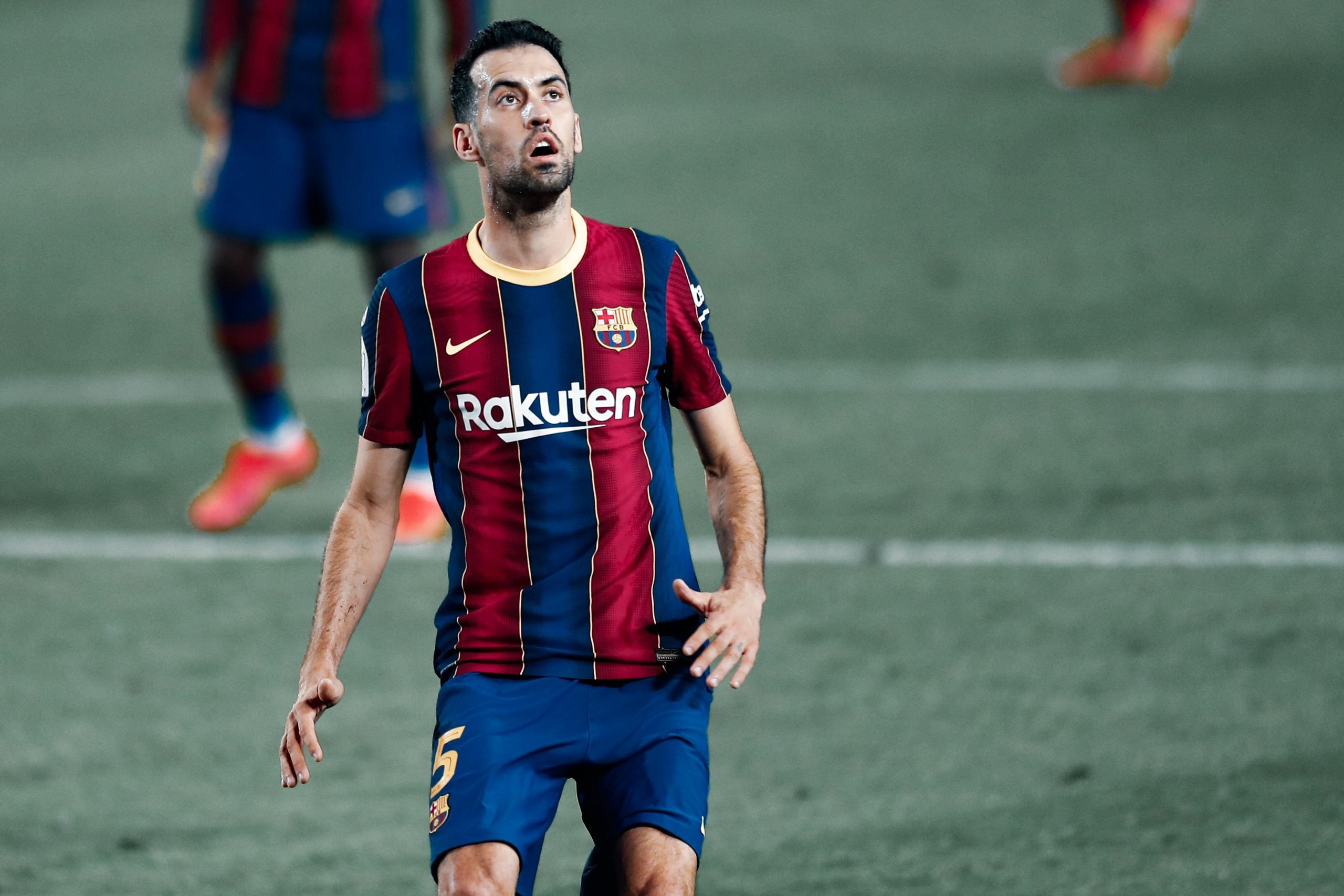 As people provide their labour, they receive wages which they then spend back into the economy. As businesses make more profits, the economy continues to grow. Governments then tax the workers and businesses to provide public services. Banks hold people’s savings and, in return, make investments. Finally, exporting and importing goods through trade can also improve profits. The key to this is the drive for production and consumption to keep the money flowing through the economy.

However, 21st-century economists criticise this model. The MONIAC overlooks many important aspects in the economy, such as society itself. Simply flicking the switch where the computer model is powered stops the electric pump pushing the water around. Without energy, the system halts. Energy is critical to any economy, and it is often overlooked.

Though Barcelona is nothing like an economy or science, in fact, it is closer to an art form, the MONIAC system can represent what Sergio Busquets is to Barça. Often underappreciated, the midfielder is that vital energy source for Barcelona that allows the system to flourish. His constant control over the game, recycling the ball and progressing his team seems so simple yet is so crucial.

Why Sergio Busquets is so important

Sergio Busquets has never been the strongest or most athletic. Many fans outside the club question whether he could ‘last in the premier league’ or that he ‘just passes backwards and sideways’. These doubts are just myths, and strength and physicality – though it can be useful – is not something Barcelona players need.

Busquets’ strengths come from his intelligence and positioning. Combined with the ability to read the game almost flawlessly, precision in his passes and his composure, the Spaniard is tailor-made for the orchestrating role with the Catalans.

His ability to dictate the match with limited running is what makes his game seem so simple. Sergio Busquets knows when to join the play and is always available to create superiorities in the midfield. This is what allows Barcelona to be so dominant in possession. As the 32-year-old can play quick passes and is so press resistant, Busquets makes the opposition do the running.

His anticipation and positioning are also essential to the team. Throughout the game, Barcelona’s attacks break down, and the opposition look to clear it. And many times, the midfielder is there to pick up the loose ball or win it back just as quickly as it was lost. Again this skill can go unnoticed as it seems simple, but it is essential to Barça’s system. It allows the team to keep on the front foot, stops counter-attacks and can quickly spread the play creating spaces for others.

It is not just his defensive duties that benefit the team, Busquets is just as important to the attack. Whether deep inside his own half or high up the pitch, the Spaniard’s passes are reliable and always have a purpose. He can break the opposition’s press, thread a pass through the defence or find that teammate in space; it is no wonder he is nicknamed The Octopus of Badia.

The fixture against Sociedad on the 21st was possibly one of the best team performances Culés have witnessed in years. Barcelona were superior in every area against a talented Real Sociedad team. It is no coincidence then that Barça’s number five was pulling the strings.

Sergio Busquets showed just how intelligent he is during the game. The obvious moment of magic came as he assisted Lionel Messi for his first goal on the night and Barcelona’s fourth. The beautiful pass over the opposition defence fell perfectly into the Argentine’s stride. The weight of the pass and timing of both players is incredibly difficult to get right, however the Blaugrana veterans made it look easy. Route one football Barça style.

It was not just the wonderful assist that was so impressive, but his impact on the first and second goals too. For the first goal, the Spanish giants were having a sustained period of pressure against the home side, though their defence was holding on.

As the attack fizzled out and the ball is passed back to Busquets just inside the Sociedad half, the relentless pressure looks to have taken a breath. It is at this moment the midfield maestro strikes and breaks two lines of defence with one pass. His pass, as it does so often, finds Messi in a dangerous area with space and time. The goal comes as Barcelona’s captain can turn and lay the ball off to the overlapping Jordi Alba, who has a free cross into the box.

The second goal of the evening, and Sergiño Dest’s first in La Liga for the Blaugrana, again came from a pass between the lines from the midfielder. As the home side had 10 men behind the ball, they looked comfortable as Barça passed around the midfield. One glance from Busquets is all it took.

As he received a pass, the Spaniard flicks the ball first time through the Sociedad midfield and finds Messi in the space between the midfield and the backline. It gives the Argentine time to turn, drive at the defence and play Dest clean through on goal. So often in football, it is just about doing simple things well.

These line-breaking passes are common for Sergio Busquets and are so important to the Barcelona system. The team can pass backwards and sideways all game long, but these intelligent and brave passes between the lines are what often leads to goals.

What next for ‘Busi’?

There can be no denying that Sergio Busquets has received some criticism for his performances in recent years. Many thought he was slowing down or had lost his usual sharpness. And search for replacements was inevitable, with David Alaba also coming up as one of the names. However, the La Masia graduate has replied to these criticisms on the pitch.

A big part of this could be to do with Ronald Koeman and the new formation. In particular, the 3-5-2 seems to allow Busquets to thrive. As the full-backs act almost as wingers and there is an extra centre-back, this stops the central midfielder from being dragged out to the wide areas where his lack of pace can be exposed.

Busquets: “The 4-3-3 is a system we have used the most at Barça. But it goes beyond that. It’s the players, the confidence, the level of the players, etc.”

The team are also looking to dominate the ball more, meaning they play through the midfielder. This is where the 32-year-old is at his best with the ball at his feet. Against one of the best possession sides in La Liga this season, Barcelona completed over two and a half times more passes than Real Sociedad and had 69% possession. This is ideal Busquets-ball.

Sergio Busquets is that spark, that injection, that energy that is so important to the system. The slender midfielder is the one that can click Barcelona up a gear or two. His experience and composure is still indispensable to the team. With talented youngsters such as Jandro Orellana and Nico González coming through the academy, who best to teach them than the master himself, Sergio Busquets.