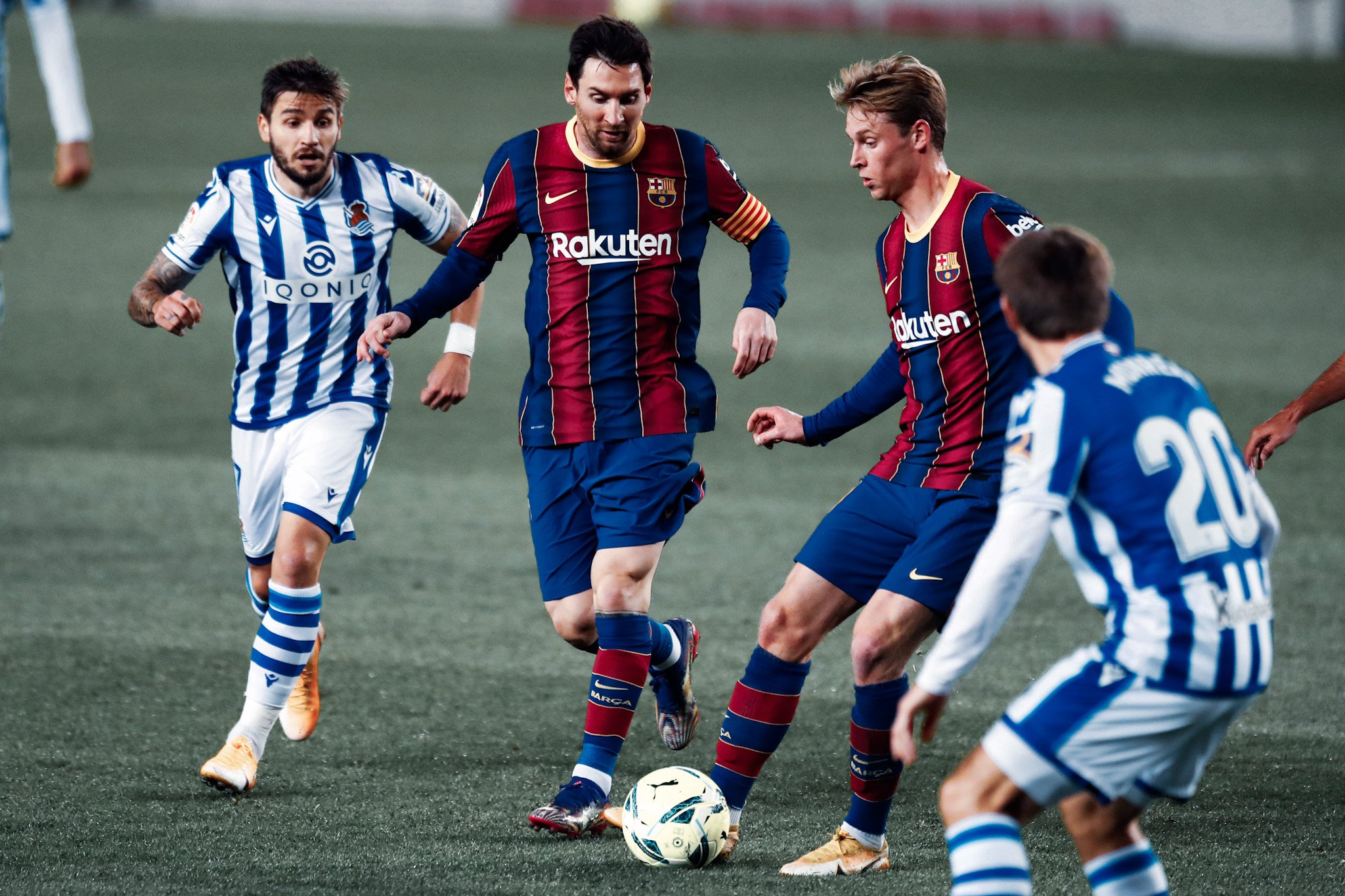 Ronald Koeman’s Barcelona have well and truly turned their fortunes around since the dawn of the new year. The Catalan outfit are starting to look increasingly like a ruthlessly efficient, well-oiled machine. It seems as though they are finally leaving behind the husk of a once mellow, frail and dejected group of players.

Since the beginning of 2021, Barcelona have not lost a single game in La Liga, winning 12 of the 13 that they have played. Due to their remarkable run of form and Atletico Madrid’s rate of picking up points slowly but surely dropping, the race for the La Liga title is hotting up massively. Real Madrid are silently keeping up the pace in third place, just two points behind the Blaugrana.

The elephant in the room, of course, is the upcoming El Clasico on 11th April. A match that will most likely hand a massive edge to the victors in the context of the title race. Naturally, then both sides will have to ensure their best available players step onto the Bernabeu for this crucial encounter.

Things aren’t completely that straightforward for Barcelona, however. Once the international break draws to a close, Barcelona will first host Real Valladolid before their trip to the capital. The dilemma that presents itself concerns two of the Azulgranas’ key players this season — Lionel Messi and Frenkie De Jong.

Both are currently on four yellow cards, just one booking away from a game’s suspension. Ahead of their matchup against Los Blancos Barcelona cannot afford either of the pair to miss out. Messi and De Jong have been in spectacular form, with the former scoring 19 goals for Barça since January of 2021 rolled around.

De Jong has also found remarkable consistency in his new roles under Ronald Koeman. First operating higher up the pitch in midfield and now also as the central defender in Koeman’s back three filling in during Gerard Pique and Ronald Araujo’s absences.

This begs the question of whether or not Messi and De Jong should be risked against Valladolid with the Clasico looming ahead. Naturally, Barcelona will look to maintain their winning run and more importantly, they cannot afford to drop points either because, albeit slimmer, Diego Simeone’s men still hold an advantage at the top of the table.

Considering the impact of the international break, Lionel Messi will be in ideal physical shape to feature. Since the CONMEBOL World Cup qualifiers were suspended, the Argentine maestro was left with plenty of time to rest. Having a fully fit Lionel Messi is always a massive boost to Barcelona. In recent years they have shown a worrying amount of reliance on the superstar to bail them out of tight situations.

However, the big benefit of this new-look Barça side seems to be their cohesion as a unit without relying on a single player to make things happen. This, of course, means that resting him is feasible.

When it comes to Frenkie De Jong, however, things are more complicated. If he is to reassume his role in defence or even in midfield, for that matter, the odds of him being booked are much higher than those of Messi receiving another yellow. The risk factor is higher. Additionally, the Dutchman has played four games in the space of nine days after his outing vs Gibraltar, featuring in all three of the Netherlands’ World Cup qualifiers during the International Break. This then brings the issue of fatigue into play, which is another hazardous prospect that is best avoided.

To sum up, Barcelona have more than enough quality and determination to get the better of Valladolid without having to endanger Messi and De Jong’s El Clasico prospects. It would be ideal if both of them are rested.

If one of them has to play, Ronald Koeman can always bring Messi off the bench if he were to need some inspiration. De Jong being entirely rested, though, would be the most viable option given all of Barcelona’s other in-form midfield options. He could benefit from the rest, and Koeman will not need to fret about the Dutchman for the clash against the Galacticos.