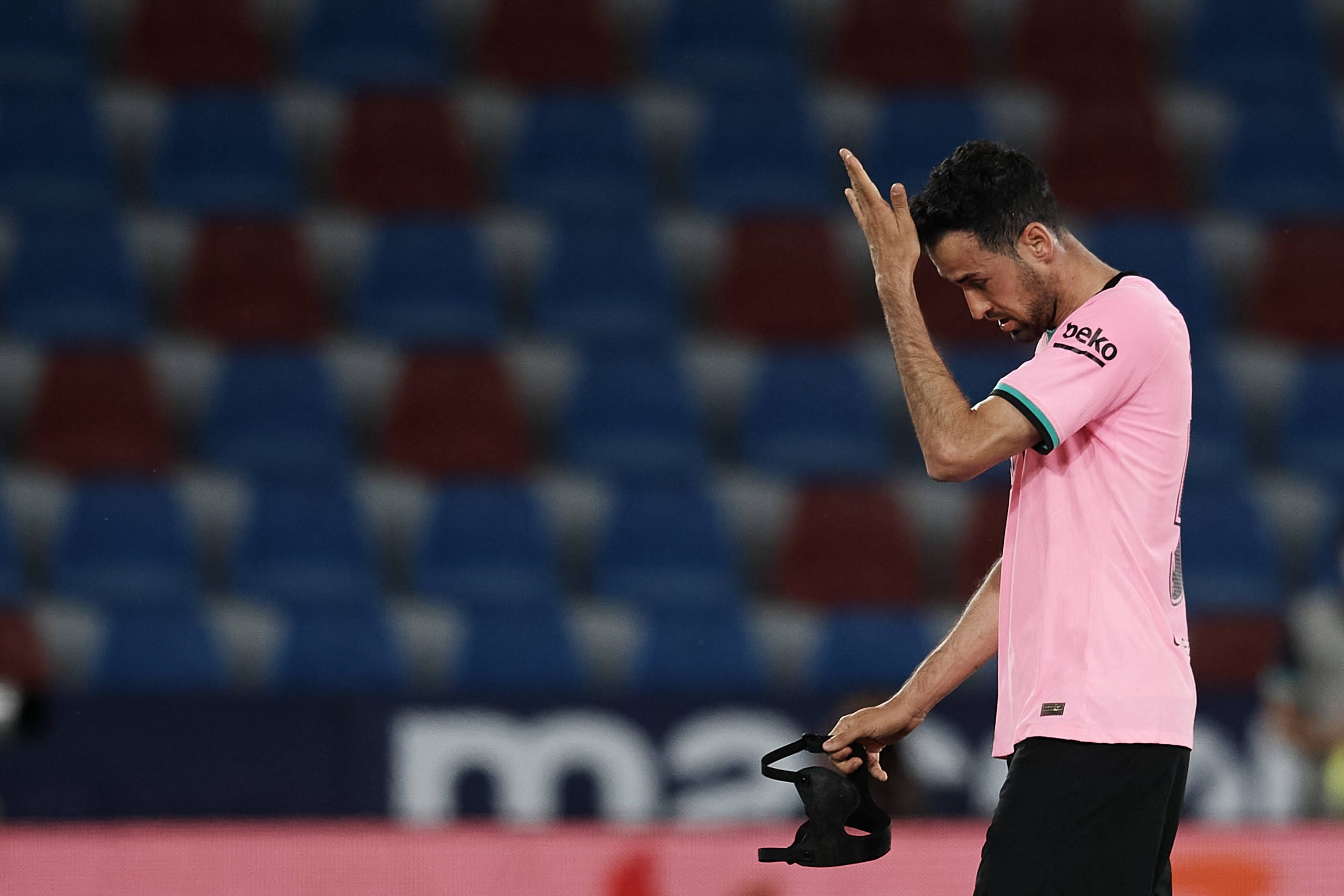 Barcelona under Ronald Koeman just seem allergic to moving to the top of the La Liga table. Another golden opportunity presented itself to the Catalans to move provisionally into first place, in order to keep pressure on their rivals Real Madrid and Atletico Madrid.

But as has been the case numerous times this season, Barcelona failed to deliver the goods after a dreadful second-half defensive display against Levante ended in a 3-3 stalemate. Throwing away a two-goal lead, then reclaiming the advantage before conceding another late equaliser, the Catalans squandered yet another golden chance to make headway up the league standings.

Questionable substitutions from Ronald Koeman along with horrid lapses in concentration at the back, led to goals from Lionel Messi, Pedri and Ousmane Dembele all being cancelled out by Levante’s Gonzalo Merelo, Jose Luis Morales and Sergio Leon. The La Liga title race is realistically done and dusted for the Blaugrana.

Sergio Busquets, who spoke in the post-match press conference, seemed bitterly disappointed with the result, and rightfully so. Here are the midfielders thoughts on the game.

On the result: “We started the game well, but at the end of the day, this is what we didn’t wish for.”

On the performance: “We leave with bad feelings. We could have scored more goals but the usual thing has happened, they have scored very easy goals.”

On the defensive lapses: “Similar to earlier games, our opponents score easy goals against us. Levante took advantage of our mistakes, and it cost us the goals.”

On the title race: “Of course, our chances to win the title is small in the few games remaining. In general, we conceded a lot of easy goals. We got to a position in which we thought that we were doing well, but... The league is practically over for us now. We have paid for our mistakes.”