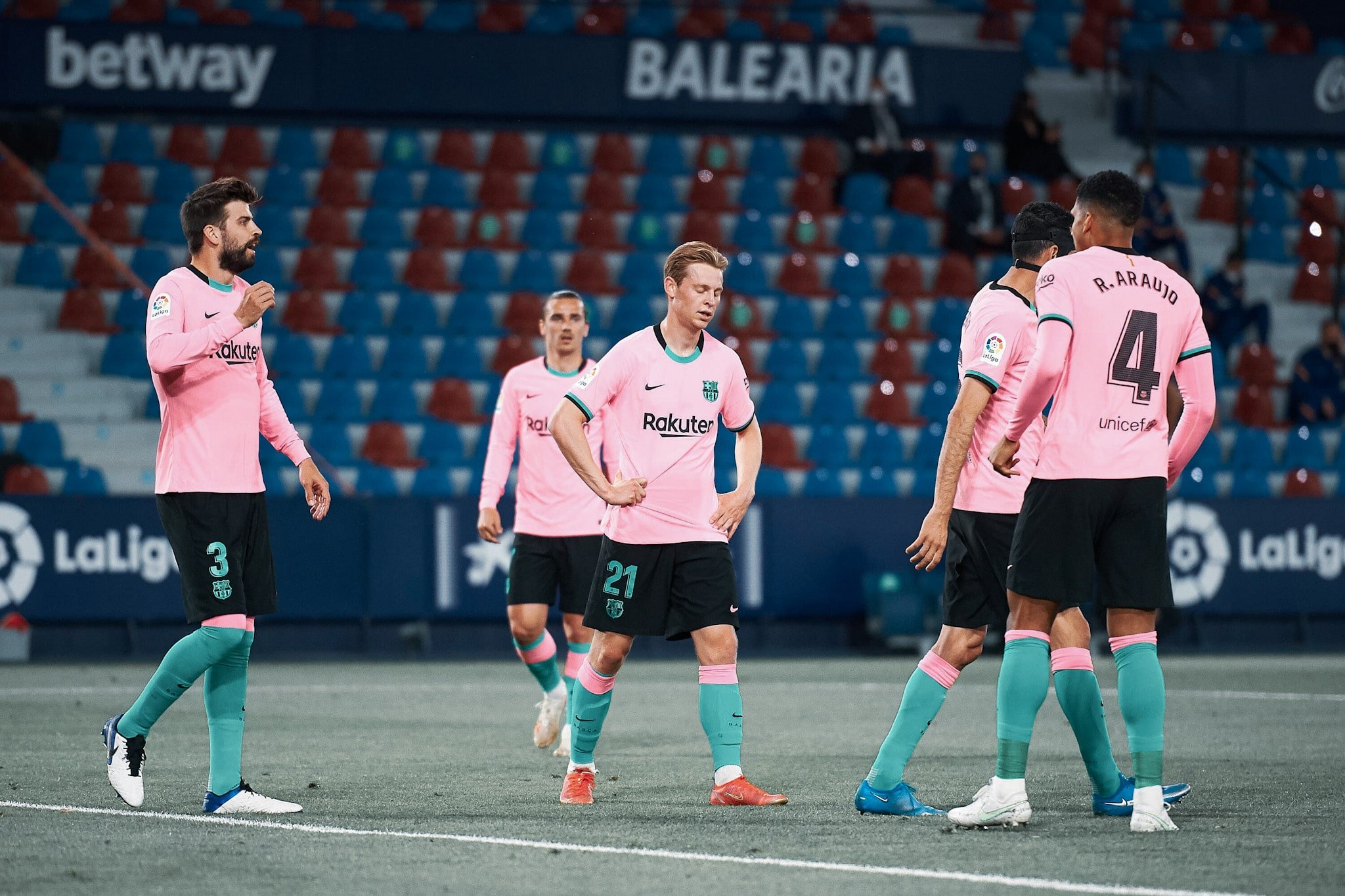 After a soulless game at Camp Nou on Saturday, Barcelona went to Valencia to play Levante. The visitors scared themselves and eventually drew the game. Sergi Roberto came on for an injured Ronald Araujo in the second half to have a horrid half and nearly cost his side the win.

Dembélé thought he scored the winner after registering an assist earlier to put his side in the driving seat for the La Liga title. In the end, Barcelona drew because of individual mistakes once again.

Levante proposed nothing in the first half but capitalised on Roberto’s weaknesses when he came on. The three goals were easily avoidable. Gonzalo Melero scored a header after some suspicious defending from the visitors on the left. José Luis Morales scored a superb volley, and Sergio León scored a near-post finish to draw in the dying minutes.

For Barça, they attacked a lot more but missed many chances. Frenkie de Jong, Pedri and Lionel Messi all missed clear opportunities even if the latter two scored. Dembélé scored a beautiful goal to cap off an outstanding performance at right-wing back from him.

In the end, it is the final straw. Barcelona cannot, in any way, concede two goals in quick succession as they did today. Moreover, they cannot recognise a late equaliser like the one Levante scored tonight.

Individual mistakes by the veterans (Gerard Piqué, Sergi Roberto, Marc-André Ter Stegen) meant the team in pink lost two points in a heated title race. The second half display was genuinely embarrassing, and the Catalans can kiss La Liga goodbye.