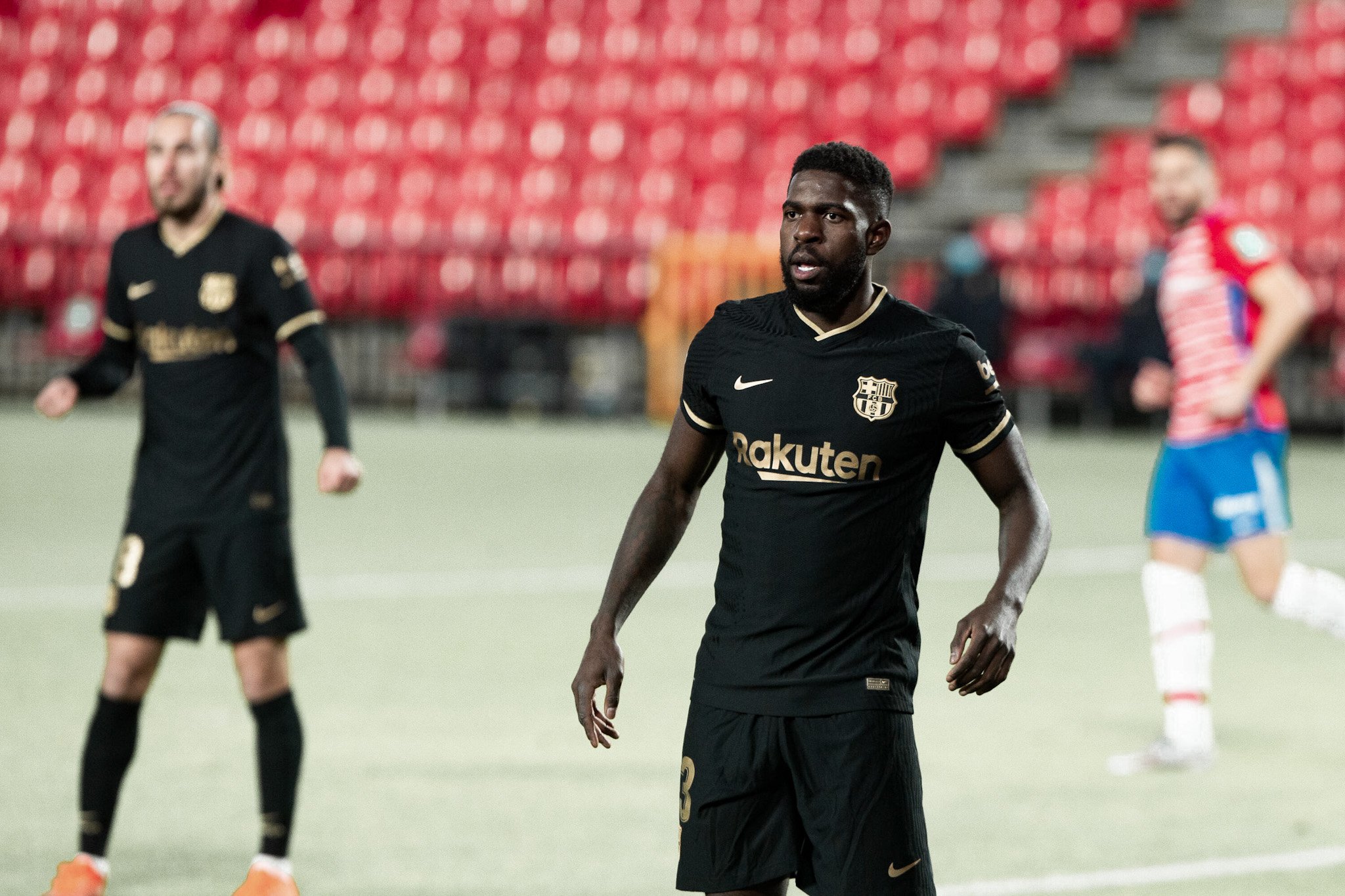 Barcelona won 4-0 at Estadio Los Carmenes on Saturday against Granada. Antoine Griezmann scored twice and assisted once while Oscar Mingueza registered a clean sheet. The two spoke in the post-game press conference (via Barça TV+), praising their team-mate Samuel Umtiti who was an absolute warrior in the defense.

Mingueza’s surprise partner in crime was Samuel Umtiti. Replacing Ronald Araujo who got injured right before the game, the injury-prone centre-back had a sound performance at the back and received praise from his two teammates.

“Umtiti wasn’t prepared to play, they told him to start right before the game, but he did well and had a great game,“ said Antoine Griezmann, his French compatriot. With 1 tackle, 2 interceptions, 2 clearances, and 2 blocked shots, Umtiti indeed did well. More interestingly, he had a %97.4 passing accuracy – the highest on the pitch.

Oscar Mingueza, his partner in the back, also praised the 27-year-old: “I’m happy for Umtiti. He trains well, and deserves to play. Our pairing was good, he had a great game.”

Let’s be honest: Umtiti had lost his starting spot a long time ago. However, after his performance against Granada, we would not be surprised if Ronald Koeman would count on the player even if both of his starting centre-backs are fit.

Barcelona are getting closer and closer to Real Madrid. More important than the score table, its the fact that the Catalans are putting brilliant performances lately. Three away wins in a row and the confidence is flowing at Camp Nou. They now have to keep working to keep the heat on both Madrid sides and beat Paris Saint-Germain in the Champions League.