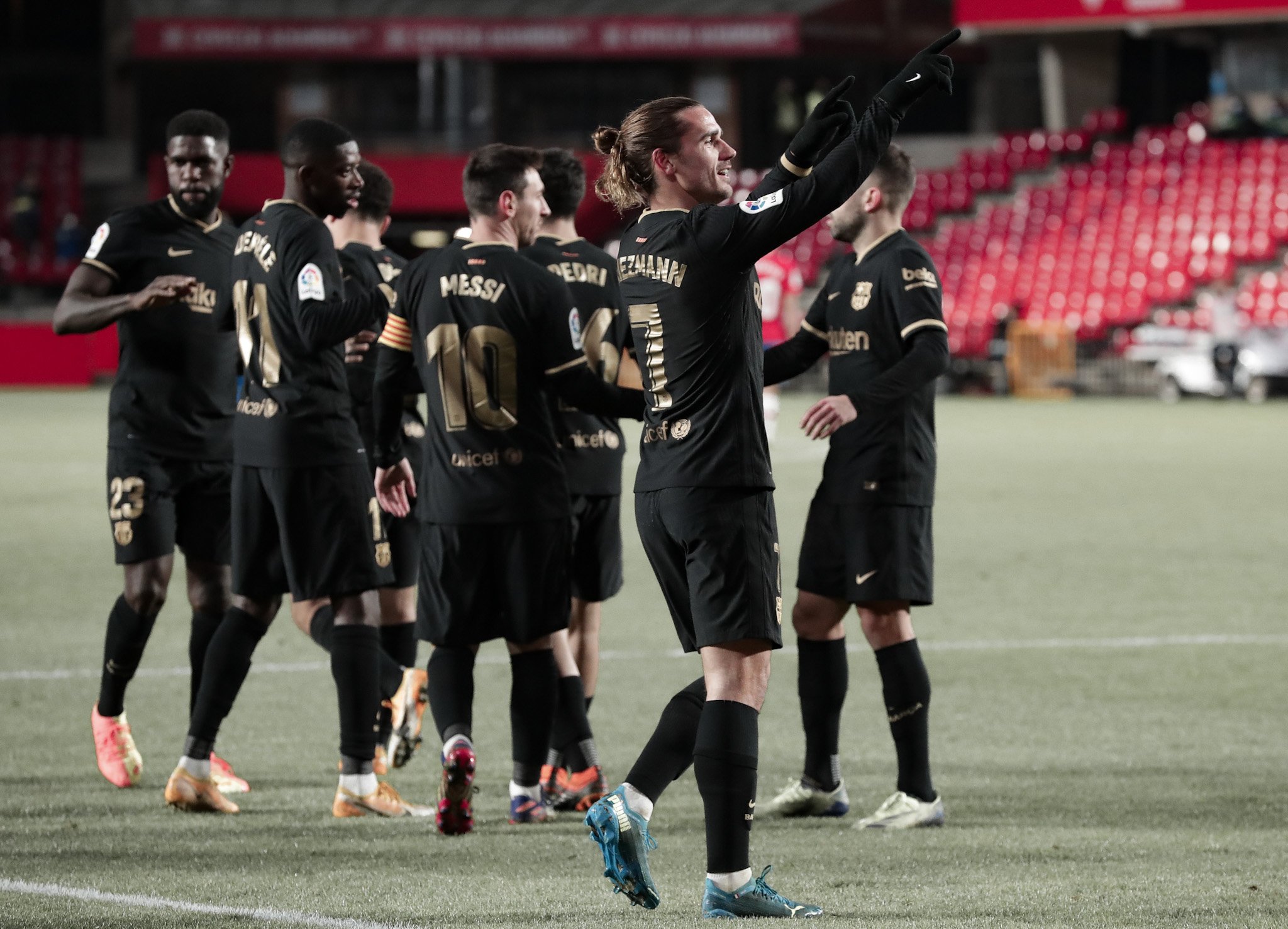 As Barça endured some bad luck with Ronald Araujo getting injured before they got the ball rolling away at Estadio Los Carmenes, they also had some good fortune after kick-off.

Frenkie de Jong had a near-perfect game, but his night could have been different as he made a mistake early. The Dutchman’s slow pass came into Antonio Puertas’ path, but Marc-André Ter Stegen’s save proved to be too good for the Spaniard.

Barça started slowly, but then breathed as lightning struck on Roberto Soldado’s head. The former Valencia striker deflected a pass from Sergio Busquets and Antoine Griezmann, in an offside position, put the ball in the back of the net calmly. Then, what was bound to happen, happened. After an overlooked handball from Sergio Busquets, Antoine Griezmann found Lionel Messi in acres of space. The Barcelona captain scored from a trademark finish and doubled the lead for his side. Culés felt like the 2018 Messi was back as he scored a superb free-kick before half-time.

Again, Ronald Koeman made significant tactical decisions. Barça needed a lot of luck to be in front against a decent Granada side. However, when Barcelona play like this, and Messi is in this mood, no one can beat the mighty Blaugranas.

Granada got the second half underway with three new players, but they did not look like getting anything from the game. Barça kept their foot on the gas pedal and annihilated the new-look Granada side.

The visitors kept the ball in the Granada zone for the whole half. Ultimately, Barça got what they deserved with a luminous Ousmane Dembélé chip ending in Griezmann’s feet. From a difficult angle, the Frenchman scored and capped off a complete performance. Dembélé did not have his best Blaugrana game, but he did well to get an assist, and Riqui Puig replaced him. The young Spaniard got Jesús Vallejo sent off after a great pass towards Martin Braithwaite.

Koeman got everything right in Andalusia. His lineup and his substitution were all spot-on, and his side played some liquid football. They deserved everything they got, and can now wait for Real Madrid’s game at El Sadar.