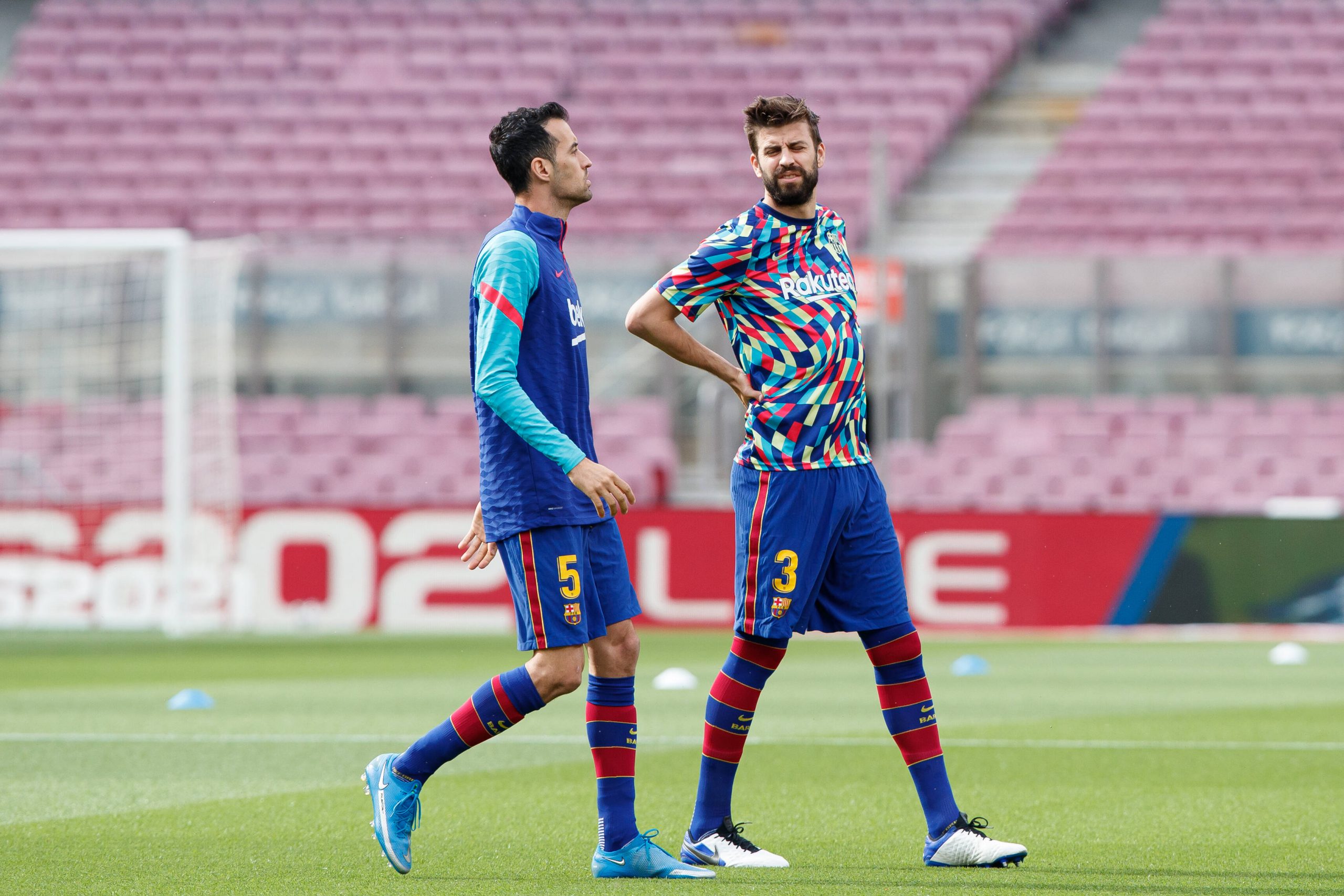 As the transfer window edges closer and the 2020-21 season nears its end, Barcelona have some serious thinking to do. The futures of many players in the squad hang in the balance as the club attempts to fix its shattered finances and attempts to rebuild in order to compete for next season.

In today’s edition of Mundo Deportivo, reports of a meeting between the Barcelona board and and some of the dressing room heavyweights have surfaced. The club is looking for either a sale or a salary reduction in order to decrease their economic load.

The players in question are Sergi Roberto, Antoine Griezmann, Gerard Pique and Sergio Busquets. All big names who the club want to evaluate based on their recent performances. While Griezmann and Busquets have enjoyed largely successful campaigns, the same cannot be said for Pique and Roberto.

Both Spanish defenders have had a season marred by injuries. Roberto is currently sidelined again due to a relapse of his thigh problem, and has struggled for form. Pique also had a lengthy injury spell, but showed fantastic signs after return, but of late he has also been shaky and error-prone.

With plenty of sales reportedly lined up as Barcelona prepare for a complete revamp in the summer, these four names have now potentially gone from untouchable to expendable.

As Lionel Messi’s renewal also hangs in the balance, the Catalans have a lot of thinking to do regarding sales and salary reductions. And there is also plenty of speculation regarding the arrivals of players to reinforce the team for next season, which could mean saying goodbye to some familiar faces.