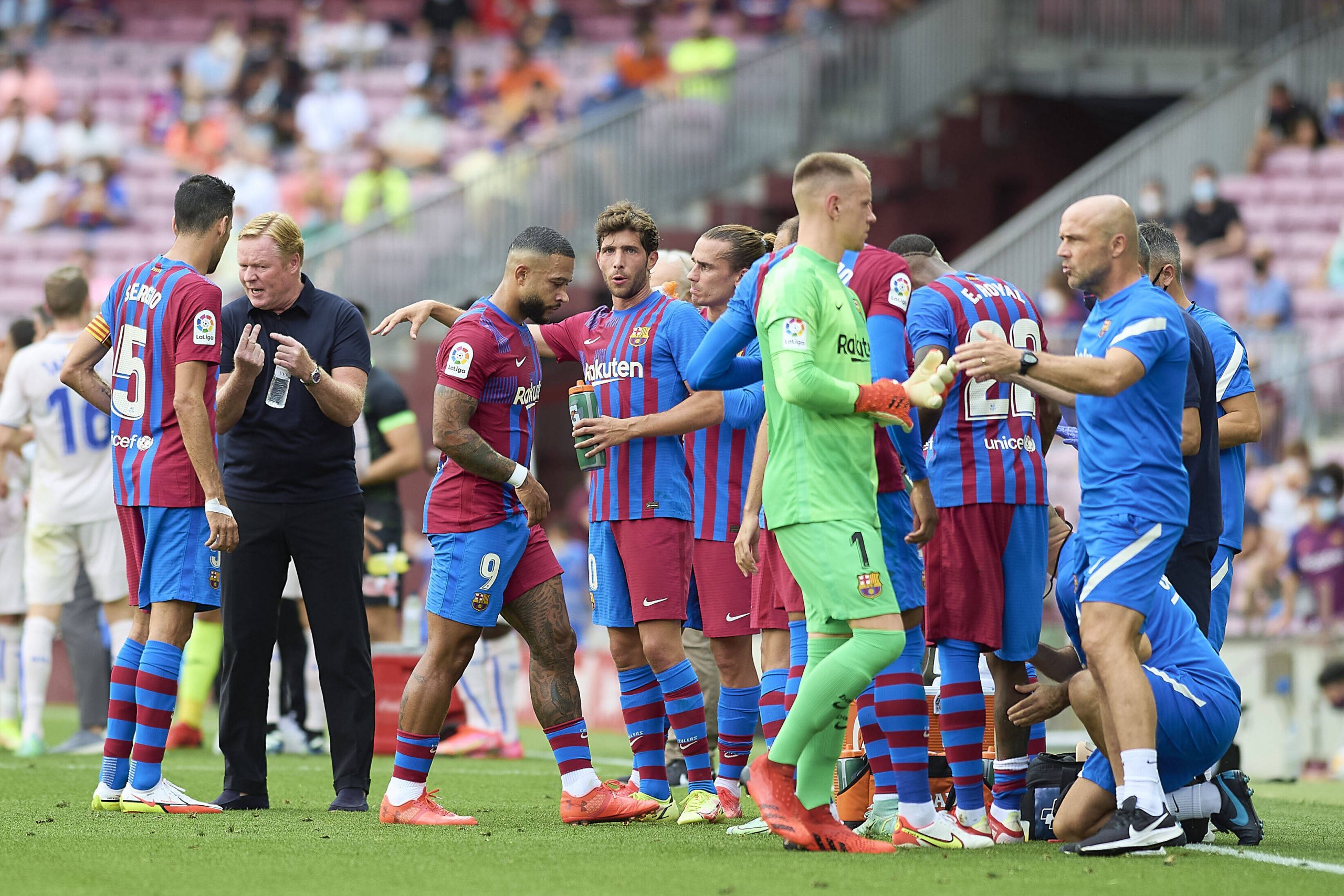 Barcelona emerged victorious at the Camp Nou to take their points tally to seven after the opening three games in the league. The three points came as the result of a hard-fought victory over Getafe, with Memphis Depay’s solo finish being the difference on the night. Several Blaugrana players spoke following the win, and Barca Universal brings you the excerpts.

The third captain, Sergi Roberto, was the first to speak to the media. The La Masia graduate scored the opening goal on the night. He spoke about the expectations coming into the match and the performance.

“We were coming from a draw, so we had to win this match for sure. We were able to get the 3 points in the end. Things are very evenly matched. The team is happy.”

The Spaniard also commented on Barcelona youngsters Nico and Gavi, He said, “I’m really happy for Gavi and Nico. They both have great potential and I’m happy to have them in the first team.”

Marc-Andre ter Stegen made his comeback after surgery on the night. The returning German goalkeeper commented on his performance, saying, “In general, I think we played well.”

The shot-stopper then spoke about the return of fans and said, “It’s the energy. It’s the spirit. Playing with fans in the stadium is very different.”

Young Gavi made his debut in the 75th minute when Sergi Roberto had to be taken off injured. The young talent could not hide his happiness when asked to talk to the media.

“I am the happiest kid in the world.”

Memphis Depay too, spoke to the press on the night. The Dutch forward has been on fire since the start of the league, scoring two decisive goals in two games. He spoke about his first goal at Camp Nou and how it was a dream come true.

“I have been dreaming of this moment for a long time, scoring in front of the Camp Nou crowd.”

He then reassured fans that the team would always play for nothing less than all three points. Depay said, “Get used to this. We are Barça. We always have to get the 3 points.”