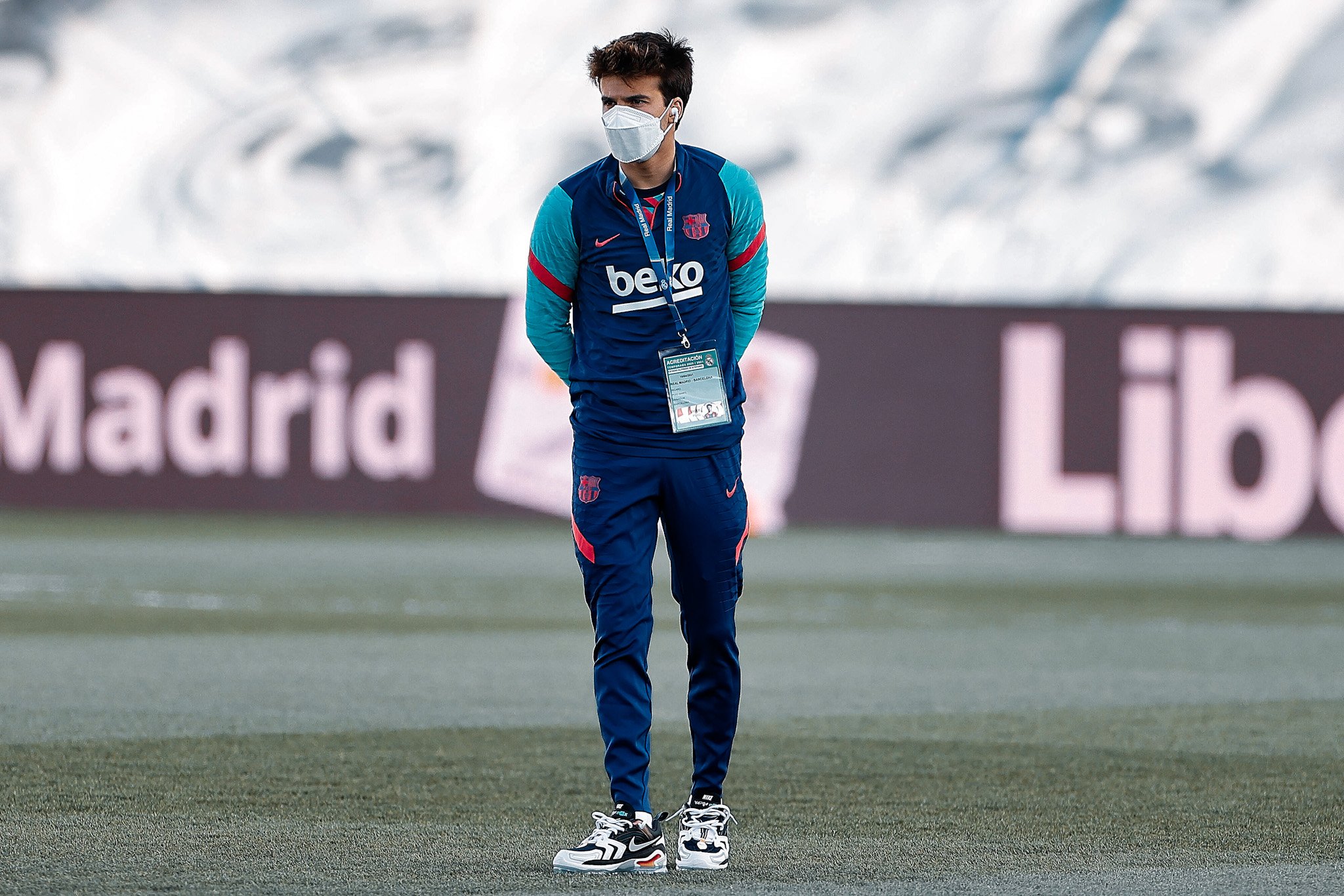 Photo by Ruben Albarran via Imago

Barcelona have been blessed with some of the best midfielders in the history of the sport. In particular, Andres Iniesta and Xavi brought the Spanish side to the pinnacle of modern football. Their quality and dominance for so many years would see them win many individual and team awards and eventually leave the Camp Nou as legends.

With their departures, the inevitable question began to circulate, “who would replace Xavi and Iniesta in midfield?”. The club tried many times in the transfer market and Culés also speculated if they had finally found the heirs to the throne. Players like Philippe Coutinho, Andre Gomes, Miralem Pjanić, Arthur, Arturo Vidal and Paulinho were all signed. However, none have managed to truly establish themselves as suitable replacements.

In the 2020/21 season, Barcelona seem to have had the fortune, or misfortune, of many talented midfielders. Ronald Koeman clearly has his favourites and has found a settled midfield. Frenkie de Jong is one of the key men for the Blaugrana this season and rarely misses any minutes. Sergio Busquets has rediscovered his form and is essential to the team. Finally, Pedri has been spectacular and at just 18 years old is already one of the first names on the team sheet. With these three midfielders in such imperious form, others have had limited chances — such as the La Masia prospect Riqui Puig.

At the beginning of the campaign, Ronald Koeman inherited a Barcelona side that was in a desperate state. When the Dutchman took over one of his first challenges was to assemble a competitive squad. This meant replacing some of the senior veterans and trusting the youth players.

After the media had leaked this story there was a backlash from Culés as they believed the development of the two Spaniards was crucial. Riqui Puig had impressed under the previous manager Quique Setién and was one of the most promising academy players at the club. Furthermore, with Aleña being 22 years old, now 23, it felt like a now or never moment for him to succeed at Barça. Once the backlash from the leak had died down it was rumoured that Puig had leaked the story with Koeman confronting him about this.

Koeman has never been known as the most forgiving or easy-going manager. This breakdown in trust has resulted in the stagnating of Puig’s career this season. Barcelona’s number 12 has been used sparsely and rarely had a chance to impress. However, the midfielder has been determined to stay and fight for a place in the side

Is there space for Puig?

Barcelona have shown how resilient they are. After years of mismanagement and poor squad planning, they have almost managed to turn things around in one season. The squad is blessed with talents and there are many more coming through the ranks of La Masia. Combine this with a coach and a board that trusts these youth players, the Catalans could comfortably return to their best.

However, Riqui Puig is not one of these young players that the manager has shown faith in. So far this season, the 21-year-old has only played 477 minutes for Barça in all competitions. In contrast, Pedri has played 2974 minutes and Frenkie de Jong has played a staggering 3768 minutes for the Blaugrana.

Luis de la Fuente (Spain U21 Manager): “Regardless of the minutes he gets at Barça, Riqui Puig gives us a lot of freshness and liveliness. He can change the rhythm of a game. It is one of the reasons why we included him. Besides that, he has a very great future and progression.” pic.twitter.com/UZKWUdIfX6

Though Koeman has mentioned that he has found a settled midfield, the Dutchman should be aware of overusing his starting eleven. De Jong discussed this when on international duty with the Netherlands.

I played Sunday night away against Real Sociedad and arrived in Barcelona at 03:15, at 13:00 I had to be in Holland, I did not sleep. The next day I had to fly to Turkey. I do feel pretty fit but all this travelling.. the lack of rest.. I do start to notice it.”

The man in demand is clearly feeling the effects of a long season with club and country. The same needs to be considered with Pedri. At just 18 years old, his body is not physically able to cope with such a demand of intense fixtures. There have been times throughout the season where both players have looked tired and struggled to play at their highest standards.

This was evident against Real Madrid. In possibly the most crucial game of the season, Barcelona’s midfield struggled to make an impact on the game. There was a lack of creativity and Real Madrid found it too easy to bypass the Barça midfield in the first half. Though the trio in midfield deserved to start, more consideration in the build-up to the match should have been taken. Having a settled starting eleven is great, but it is the full squad that wins trophies.

There is plenty of room for Pedri, Moriba and Puig to all develop successfully at the Catalan side. The game time should be managed more appropriately to give each chances to develop and enough time to rest. This would allow the best version of each to be shown as they would not have to battle fatigue and get enough consistent minutes to develop.

The development of these three midfield talents is more important than signing another midfielder in the summer transfer window. Time and time again, La Masia has shown its worth more than expensive signings. You do not realise what you have until it is gone is something to keep in mind.

What does the future hold for Puig?

On the one hand, the La Masia graduate must think about his development as a player. For the Spaniard to reach his potential, he must play regularly. He has found himself close to breaking into the first team at Barcelona but has not taken that final step. Another season sitting on the bench would be disastrous for the youngster’s progression. It is probably why Aleña felt he had to go on loan again.

Laporta trusts Riqui Puig a lot, and believes that he’s a huge part of the club’s future.

However, Puig might earn the manager’s trust over time. Undoubtedly, the midfielder has the right attitude and skill set to be a first team player. It should not be a case of Puig or Pedri, or Puig or Ilaix Moriba, but a case of how Barcelona can nurture all three. Not to mention that having competition for places in a team is only positive. It keeps players motivated to perform at their best, and allows them to rest without impacting the team too much.