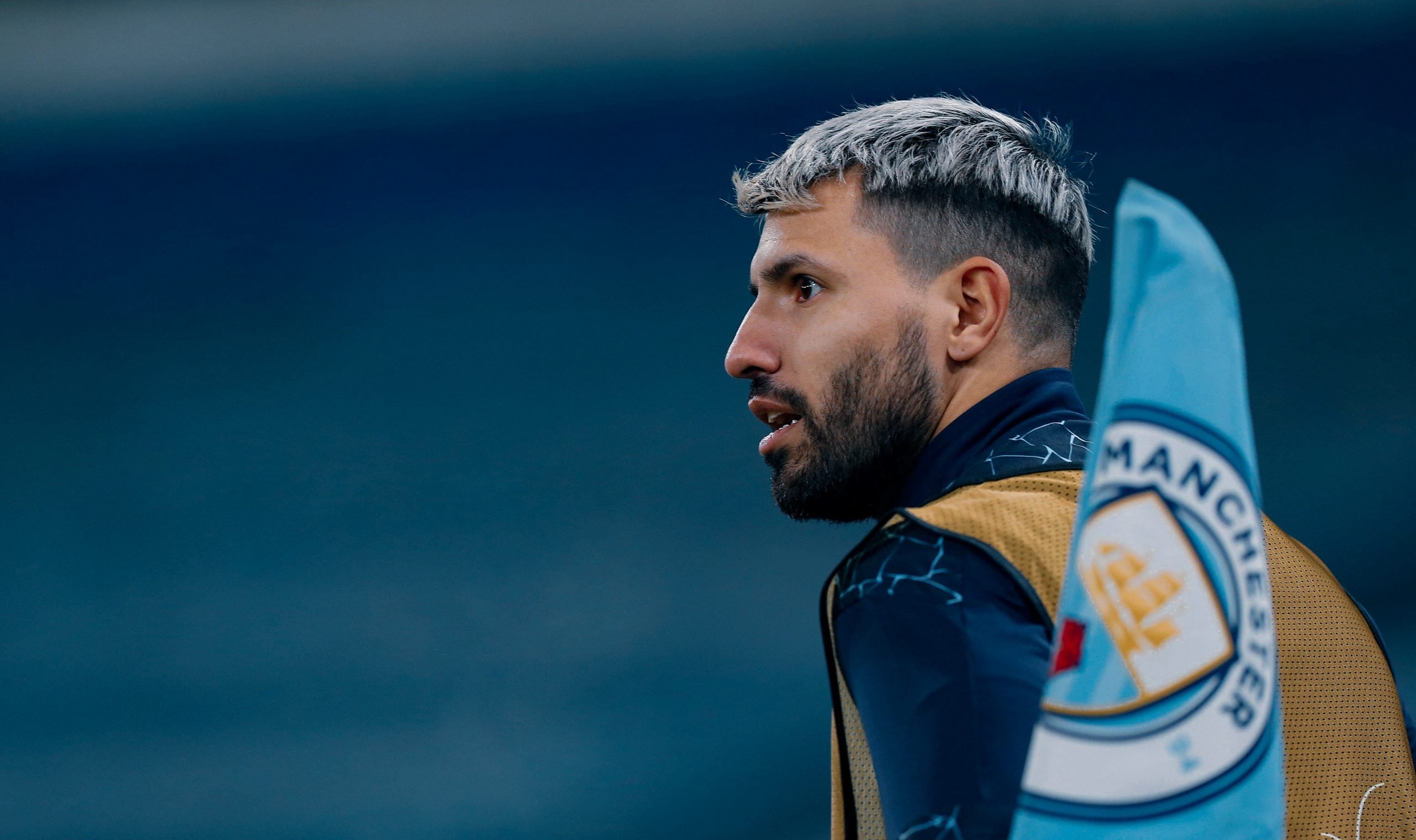 The sound of the ball rattling the net, the roar of the stadium and Martin Tyler’s infamous “Aguerooooo.”

It was a moment no football fan will forget, especially those who are fans of either of the Manchester clubs. For the Citizens, Sergio Aguero became an icon with that moment and anything he did for the club beyond this would be a bonus, as that goal had already confirmed the Argentine’s status as a club legend.

On Monday, after months of speculation, the Manchester club and Aguero officially announced that the clubs record top scorer would be leaving the club ten years after signing from Atlético Madrid. He will be available as a free agent this summer, and one of his reported suitors, amongst others, are FC Barcelona.

The last three seasons have had a lot of ups and downs for the City legend, and it has ultimately concluded with former Barcelona manager Pep Guardiola feeling that the club had to move on from the striker.

Signing Aguero at present is a risk, but if Ronald Koeman can get the best out of the record-breaking striker, the rewards will certainly outweigh any that arise.

With that being said, here are the pros and cons of Barcelona signing Manchester City legend Sergio Aguero.

At 34 years old, Sergio Aguero would arrive at Barcelona with a wealth of experience under his belt. The Argentine has played at the highest level of the game for many years and has scored goals on the biggest of stages. The striker’s history in La Liga is a big bonus for Barça, as it reduces the settling in period for a player who will need to hit the ground running.

At present, Barça’s team consists of a nice balance between experienced and youth players and next season will be no different, as players such as Alex Callado, Alejandro Balde, and Ilaix Moriba are expected to be promoted to the first-team squad. Eric Garcia will also follow Aguero from Manchester City to add to the team’s youth and therefore bringing inexperienced players such as the Argentine provides Ronald Koeman with the perfect balance.

If Aguero joins the Catalan side, it is most likely that he will not play every week. Therefore the Argentine’s knowledge off the field and presence on the training ground becomes more valuable to Koeman and the younger players.

From clutch last-minute strikes to rockets from outside of the box, Sergio Aguero has it all in his locker when it comes to scoring a goal.

Over the last ten years, the Argentine has cemented his place as Manchester City’s all-time top goalscorer, an accolade that will see him rewarded with a statue outside of the Etihad Stadium.

In 384 games for the Citizens, Aguero has scored 257 goals in all competitions. During his time in Manchester, City’s number ten has shown a combination of both calmness and ruthlessness in front of goal and combined his scoring abilities with solid hold up play and short passing. Qualities that will be welcomed at Barcelona.

Ronald Koeman is in desperate need of an out and out number nine, who can take some of the pressure off Lionel Messi when it comes to goal scoring. And who better than one of the best strikers of the previous decade. Antoine Griezmann is the Catalan sides next best goal scorer with 14 goals in all competitions, averaging a goal every 216 minutes, which is not good enough for a club of Barça’s size.

Successful sides need a multitude of scorers outside of their main man, and It is well known by now that Barcelona’s president Joan Laporta wants Erling Haaland to lead the line throughout his reign. This plan will most likely need to wait until next season, and in the meantime, the free transfer of Sergio Aguero provides a good solution to plugging this goal scoring gap the Blaugrana side are currently enduring.

Sergio Aguero has had a very close relationship with Barcelona captain and fellow Argentine Lionel Messi for many years. In fact, reports claim that he prioritises sharing the field with Messi on a club-level more than anything else.

The pair were part of Argentina’s 2008 Olympic winning squad, as well as the 2005 U20 World Cup-winning team in the early parts of their careers. The friends have roomed together with the senior team ever since, and Aguero has said that after all these years, the pair are like an ‘old married couple’.

This would be another benefit of bringing the Argentine striker to Barcelona, as it could play a role in Messi staying.

If Joan Laporta could get the deal done before the end of the season and confirm it before the Barça legend makes his final decision, it would be another factor that would have to be considered by Barcelona’s record goalscorer.

If Messi ends up staying, having Aguero around would also be a plus. The pair have played together for many years, and they know each other’s games inside out. A happy Messi is a dangerous Messi, and if Cúles see the results of this signing play out positively on the pitch, they will undoubtedly welcome Aguero with open arms.

Once players begin to enter their thirties in football, they will fall into one of two categories, the ones that show their age and the ones that do not. Sergio Aguero, over the last few years, has begun to drift into the former category, and it is the main reason why Pep Guardiola has excluded the Argentine striker from his future plans.

Although Aguero is still lethal in front of goal, the striker has slowed down noticeable over the last two years and is not as reliable or sharp as he once was. Apart from this season, the Argentine’s numbers do not show it, but stats do not always tell the full story, and this is the case with Manchester City’s number ten.

After letting Luis Suarez, a player who has proven to offer more than Aguero over the last year, go as a result of his age, it does not make any sense to go after a player in the same age bracket to fill a position that will be crucial to Barcelona’s future success. Instead of filling the role with a 34-year-old, it would be better for Barca long term to let Ansu Fati or a youth player take up the role in preparation to be a back up to Erling Haaland next season.

Father time is undefeated, and if Barcelona fans think they are getting a lethal 30 goals a season striker, they would have been mistaken as Aguero has not been that for some time now.

One of the reasons that Sergio Aguero has slowed down is the striker’s noticeable injury record.

Since the start of the 17/18 season, Aguero has picked up ten separate injuries and has missed a total of 62 matches because of the same. This is a worrying stat for Barcelona, as they cannot afford to have their main striker injured with very limited backups available next season.

As mentioned in the last point, Sergio Aguero will be 34 next season, and that fact is undoubtedly a major contributor to the striker’s woeful injury record.

This is a problem that will most likely continue next season due to concerns over the Argentines knee. In Barcelona’s current situation with regards to the nine position, and financially, it does not look like a risk worth taking.

Sergio Aguero will arrive at Barcelona as a free transfer but that does not necessarily mean the striker will come cheap.

Aguero is Manchester City’s third-highest earner with a wage of £230,135 per week. The Argentine will certainly take a pay cut to join Barca, but it is hard to see that number being cut below the £150,000 mark, which is still a lot for the Catalan side to be dishing out in their current financial situation for a short term fix.

There are also bonuses to consider, such as a signing fee and goal bonuses. In total, the transfer could reach up to €10 million minimum and although this does not seem a lot, the money could be put to better use, such as a new contract for future star Álex Collado.

The signing of Sergio Aguero is a tricky one. A world-class talent who wants to join Barcelona and is available for free. On paper, it seems too good to be true. As the saying goes, if it is too good to be true, it probably is, and this is certainly the case with the Manchester City striker. The future of Barcelona needs to be built with young, exciting talent. Aguero’s age combined with his recent injury record does not leave much room for error, especially if the Argentine is going to be relied on next season.

Joan Laporta does not have room for error at present, thanks to Josep Maria Bartomeu’s mistakes, and the president gains nothing from this deal, especially long term, and it is the long term future of the club the Spaniard needs to prioritise. If Erling Haaland has to wait another year, put Ansu Fati up top, use Ousmane Dembele and Fransisco Trincao on the wings, or promote someone from Barcelona B, whatever Ronald Koeman decides to do, it will be more reassuring in the long term than signing Sergio Aguero.