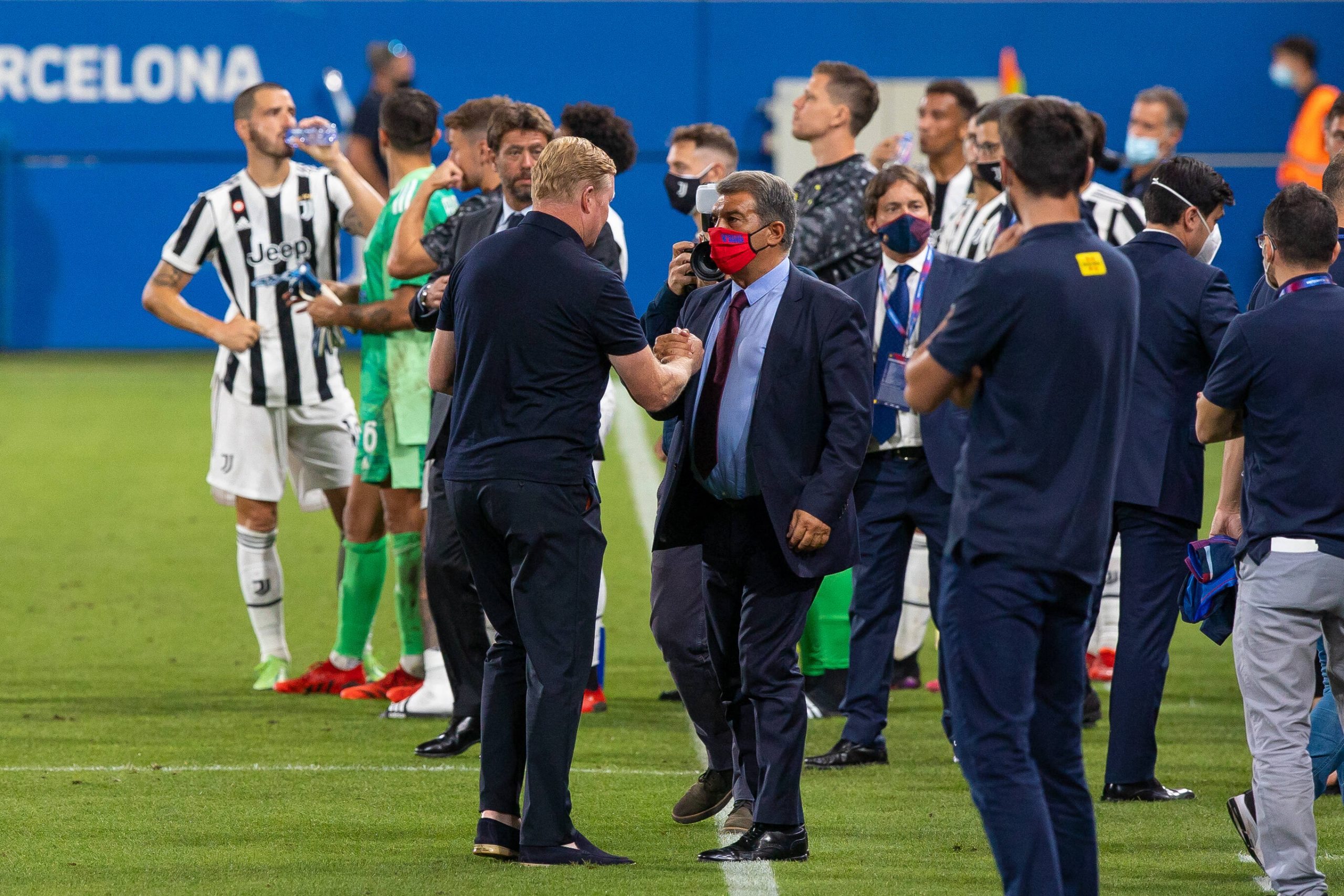 Ronald Koeman has had a turbulent stint as manager of Barcelona. From the ‘Burofax’ incident of Lionel Messi right at the time of his arrival to Josep Maria Bartomeu’s resignation, Joan Laporta getting reelected, financial issues, Messi’s exit, player registration problems: the Dutchman has seen it all.

During this period, questions have been constantly raised over his suitability for the job. Fans, in particular, have been discontent with how Koeman has treated academy prospect Riqui Puig while many believe his team does not play the ‘Barcelona way’.

Koeman, in a recent interview, spoke about his equation with Laporta, where he revealed that he felt disrespected after the new president had raised doubts over his job soon after his reelection, at a time when Barca had just won the Copa del Rey.

The Dutchman also revealed that he was not impressed by the leaks happening to the media regarding his contract and objectives that surfaced over the last month. However, he admitted having sorted things out with Laporta and turned over a new leaf.

Laporta, for his part, speaking in an interview with TV3, gave his public backing to his manager earlier this week as well, insisting that Koeman had his ‘full support, trust, and respect’.

Despite there being indications of the pair mending fences, SPORT’s Lluis Mascaro has now claimed that things are still not okay between Laporta and Koeman. However, there seems to be a non-aggression pact between them for now, as they look to put their differences aside for the good of the club.

However, it is further claimed that given the way things are, it is likely to get difficult for Koeman and Laporta to continue working together for more than a year. These claims come at a moment when Barca are set to hand the Dutch tactician a new contract, with his current one expiring next year.

At a juncture when Barcelona are going through tough times, it becomes important for everyone to stick together. Whether Koeman and Laporta are able to do so, remains to be seen.