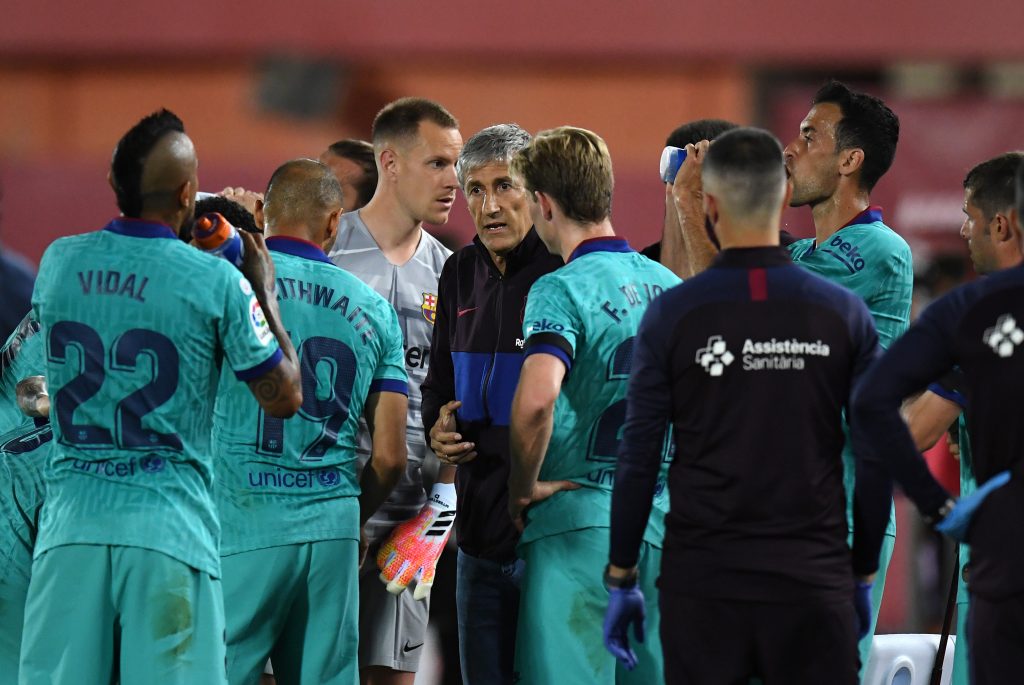 Quique Setién will not continue FC Barcelona next season. That is the intention of the Catalan club, according to Rubén Uría, a journalist for DAZN and Goal Espana. Barça believes that the coach has lost the relationship with the dressing room and the board. The board will support him in public, right now Barça plans to dismiss Setién at the end of the season.

The board started to think that hiring Quique Setién was a mistake. They aren’t satisfied with the results.

Quique Setién does not fit in the dressing room. Some of the players don’t understand his instructions, while others are frustrated about the methods he uses. If things get worse, some voices around the club are suggesting Barça B coach García Pimienta or Xavi to take over.

The players will continue to fight for titles, but they have lost confidence in Setién. Mathematically, it is possible that Setién ends up winning the League and even the Champions League – which will obviously change the thoughts on him.