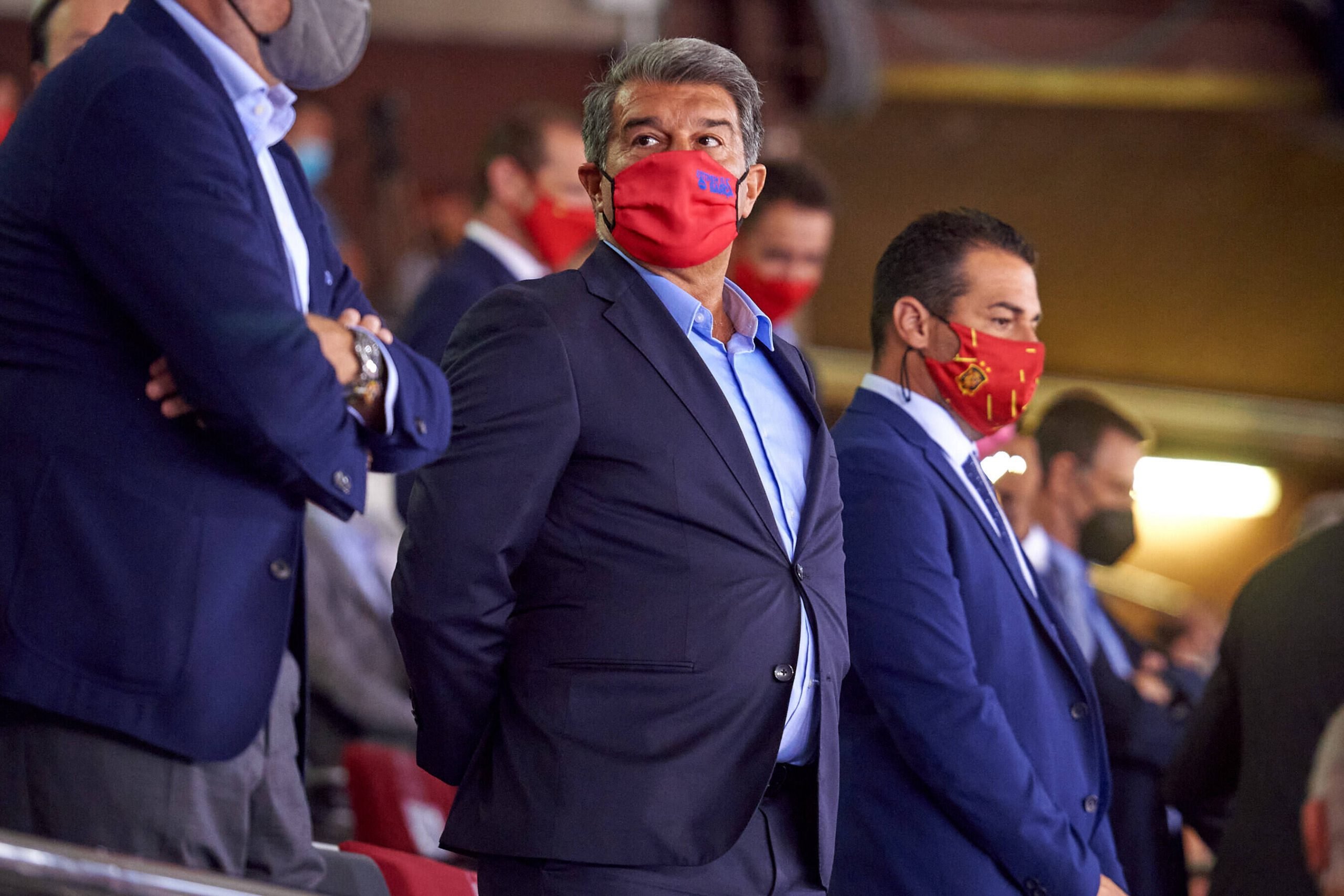 2020/21 was supposed to be a transition season for Barcelona, with the following summer window helping them to complete every bit of their team. Alas, it was not meant to be owing to the club’s unfortunate financial situation, with the wage debt reportedly exceeding €200 million in debt.

On the back of the same, another, and this time probably permanent pay cut is due soon. SPORT have reported that president Joan Laporta will ask Gerard Pique, Jordi Alba, and Sergio Busquets to take a 40% pay cut on their current contracts.

Barça desperately need some of their biggest earners to step up and agree to the pay cut so they can register their new signings Sergio Aguero, Memphis Depay, Eric Garcia, and Emerson Royal. Moreover, without a huge series of cutting back on the wage bill, the Blaugranas will not be able to renew Lionel Messi.

The only other way to keep the six-time Ballon d’Or winner would be to move forward with the sale of Antoine Griezmann. A swap between him and Saul Niguez has been proposed by Atletico Madrid, but it’s barely in the initial stages as of now.

Messi himself has reportedly agreed to a massive 50% pay cut on his contract in order to stay in Barcelona. Moreover, after completing his international redemption with Argentina, winning the Copa America, it seems that his continuity is a formality at this point.

Joan Laporta publicly made a commitment that the club wanted and will make nearly four more signings after completing the initial four. Ronald Koeman backed up the statement saying that he would want a midfielder at the club given the lack of personnel in the centre of the park.

“A priority signing? If we see the departures that there are or may be, someone may be missing in the midfield. It’s important to have a player to help us improve, but let’s see how things will develop between now and the end of August,” he said.