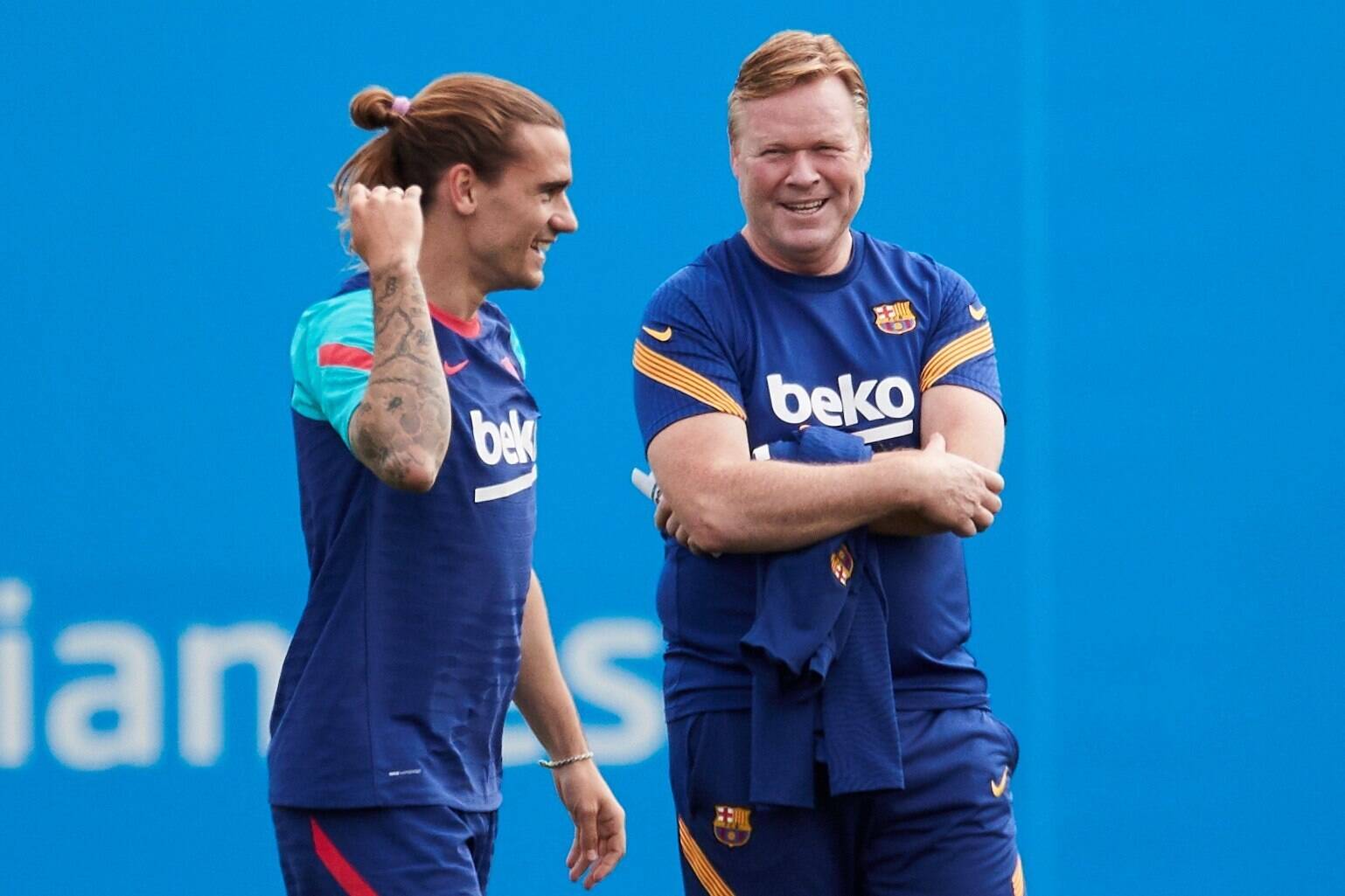 Ronald Koeman is in for the toughest season of his career as a football coach as Barcelona gear up for 2021/22. After a rollercoaster of a 2020/21 season, the Barça administration and fans want the club to get back to winning ways as soon as possible.

Speaking post a golf tournament he organised, Koeman talked to media outlets, relayed by COPE. Predictably, the questions started with Lionel Messi, who has been a free agent for ten days now with no news about his contract renewal.

“Messi? There is concern but we are confident that Messi will continue. It’s also important for La Liga,” Koeman said.

Antoine Griezmann has been subject to a departure away from Barcelona, especially if Messi was to continue. However, when asked about the Frenchman, Koeman gave a very diplomatic answer: “Griezmann is very important for me. He’s been a great signing for Barça and has shown his quality. He’s performed well and is a very good player. But I insist, I don’t know which decisions will be made.”

“I’m counting on Griezmann,” he continued.

The former Everton man insisted that he wanted to know the squad he has ahead of the next season and preseason, saying, “It’s important to know which players you are going to have, we know that there is a limit, we are in pre-season and work is being done.”

However, he said he knew about the limitations the club has in terms of the massive wage debt and commented on the same: “All players know the state of the club. We are worried. On the issue of salaries, the club is trying to reduce it and everyone should accept it.”

Finally, he talked about new signings and which position in the team he would like to prioritise next: “A priority signing? If we see the departures that there are or may be, someone may be missing in the midfield. It’s important to have a player to help us improve, but let’s see how things will develop between now and the end of August.”