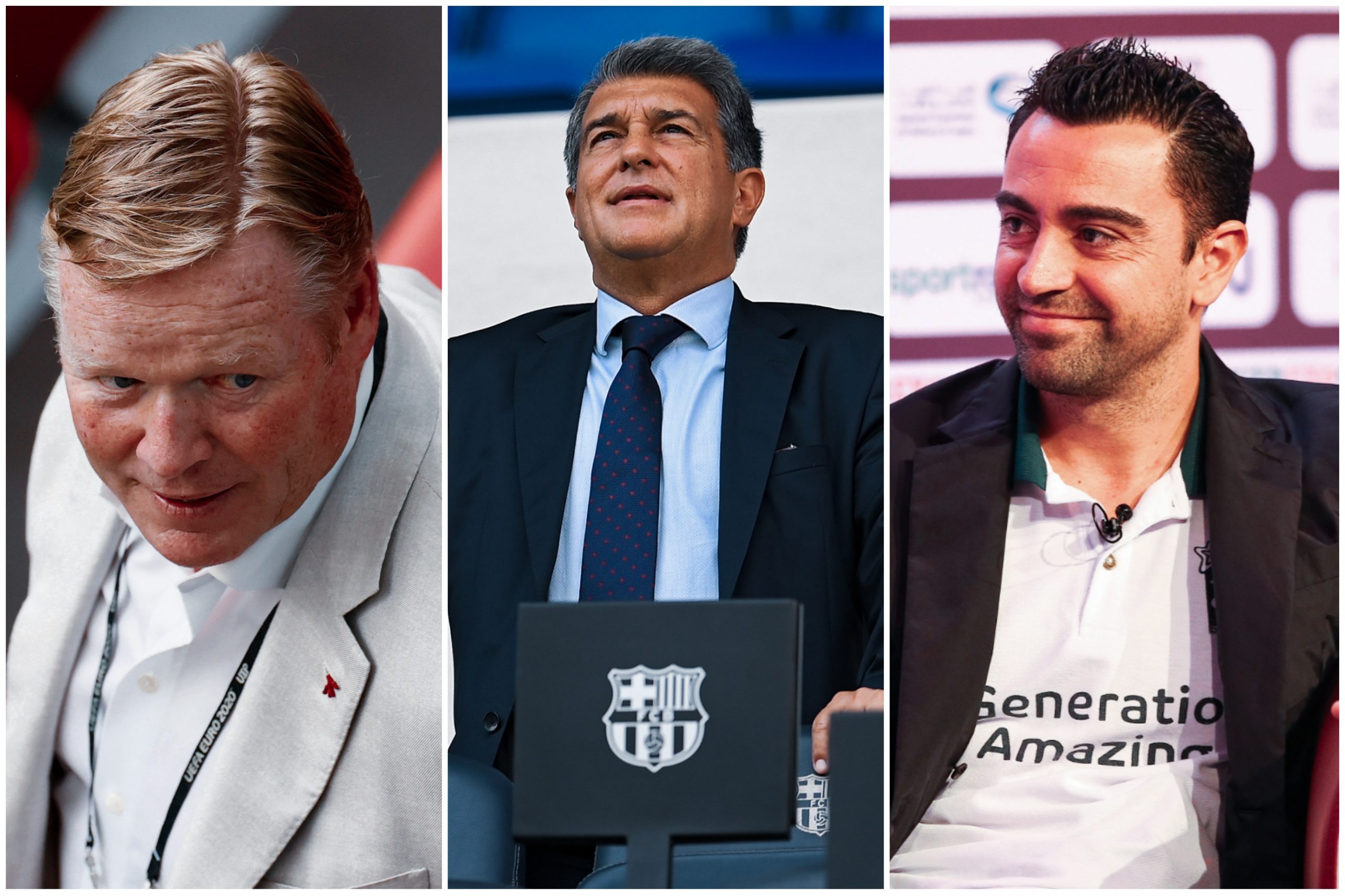 Just when it seemed like the talks of a managerial change at Barcelona would subside after Joan Laporta’s backing of Ronald Koeman, there has been a new development with regard to one of the replacement candidates, Xavi Hernandez.

According to Mundo Deportivo, Barcelona president Joan Laporta has spoken to the former midfielder in the last hours, and the pair are back on good terms after their relationship had hit rocky terrain over the past few months.

Xavi’s name has been heavily linked with the Barcelona manager’s job for quite some time now. He had declined to take over when Ernesto Valverde was released last year, while his name resurfaced again this year during the presidential elections.

With Koeman under pressure after the recent run of poor results to Barca icon was once again among the favourites for the role, with the board backing him. However, a problematic relationship with Laporta was said to be a hindrance for any progress to be made.

But, as per the latest developments, the duo has held a dialogue during which Laporta explained to Xavi his decision to back Koeman while also addressing the rumours that have been flying around for the past month or so.

The pair have resolved any differences, and even though Xavi is not gunning for the Barcelona job currently out of respect for Koeman and the club, Laporta is said to be aware that the former midfielder would be willing to take over in case of the Dutchman’s departure.

Koeman himself admitted after the defeat to Atletico Madrid that the next three games were essential for him too, with regards to his future at the club. The Blaugrana face Valencia, Dynamo Kyiv, and Real Madrid post the international break, and the outcome of these games will prove decisive to whether the 58-year-old stays or leave.

Even though Xavi is contracted with Al Sadd till 2023, he is said to have a verbal agreement with the owners that he will be allowed to leave if Barcelona come calling. And, incidentally, Xavi will be leading the Qatari outfit in a Cup final the same week as El Clasico. Post that game, the report states that the club would be willing to facilitate an exit.