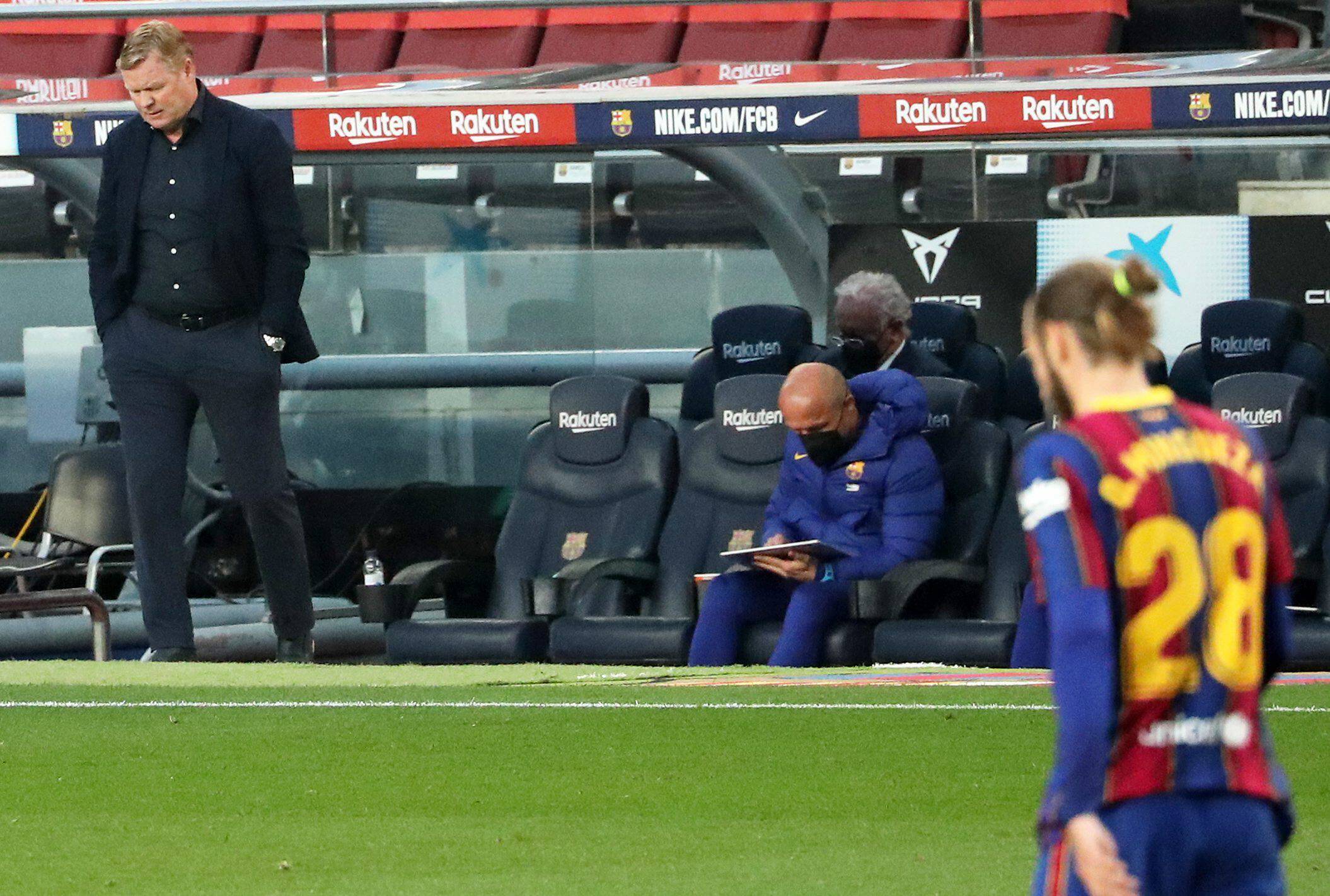 Multiple reports, including one from journalist Toni Juanmarti, suggest that the Barcelona dressing room is unhappy with Ronald Koeman’s in-game management following their disappointing defeat to Granada in La Liga. The loss saw the Catalans’ title aspirations suffer a major setback as they missed out on the opportunity to go top of the table for the first time this season.

In a night that went from good to bad to worse for the Blaugrana, Ronald Koeman was also sent to the stands and has now been handed a two-game suspension, which means he will be absent from the dugout in both of Barcelona’s crucial matches against Valencia and Atletico Madrid.

The reports highlight that several heavyweights of the dressing room have come out and voiced their disappointment with Koeman’s substitutions and approach to the Granada game. After Barcelona took an early lead through Lionel Messi, Granada equalised in the second half against the run of play, following which the Catalans just did not respond.

After a flat and disappointing performance, the squad believed that they had “thrown away the work of months,” which saw them cover an almost impossible points deficit. The team still believe in Koeman at the helm, since the Dutchman has done a fine job since he took over given the circumstances.

However, the squad believe that Koeman’s reading of situations during the match and adaptability can be greatly improved. Mundo Deportivo, however, highlights that the coach has spoken to the players after the defeat and encouraged them to keep believing that they can win the title.

The Dutch coach believes that the match against Valencia at the Mestella will be crucial in their pursuit of a 27th La Liga crown. While he will not be available in the dugout, how he sets up his team in a game as crucial as this will be interesting to observe.