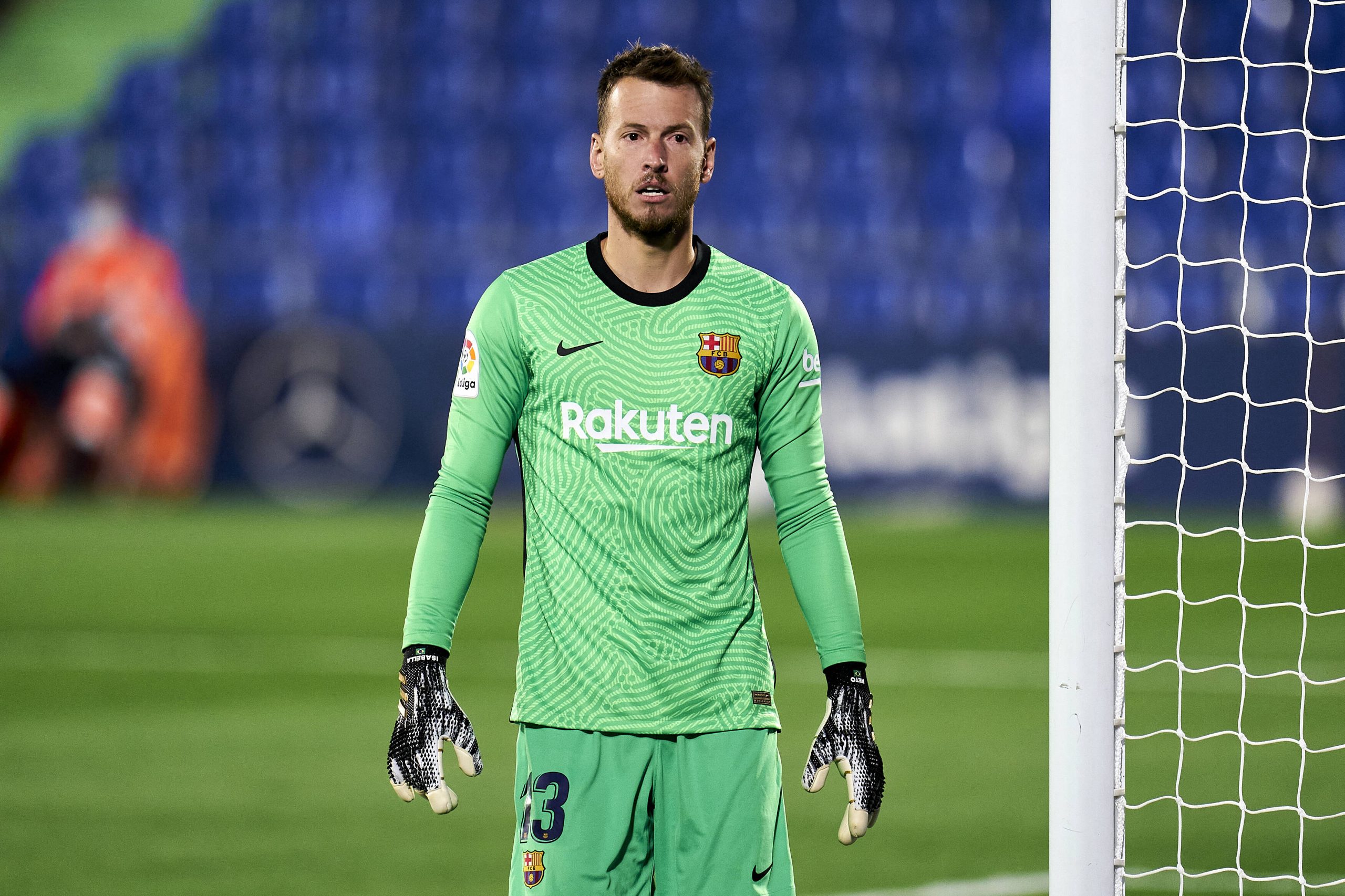 Barcelona are set to continue on their squad overhaul, with more stars set to be offloaded from Camp Nou over the coming weeks.

Given the situation at the club with the bloated roster and a massive wage bill, cutdowns have become a necessary measure for Barcelona. As a result, there have been quite a few departures of late with Jean-Clair Todibo, Konrad de la Fuente and Matheus Fernandes parting ways with the Catalans. Junior Firpo is also on the verge of completing a transfer to Leeds United.

Next in line to follow the aforementioned players through the exit doors at Camp Nou, as per Mundo Deportivo, could be backup goalkeeper Neto. The Brazilian arrived at the club back in the summer of 2019 from fellow La Liga outfit Valencia, as part of a deal that saw Jasper Cillessen move the other way.

However, Neto has spent his entire two-year stint at Barcelona in the shadows of first-choice goalkeeper Marc-Andre ter Stegen. Indeed, the 31-year-old has managed just 17 senior appearances for the Blaugrana so far, and as a result, has his heart set on a summer exit.

And, if the report is to go by, Neto, like Firpo, could be bound for the Premier League, with Arsenal emerging as the frontrunners to land the Brazilian. It is claimed that the Gunners were keen on signing the ex-Juventus custodian back in the January transfer window as well but a move could not be agreed upon.

However, that may be set to change this time out as manager Mikel Arteta pushes for a new goalkeeper despite having Bernd Leno and Runar Alex Runarsson already at his disposal. Apart from Arsenal, Neto is also courting interest from fellow Premier League outfit Everton whereas AS Roma in Italy have also shown an interest.

But as things stand, it is Arsenal who are leading the chase for the 31-year-old, with Barcelona more than happy to get him off the books to further trim their wage bill. As for a potential replacement for Neto, the Catalans do not plan on signing a new goalkeeper in the summer, with academy product Inaki Pena in line to be promoted to ter Stegen’s understudy.